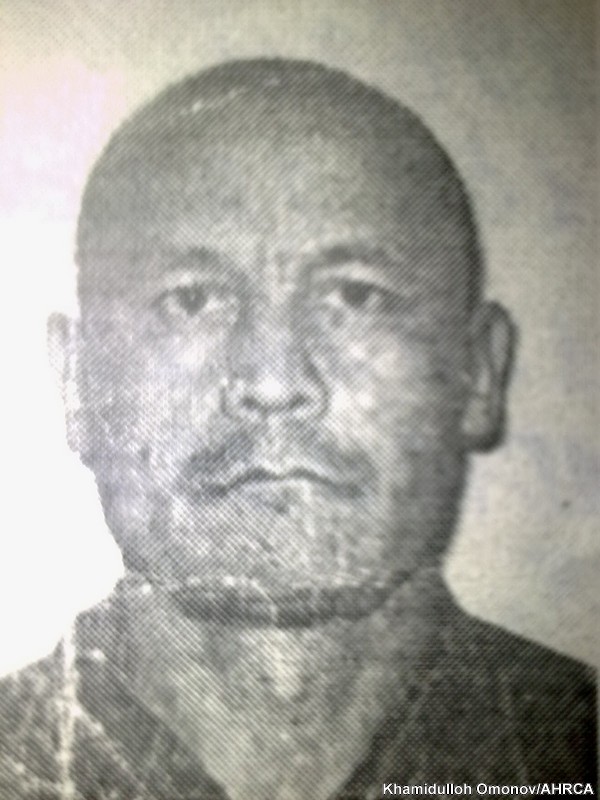 torture prevention
4 April 2013 in the colony UYa 64/51 in the Qashqadarya Province near Kassan, an inmate Khamidulloh Omonov died.
Omonov’s relatives were informed of his death and burial. The prison administration refused to give the body to the relatives.
11 April 2013 Khamidulloh Omonov’s relatives received a telegramme from the colony informing them that he died of acute heart failure and was buried at the Kassan cemetery in Qashqadarya province.
Here is the content of the telegramme:
"city of Karshi 221/446 70 11/04 16:10
Republic of Kyrgyzstan city of Osh Muminov Street House 68 Omonova Muhabbat
Your husband Omonov Khamidulloh Inatzinovich died on 04.04.2013 of acute heart failure. To your address a telegramme was sent on 04.04.2013, but there was no answer, therefore, in accordance with the established order he was buried at the Kassan cemetery.
Our address: Qashqadarya province Kassan city, 5th micro-district, penitentiary institution UYa 64/51 telephone: 9998955066451
8-375-599-18-00".
Head of the institution UYa 64/51 Colonel ZP Ravshanov 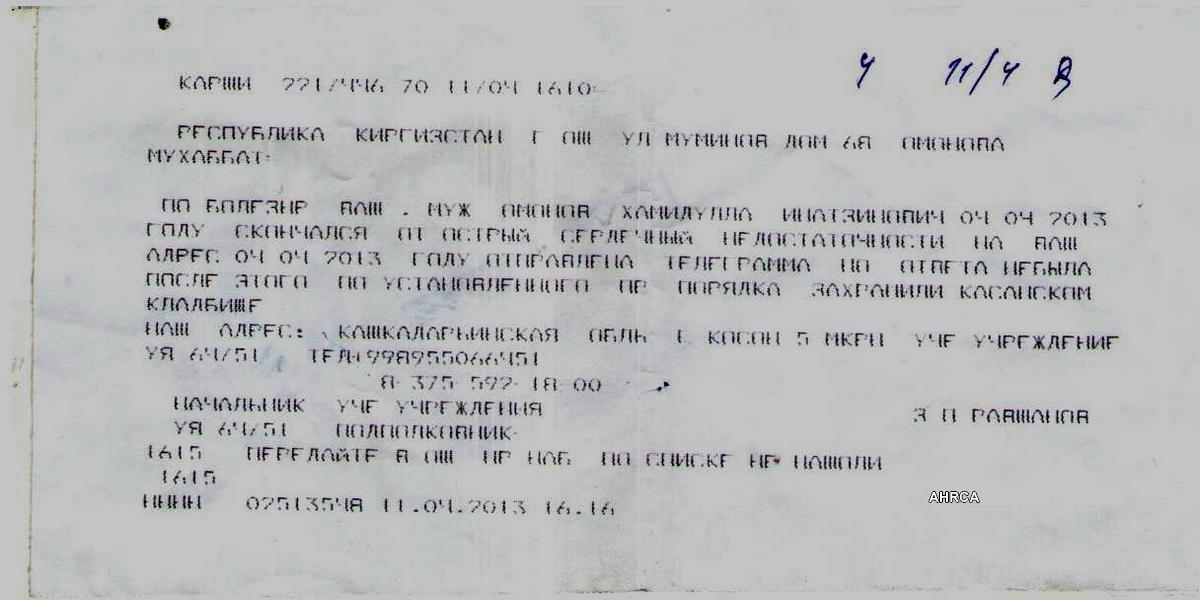 Khamidulloh Inatzinovich Omonov was born on 5 April 1963 in the city of Osh, Kyrgyz Soviet Socialist Republic, citizen of Kyrgyzstan, ethnic Uzbek, married, with 4 children; before the arrest worked as a car mechanic.

He drew the attention of law enforcement bodies as a member of “Hizb ut-Tahrir” Party. He did not conceal his membership in that organisation. He was buried at the Kassan cemetery in the Qashqadarya province of Uzbekistan.

Omonov was arrested in 1999 in the town of Khodjaabad, Andijan province. An agent provocateur of the Uzbek secret service lured Omonov to come to Uzbekistan under a pretext of a lucrative car repair order where he was arrested. Consequently, Omonov was sentenced to a lengthy prison term under Article 159 of the Criminal Code of Uzbekistan (encroachment on the constitutional order).

Since 2007 he was sentenced to additional prison terms four times under Article 221 Criminal Code of Uzbekistan (disobedience of lawful demands of the administration of penitentiary institution). 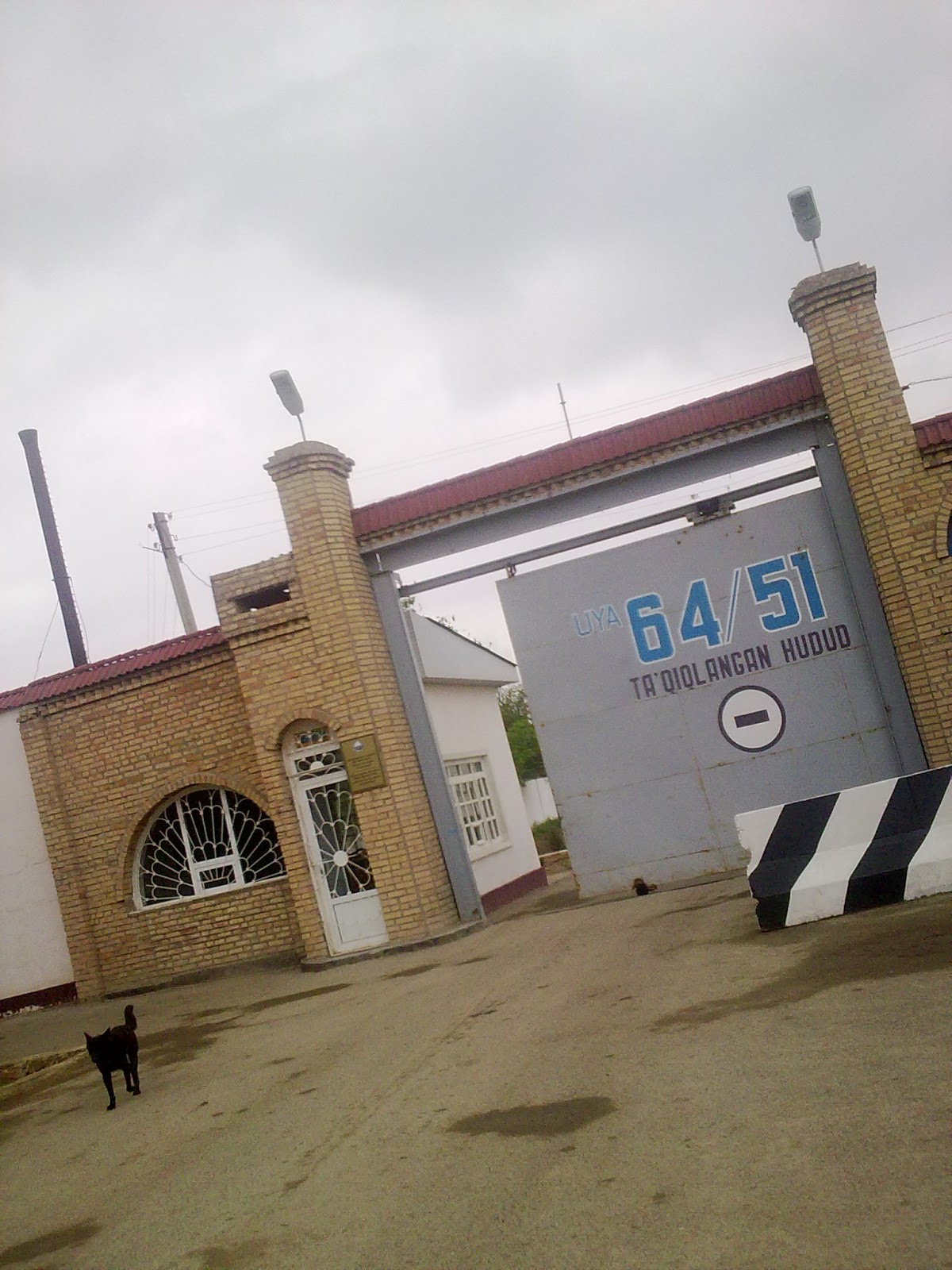 According to multiple references, Khamidulloh Inatzinovich Omonov was a healthy person. He only admitted once that his vision was deteriorating. Omonov never complained about having heart attacks or physical debility. On the eve of his death he called his home in Osh and did not complain about his health, therefore, the official information about the cause of his death gives grounds for grave concern and doubt.
Omonov was highly respected in his hometown and among the inmates. He was subjected to torture and cruel treatment many times. It is known from reliable source that he was bullied most frequently by the head of the colony 64/51 Lieutenant Colonel Z. Ravshanov, the one who actually sent the telegramme about his death to his relatives.
Practice of torture
Usually on the eve of meetings with his wife he was placed in a disciplinary cell under various pretexts. Before that they would tie his eyes with a cloth and take him to an isolation cell for especially dangerous criminals guarded by armed personnel. Lieutenant Colonel Z.P. Ravshanov was one of those who would often force him to smoke or to write a clemency letter to Islam Karimov.
When Omonov refused to do that he would be beaten all over his body, insulted verbally and his human dignity degraded. However, Omonov always retained his endurance and never gave up on principles of Islam, which prescribe the Muslim a number of restrictions including a ban on smoking or use of tobacco as such. This irritated the administration personnel very much and generated more and more support among prisoners. Because of that he was often transported under guard to different colonies. For some time he was held in colony “Jaslyk” in Karakalpakstan. That zone became a symbol of state lawlessness. It was a place where mainly prisoners convicted for membership in banned organisations, for criticizing regime or complicity in terrorism are held. According to the observations of the Association for Human Rights in Central Asia, in effect, these people are prosecuted for their beliefs on a mass scale.
After another conflict with administration of the colony Khamidulloh Omonov was forcefully transported to “sangorod” – a hospital colony – as if due to a broken leg, where they actually broke his leg and then diagnosed him with a broken leg “injury”.
Khamidulloh Omonov’s wife refuses to give an interview because Uzbek authorities threatened her with reprisals, if she comments the situation for mass media.
Attempts of relatives to obtain the body of Khamidulloh Omonov

From 12 to 17 April 2013 Omonov’s relatives were in Kassan in Uzbekistan and tried to obtain his body for burial in his home city Osh in Kyrgyzstan. They were refused. Till present, his grave is being guarded.

18 April 2013 in Osh a ritual of remembrance for Omonov was held (called “janoza” in Uzbek); about five thousand people came to express condolences to his family and relatives.

The wife of Khamidulloh Omonov refused to give an interview, because Uzbek authorities threatened her with reprisals, if she commented to mass media on the situation.

The case of Khamidulloh Omonov exposed flaws in the Uzbekistan legislation on the discharge of the body of the diseased prisoners who die in penitentiary institutions, especially in part referring to foreign citizens.

Formally, this procedure is regulated by laws “On burial and funeral affairs” adopted by the Legislative Chamber on 18 November 2010 and approved by the Senate on 3 December 2010; “On regulation of custody conditions in administering criminal case” adopted by Legislative Chamber on 27 July 2011 and approved by Senate on 26 August 2011 (Article 16 and 17) and Criminal Penal Code of the Republic of Uzbekistan (Article 170). In Uzbekistan jailed foreign citizens enjoy rights and freedoms and bear liability in the same manner as citizens of Uzbekistan, however, procedures regulating hand-over of the bodies of those diseased in custody are not defined.

International law envisages that in case of a person’s death his body must be given to relatives for burial and they must be notified in time to enable them to perform the necessary rituals of burial.

Association for Human Rights in Central Asia calls upon the UN High Commissioner for Human Rights to intervene in Khamidulloh Omonov’s case and to protect the right of the relatives to take his body for burial in his home country.