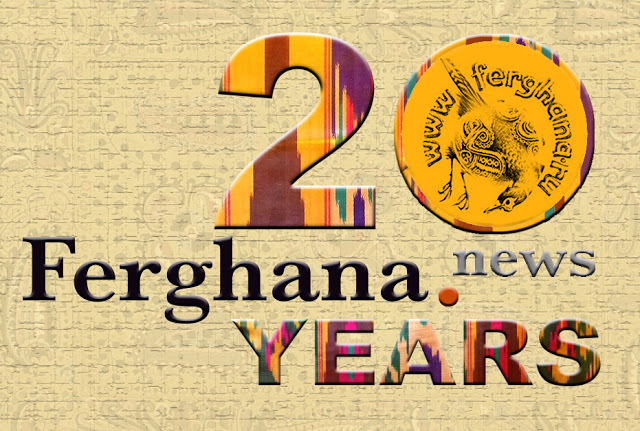 freedom to express
We would like to extend our sincere congratulations to all the staff of Fergananews and, in particular, to Fergananews agency correspondent Hayotkhon Nasreddinov and his family, and the family and friends of the late Alisher Saipov, who were awarded the Andrey Sakharov prize "For Courage" in the category of "Acts of Journalism" on 31 January 2018.
Alisher Saipov was awarded the prize posthumously. He died on October 24, 2007, after being shot in the back in Osh, Kyrgyzstan as he was walking down the street. To date no one has been brought to justice for his murder. Alisher Saipov worked as correspondent for Fergananews, Radio Free Europe/Radio Liberty’s Uzbek service, the Voice of America, and other publications. He covered the start of the so-called "March revolution" in 2005 in Kyrgyzstan, and reported on the aftermath of the Andijan massacre in Uzbekistan in May 2005.  Shortly before his death Saipov established and ran the newspaper Siyosat (Politics), which quickly became popular in southern Kyrgyzstan and neighboring Uzbekistan.
Hayotkhon Nasreddinov is a blogger, journalist, human rights activist, economist and teacher. As an economist he has worked in various organizations in Uzbekistan and has written over thirty articles about his main area of expertise, Uzbekistan’s banking sector. On October 20, 2017 Nasreddinov was detained in Tashkent and remains at present in a pre-trial detention facility of the National Security Services (more commonly known by its Russian acronym SNB) in Tashkent. There is no information about any charges against him or whether a court has sanctioned his arrest.
2018 marks the 20th anniversary of the online edition of the independent news agency Fergananews, also known as Fergana.ru, established by editor-in-chief Daniil Kislov in 1998 with the domain registered on 21 July 1999. Over the years, the news site has acquired thousands of regular readers, and counts amongst its authors Central Asia’s leading experts.  Fergananews covers issues of importance to the region such as human rights, humanitarian crises, labour migration, political developments and the actions and attitudes of the authorities in Central Asian countries towards the general public.
Fergananews’s correspondents on the ground often work in stressful and high-risk situations. Currently, three Fergananews correspondents are in detention in Central Asia: Bobomurod Abdullayev and Hayotkhon Nasreddinov in Uzbekistan and Khayirullo Mirsaidov in Tajikistan. All of them have been detained on politically-motivated charges and have been denied access to adequate legal assistance. Over the last five years more than fifteen Fergananews journalists and correspondents in Central Asia have been the subject of politically-motivated prosecutions.
Fergananews has been blocked by state providers in Central Asian countries at various times, but despite these difficulties it continues to provide a vital platform for the exchange of views and commentaries on current affairs in the region and beyond.
We congratulate the staff of Fergananews on this anniversary and hope that they will continue their important presence in the information space and remain a source for comprehensive and independent information from the region.
We express our solidarity with the journalists imprisoned in Central Asia and their families and we will continue to seek justice for them.
Reporters sans frontières (RSF), France
Amnesty International, UK
International Partnership for Human Rights (IPHR), Belgium
Human Rights Watch (HRW), USA
Association for Human Rights in Central Asia (AHRCA), France
Norwegian Helsinki Committee (NHC), Norway
Civil Rights Defenders, Sweden
Uzbek-German Forum (UGF), Germany
Freedom House, USA
Committee to Protect Journalists (CPJ), USA
Kazakhstan International Bureau for Human Rights and Rule of Law, Kazakhstan
Freedom to express Uzbekistan