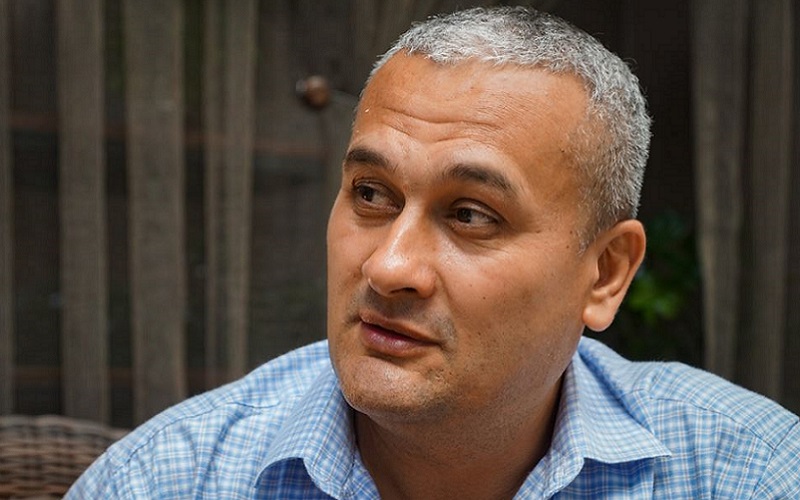 On 27 September 2017, at approximately 13.30 in Tashkent, a journalist Bobomurod Abdullaev left his house but did not come back. Two days later, his family learnt that he was in custody in the pre-trial detention facility of the National Security Service of Uzbekistan.
In the afternoon of 29 September officers of the Security Services conducted a search, which lasted six hours, in the house where Bobomud Abdullaev lived with his family. The processor, books, disks and flash cards were seized. There is no information yet about the state of Bobomurod Abdullaev. A lawyer has not been allowed yet to see him.
Bobomurod ABDULLAEV was born in 1973. He has higher education. Mr. Abdullaev is a freelance journalist, he has been commenting on football competitions as a sports observer for many years; He participates as an independent expert in radio discussions of Ozodlik – the Uzbek language service of the Radio Free Europe/Radio Liberty.
Mr. Abdullaev is the founder and was the leader of the project Ozod Ovoz – Free Voice. As an IWPR correspondent, he also participated in media projects of Internews International. Mr. Abdullaev started his journalistic career as the Editor in Chief of the Methodology Department of the Central Bank of the Republic of Uzbekistan and worked at the press service of the ASAKA Bank in Tashkent.
According to the preliminary version of the investigation, he was suspected of stealing. It is possible that this is a formal reason for his arrest, because, shortly before being arrested, he noticed that his was under surveillance.
On 1 October a court hearing was scheduled at the Yunusabad District Criminal Court to extend his preliminary detention. Neither his defence lawyer nor his family were able to find out whether this hearing took place or not.
We regard the arrest of Bobomurod Abdullayev, on the eve of the Central Asian Media Conference on the issues of the media freedom,organised by the Representative Office of the Organisation for Security andCooperation in Europe (OSCE), as a clear signal that the Uzbek authorities are not prepared to have a dialogue with civil society.
We urge the government of Uzbekistan to immediately release the freelance journalist Bobomurod Abdullayev, respect his right to express his opinion freely and unhindered, have access to a defence lawyer of his choice and ensure that his trial is public, as well as granting access to his lawyer and relatives.
Freedom to express Uzbekistan