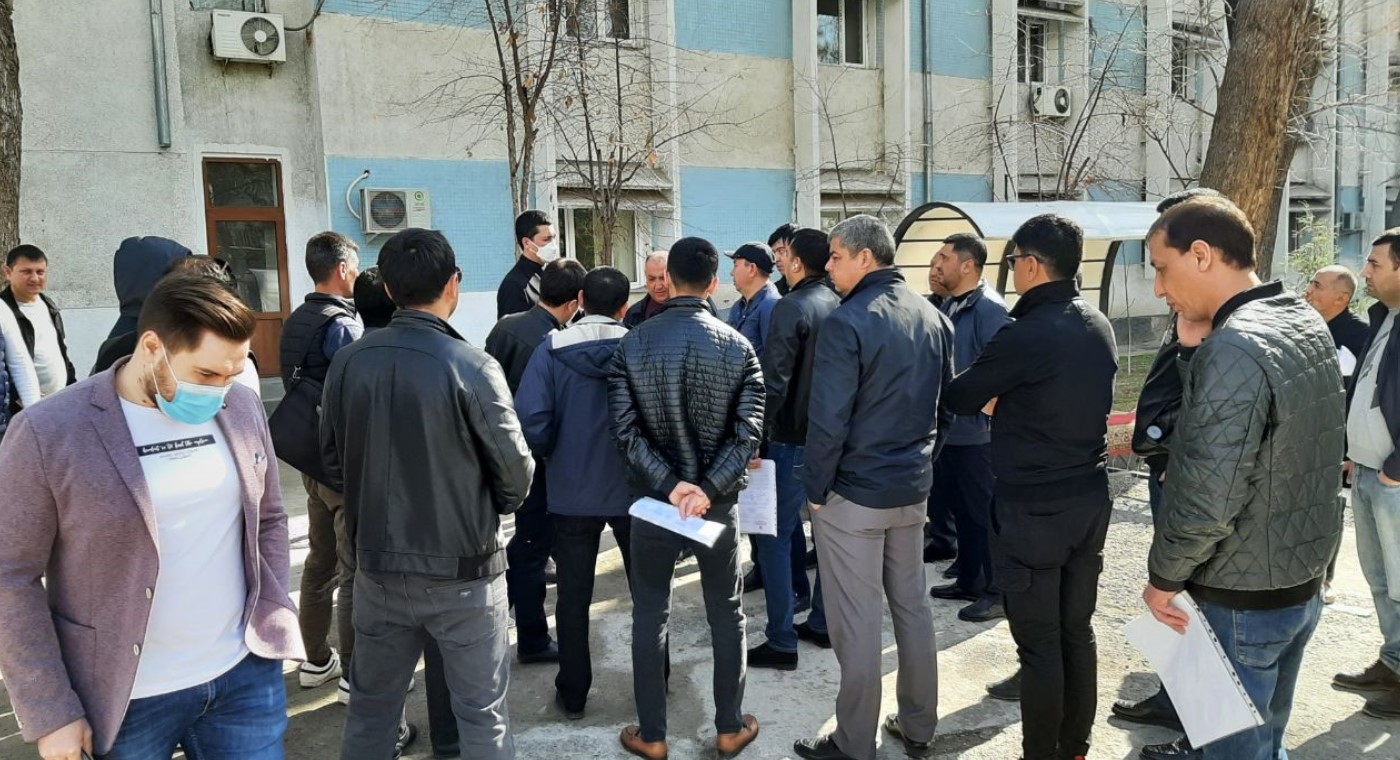 The Association for Human Rights in Central Asia (AHRCA), International Partnership for Human Rights (IPHR) and the Norwegian Helsinki Committee (NHC) are concerned about reports that small business owners in Uzbekistan have been subjected to pressure and intimidation when protesting against the arbitrary collection of additional, large-scale tax payments by tax services. The authorities have failed to take adequate action in response to complaints filed by business owners affected by the actions of the tax services, which have negatively affected their ability and that of their employees to work and gain a living.

In the last few weeks, several hundred business owners, including many small business owners in different parts of Uzbekistan have reported unannounced withdrawals from their business accounts by the Uzbekistani tax authorities. According to information received by the AHRCA, initial amounts seized by the tax authorities ranged from the equivalent of 3000 USD to  tens of thousands of USD, with even higher sums reported later. The tax authorities have claimed that the withdrawals were made to collect additional, corrected tax payments from the affected business owners because these had allegedly engaged in questionable business transactions not eligible for VAT deductions. However, the withdrawals were executed in an arbitrary fashion, without warning and in violation of the procedural requirements set out by national law. Affected small business owners have reported being left without financial means to pay the salaries of their employees and fulfil contractual obligations to business partners.

The actions taken by the tax authorities have led to protests among small business owners, who have spoken out against what they perceive as being unfair and unlawful treatment. In particular, on 12, 15 and 16 February 2021, groups of entrepreneurs held protests outside the Tashkent City Tax Service and at the premises of the National Tax Committee, where representatives of the City Prosecutor’s Office were present. The protests continued on 18 and 19 February 2021 as protesters demanded explanations and promises of refunds from state bodies.  As well as physical protests, affected business owners have mobilized online, with over 4000 people having joined Telegram groups on the issue.  Affected small business owners have also filed complaints with the prosecutor and tax authorities, as well as with courts with the aim of clarifying the reason for the withdrawals made by the tax authorities.
According to information received by AHRCA, business owners who have criticized the actions of the tax authorities have been subjected to surveillance and threats by officials from the state security services and have been singled out for unscheduled, invasive inspections by tax and other state bodies in an apparent attempt to get them to cease outspoken criticism on social media.  The website of the tax service reports that inspections were carried out in relation to over 5000 business owners in the period from 15 to 25 February 2021.
On 22 February 2021, reports emerged that the authorities had threatened some of the protestors with criminal charges for participating in unsanctioned rallies. Under national law, those organizing protests must receive pre-approval by authorities, in violation of international human rights standards and courts often qualify unauthorized rallies as ‘’riots”. Participation in riots is punishable by up to 15 years in prison under Article 244 of the Criminal Code, and currently parliament is considering draft legislation that would introduce additional penalties to this article, including for public calls for riots. Against this background, entrepreneurs have taken the threats of criminal prosecution particularly seriously.
We call on the Uzbekistani authorities, in accordance with their international human rights obligations, to respect the freedoms of expression, association and peaceful assembly of small business owners protesting against the recent actions of the State Tax Service and to ensure that such individuals are not subjected to threats and pressure on this ground. We also call on the authorities to uphold the rule of law in dealings with small business owners and to undertake a swift, effective and transparent investigation into any allegations of unjustified withdrawals of funds from the accounts of such entrepreneurs by tax authorities and ensure that any funds  groundlessly seized are promptly returned, thereby also protecting the right to work and gain one’s living of the affected entrepreneurs and their employees.
Additional information  regarding irregular tax withdrawals:
On 12 February 2021, hundreds of business owners  in the capital city Tashkent and the provinces of Uzbekistan discovered that the state tax service had withdrawn funds from their bank accounts, as apparent compensation for additional VAT payments charged to them.
Only on 15 February 2021 did an official explanation for these withdrawals appear on the website of the State Tax Committee. According to this statement, applicable VAT deductions had been adjusted or cancelled in the case of businesses found to have conducted transactions with ‘’dishonest’’ taxpayers engaged in ‘’questionable’’ financial operations, thus resulting in VAT deductions having been made for ineligible transactions. The statement also said that each case would be ‘’considered individually’’ and that VAT deductions would be restored if affected businesses submit documents confirming the legality of transactions and demonstrating that they had exercised due diligence when choosing business partners.
The actions of the tax authorities, who immediately withdrew funds for alleged tax reporting/payment errors, were carried out in violation of national law. According to the Tax Code, the tax authorities should first have had to issue a request to the affected business owners to pay additional, individually determined tax amounts and given them time to do so. Only a court can sanction the forceful collection of funds.
Currently the campaign by tax authorities against small business owners continues and up to now, affected entrepreneurs have not received satisfactory explanations for the actions taken against them. Their attempts to use legal appeals mechanisms to obtain justice have been unsuccessful to date: the complaints they have filed with the tax and prosecutor authorities have yet to be investigated, and courts have failed to investigate the lawfulness of the actions of the State Tax Committee in response to appeals lodged by entrepreneurs.
rule of law Uzbekistan