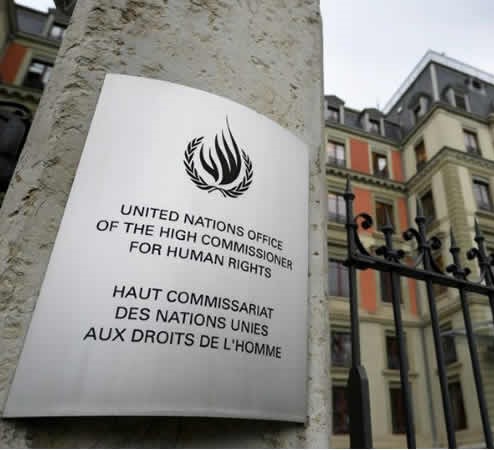 On March 02, 2020, the International Partnership for Human Rights and the Association for Human Rights in Central Asia issued a statement on Uzbekistan at the pre-session of the UN Human Rights Committee, which was held in Geneva, Switzerland.

Good afternoon committee members, good afternoon everyone
Association for Human Rights in Central Asia and International Partnership for Human Rights welcome the positive steps taken since President Mirziyoyev came to power, including the release of numerous prisoners who were imprisoned on politically motivated grounds and the stated justice and human rights reforms.
However, areas of concern remain:
Restrictions on independent media outlets persist, as do reprisals against critical journalists, bloggers and others who speak out about injustice and human rights violations including:  Sergey Naumov, Sid Yanushev and Aleksey Volosevich. Those with previous convictions are particularly at risk  - such as Andijan blogger Abdufatto Nuritdinov and journalist Bobomurod Abdullaev.
The government has failed to engage in constructive dialogue with independent civil society groups. Attempts by former political prisoners and human rights defenders Azam Farmonov, Dilmurod Saidov and Agzam Turgunov to register a new, independent human rights NGO, have been rejected three times since February 2019. (In fact, this week, on 5 March 2020 Agzam Turgunov expects to receive a reply to the 4th registration request from the Ministry of Justice).  He remains  subject to intimidation and harassment, persistent surveillance, and threats by the security services. Human rights defender Tatyana Davlatova is in a similar situation.
Judicial independence is routinely undermined by the executive branch of power. We are concerned at the lack of effective mechanisms of legal redress – for example for the last 5 years, entrepreneurs Elena Agibalova and Dinara Latipova have not been able to appeal the state and judicial decisions against them.
Sentences imposed in absentia remain in force despite violations of due process (such as lack of access for defendants and lawyers to their criminal files) and in absentia sentencing is still being used against political emigrants but legislative mechanisms for the review of such sentences are lacking.
We continue to receive reports of torture, particularly in relation to entrepreneurs (for example Ozodbek Mashrabov) and former highly-placed officials.
In February - 2020 the Ombudsman for human rights himself acknowledged the urgent need to improve investigations into torture allegations.  The authorities continue to refute all allegations of torture – for example  today Tashkent Military Court turned down the complaint of  journalist Vladimir Kaloshin, currently on trial for treason, regarding his allegation that he was subjected to torture since his arrest in July 2019.
The authorities also block access to justice and redress for those who suffered torture in the past (including entrepreneur Tulkin Abzalov).  Former political prisoners trying to seek justice face obstacles such as being unable to obtain copies of the court verdicts against them.
Thus impunity for perpetrators of torture remains the norm. Trials against former officials detained under President Mirziyoyev’s government and accused of torture are held behind closed doors, preventing public scrutiny.
We have received recent reports of torture and conditions of slave labour from prisons across the country, and there is a lack of transparent information on deaths in custody. A sad example is that of January 2020 when prisoner Khozhiakbar Ishankulov died in colony KIN-2 after setting fire to himself following abusive threats from the deputy head of the colony.
In relation to this,  we are concerned that local and international independent human rights defenders are still not able to access prisons and places of detention to carry out unannounced and independent monitoring.
More information can be found in our joint submission.
Thank you
Torture Defenders Political prisoners Uzbekistan