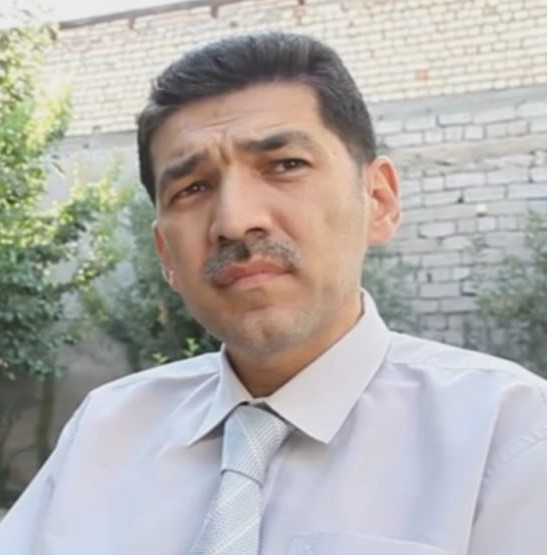 In October 2017, Haethan Gairatovich Nasreddinov  was detained in Uzbekistan’s capital Tashkent and has since been held in the detention facility of the National Security Service.
47-year-old Haethan Gairatovich Nasreddinov  has worked with Radio Liberty (Radio Free Europe) since 2010, writing blog articles.  A Doctor of Economics, he has written over 30 articles on the banking sector, which is his field of expertise. He also worked as a freelance correspondent for the Ferghana.Ru news agency, where he wrote articles and commentaries about the banking sector and additionally on issues related to democracy, and the situation of children and the elderly.
IPHR and AHRCA believe that Haethan Nasreddinov was detained for exercising his right to freedom of expression in legitimate ways.
Since he was detained serious violations of his procedural rights have reportedly been committed by the authorities. In particular, he has not been granted access to a lawyer. There are also serious concerns that he may have been subjected to torture and ill-treatment since such practices are known to be widespread in the SNB Tashkent detention centre where he is held.  SNB officials are reported to remain present when relatives meet detainees, and therefore AHRCA and IPHR fear that Nasreddinov has not been able to openly speak about his treatment with any visiting family members.
Over three months after his detention, it is unknown what, if any, charges have been brought against Nasreddinov and his relatives avoid contact with journalists and human rights activists, indicating that they may have come under pressure from the authorities.
We would like to draw the attention of the international community and in particular the UN Special Rapporteur on Torture, the UN Special Rapporteur on Freedom of Expression and international organizations in the field of human rights to the plight of Nasreddinov. We urge them to call on the Uzbekistani authorities to ensure that he is immediately and unconditionally released unless there are credible charges against him and his arrest has been sanctioned by court and that he is not being punished for exercising his right to freedom of expression, as protected by national and international law. The Uzbekistani authorities should also ensure also that Haethan Nasreddinov is immediately given unimpeded and confidential access to a lawyer of his choice, that he is not subjected to torture or other ill-treatment while in detention and that his relatives are not subjected to pressure, in accordance with the country’s international human rights obligations.
Freedom to express Uzbekistan