The Association for Human Rights in Central Asia (AHRCA) and International Partnership for Human Rights (IPHR) are concerned that the blogger Miraziz Bazarov, an outspoken critic of government policies and the human rights situation in Uzbekistan, stands charged with “libel”. On 29 April the court placed him under house arrest with strict limits on his contact with the outside world. The 29-year-old blogger is believed to be at risk of violent attacks by non-state actors. 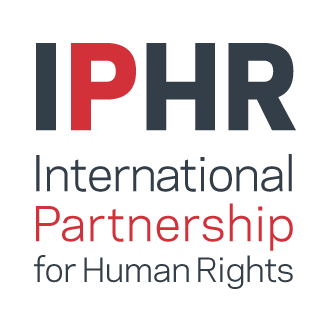 AHRCA and IPHR reiterate calls on the Uzbekistani authorities to protect Bazarov’s right to freedom of expression and opinion and stop any attempts to prosecute him for exercising these fundamental rights. The groups previously issued similar calls in a joint statement  with Amnesty International, Freedom House, Freedom Now, Justice for Journalists, Norwegian Helsinki Committee and Reporters without Borders published on 28 April 2021. The organisations have urged the authorities to protect Miraziz Bazarov, his mother and his girlfriend, who have received numerous anonymous threats of violence including death threats in recent weeks from non-state actors. Concern for their safety is heightened by the fact that the address where Bazarov has been placed under house arrest has been published online by unknown individuals.

In the evening of 28 April 2021, Tashkent City Police interrogate Miraziz Bazarov while he was being treated for injuries sustained in an attack by unknown men on 28 March 2021 in the Republican Clinical Hospital No.1. In the presence of Bazarov’s lawyer, the investigator questioned the young blogger about issues including content of his social media posts. During the interrogation Bazarov was informed that he was charged with “libel via mass media for selfish or other base motives” under Article 139, part 3g of the Criminal Code of Uzbekistan, which carries punishments of up to three years’ imprisonment.
On 30 April 2021 the Tashkent City Police Department reported on its website that it had received 28 complaints from citizens about Miraziz Bazarov’s social media posts. One of them was a complaint from several school teachers of school no. 110 in the capital’s Mirabad District stating that Bazarov had “denigrated their honour and dignity” by disseminating information on social media about the professional and personal qualities of teachers at this school. The criminal case for “libel” was opened on the basis of this complaint.
In October 2020 Bazarov had posted a video on tiktok where he had called on parents not to send their children to this school in Tashkent, remembering his own attendance at the school, and stating that the “school is the place were elderly female slaves and losers teach children to be slaves and losers”. The video does not mention any teacher by name and is clearly an expression of Bazarov’s personal opinion.
After Bazarov was discharged from hospital early on 29 April police took him to Tashkent City Police Department. At 11:00 p.m. that day Tashkent’s Mirobad District Court ruled to place him under house arrest. The conditions of his arrest include strict limits on his contact with the outside world. He is not allowed to leave his house except in a  medical emergency; to be in contact with friends, acquaintances or neighbours; to use social media; to engage in any kind of correspondence; and he is allowed to use a land line phone only in exceptional cases to contact his lawyer , the law enforcement agencies and in medical emergency.
Background information:
Miraziz Bazarov’s social media posts have attracted much attention on several occasions in recent months. In 2020 Bazarov criticised the lack of transparency and public control over the use of COVID-19 related loans by the International Monetary Fund (IMF) and the Asian Development Bank (ADB) to Uzbekistan, and these posts were widely disseminated on social media. His posts in defense of LGBTI people included criticism of double standards amongst Uzbekistani officials. Many Uzbek traditionalists have issued violent threats including death threats against the blogger.
Bazarov was physically attacked by masked men on 28 March 2021 as he was walking to his girlfriend’s house in Tashkent. He was admitted to hospital to receive medical treatment for his injuries. He was guarded around the clock. While the authorities claimed this was done to protect his security, we are concerned that their primary aim was to limit his ability to communicate with the outside world and publish social media posts. The first few days after his hospitalization he was not allowed any communication with the outside world. Subsequently, he was permitted limited access to his mother and lawyer, albeit always in the presence of government agents. The guards checked that no one would enter Bazarov’s room with a mobile phone.
On 28 March the police opened an investigation into attack against Miraziz Bazarov for “intentional bodily injury of moderate severity by a group of people” (Article 105, part 2, para. “i” of the Criminal Code). The case was later requalified as “serious intentional bodily injury by a group of people” (Article 104, part 2, para. ”k”). According to the Tashkent City Police Department, the investigation into the attack is ongoing; it reported that “over 100 individuals have been questioned, 41 172 cars have been examined which may have been used by the perpetrators.” Bazarov’s supporters allege that the investigation is not conducted impartially and effectively. To our knowledge, no one has yet been charged.
For further information about Miraziz Bazarov, refer to the joint NGO statement Uzbekistan: authorities must end reprisals against blogger Miraziz Bazarov for exercising his right to freedom of expression, issued on 28 April 2021.
rule of law defenders Freedom to express