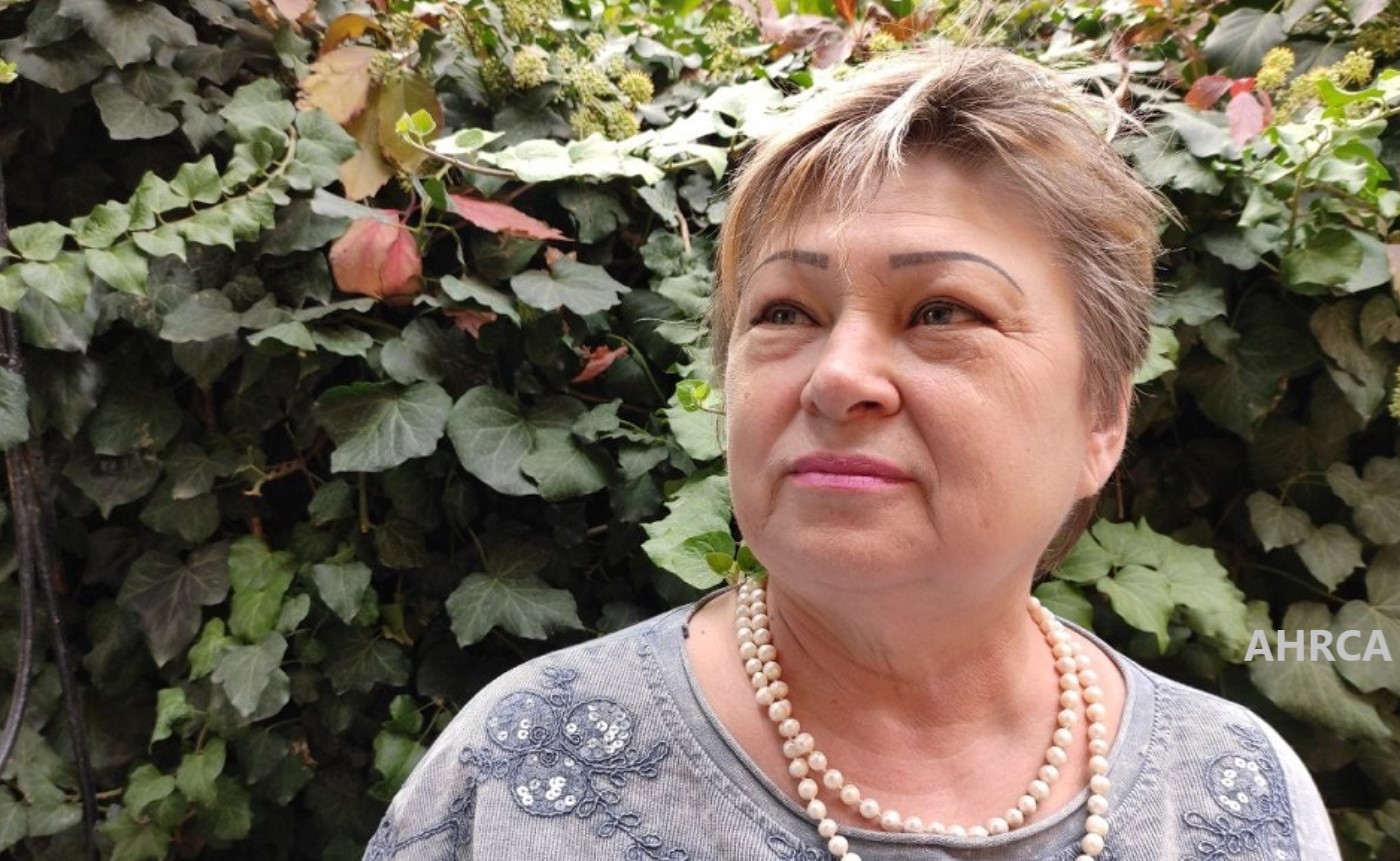 In Uzbekistan, a criminal case has been opened against experienced human rights defender Tatyana Dovlatova, leader of the Open Line Initiative Group, in a move that appears intended solely to disrupt her legitimate human rights work, the Association for Human Rights in Central Asia (AHRCA), the International Partnership for Human Rights (IPHR) and the Norwegian Helsinki Committee (NHC), said in a statement today. The groups called on the authorities in Tashkent to quash the criminal case, and guarantee Dovlatova and all other human rights defenders, full operational freedom for their human rights work.

Dovlatova told the undersigning groups that on 25 August, the special prosecutor of Zangiata District of Tashkent telephoned her and demanded she come to his office in relation to an alleged complaint against her. The prosecutor strongly insisted that she come, and, atypically, offered to reimburse her transportation costs. As she did not have a lawyer at the time, and had not received an official summons and thus was not required by law to comply with the prosecutor’s demands, Dovlatova chose not to go to the prosecutor’s office.

“The criminal case against Tatyana Dovlatova has one goal and one goal only – to put a stop to the activities of this tireless human rights defender and to shut off the flow of credible information she regularly collects about routine human rights violations”, said Nadejda Atayeva, President of the Association of Human Rights in Central Asia. “Tashkent must immediately lift these politically motivated barriers obstructing Dovlatova’s activities, cease the legal harassment of her, and allow her to carry out her important and valuable work”.

During the phone call, the prosecutor informed Dovlatova that two prisoners of the settlement colony No. 42 had allegedly filed a complaint against her, claiming that Dovlatova had photographed them during one of her work-related monitoring visits to the settlement colony and posted the pictures in social media without their consent. Dovlatova regularly visits settlement colonies, which house convicts sentenced to short terms of imprisonment and are open for visitors. Monitoring the conditions in which they are held is an essential part of Dovlatova’s human rights work. During these visits, inmates regularly approach Dovlatova and seek her help, as the publicity she provides often helps to resolve or alleviate their plights. She regularly uncovers cases of torture, harsh labour conditions, medical emergencies etc. When relevant government bodies fail to act on her written official statements, Dovlatova publishes her findings relying on support from the public and international organizations.

Talking to the undersigned organizations, Dovlatova underlined that all prisoners had talked to her voluntarily and had agreed to being photographed. Dovlatova also said that she has reasons to believe that the two prisoners who filed the complaint against her did so under duress. One of them reportedly admitted to fellow inmates that the settlement colony administration had forced her to write the complaint. On 7 September, after she said that she would withdraw the complaint against Davlatova, this same prisoner was reportedly placed in a punishment cell by order of the Deputy Head of the settlement colony.

“Our colleague Tatyana Dovlatova’s efforts to document grave violations of prisoners’ rights provide excellent input which the authorities could use to implement the necessary changes to the penal system. Sadly, we see that Tashkent prefers to suppress the information she collects from places of detention. ,” said Gunnar Ekeløve-Slydal, acting Secretary General of the Norwegian Helsinki Committee. “The Uzbekistani authorities must cease all persecution and harassment of human rights defenders, and instead view them as partners in the ongoing reforms. No meaningful and sustainable reforms can take place without a free civil society and the contribution of human rights defenders.”

When Tatyana Dovlatova sought clarification about the allegations from the settlement colony in question, she was told that the prisoners were no longer allowed to talk to her and that the colony administration refused to answer any of her questions. Dovlatova has been regularly visiting various penitentiary institutions in Uzbekistan since 2011 – this is the first time that the administration of the penal colony in question has obstructed her work.

In her work, Dovlatova has uncovered many cases of human rights violations, ranging from torture and attempted rape to forced labour, non-payment of pensions to disabled prisoners, non-observance of sanitary and hygienic standards in the context of the current COVID—19 pandemic and ban on visits to prisoners. She has also made public information about cases of suicide of individuals in custody. She is a respected human rights activist who enjoys the trust of prisoners, colleagues and international experts alike.

“Uzbekistan has committed itself to establishing national preventative mechanisms, enshrined in the Optional Protocol to the Convention against Torture (OPCAT). If implemented swiftly and effectively, these will radically improve the system for prevention of torture. But the role of civil oversight in such procedures is key to its success and the work of Tatyana serves exactly this important purpose. We deplore that she is being prosecuted for fulfilling this crucial role.”, said Brigitte Dufour, Director of the International Partnership for Human Rights.