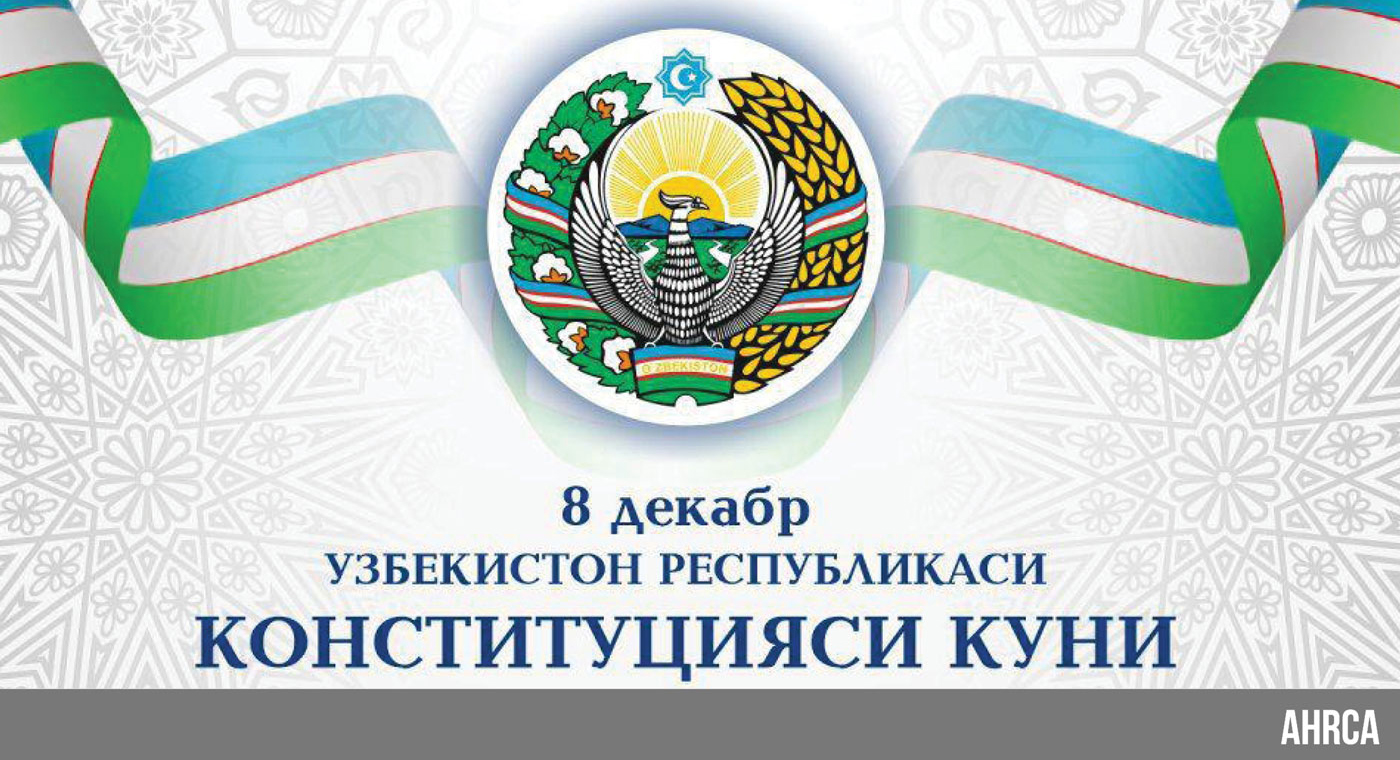 Presidential elections were held on December 23 in Uzbekistan, as a result of which Islam Karimov remained in power for a third term. This contradicts the constitution of the country.
The Association for Human Rights in Central Asia expresses its concern with respect to the position of some international organizations and democratic countries that have congratulated Islam Karimov on his re-election. The Presidential election cannot be called free and democratic because the citizens of Uzbekistan had been under undue pressure throughout the whole election campaign and during the voting. The international community should provide an objective evaluation of the legal status of Islam Karimov.
The election campaign of the President of Uzbekistan has demonstrated
a mass violation of political rights
The right to stand for election. Article 90 of the Constitution of Uzbekistan restricts the tenure of the President to two terms. From a legal point of view, the election of Islam Karimov for a third term could be classified as an unconstitutional seizure of power in accordance with Article 159 of the Penal Code (infringement of the constitutional order of the Republic of Uzbekistan).
The second presidential term of Mr. Karimov lasted from January 2000 to December 2007, that is, eight years instead of seven as prescribed by the Constitution. Karimov has demonstrated the ability to exploit the legal contradictions of national legislation and the imperfection of the current Constitution, which does not provide for an impeachment procedure for the President. Since amendments to the Constitution on Presidential elections can only be passed by referendum,  and as the Parliament does not have such powers, the rule of Islam Karimov since January 2007 is illegal.
All alternative candidates supported the political course of their main opponent, Mr. Karimov.  During the election campaign none of them actively positioned themselves as contenders for the presidency. Thus we can assume that the participation of alternative candidates was staged by the government so as to give a democratic aspect to the re-election of Islam Karimov.
Turnout at the polling stations. Some citizens explain their participation in the election by saying that prior to election day, government representatives had visited them to conduct a preliminary conversation about the importance of their participation in the presidential election. A considerable number of citizens were outside the country as labour migrants. They did not have an opportunity to participate in the elections.
The nomination procedures of candidates for the presidency. The law currently stipulates that in order to register with the Election Commission, political parties and initiative groups of citizens need to collect signatures of at least 5% of the total number of the people eligible to vote. These signatures must be proportionally represented in all regions including Karakalpakstan. In quantitative terms, each potential candidate must collect over 815 thousand signatures. During the period from October 19 to November 9, the CEC registered four candidates for the presidency, who ostensibly fulfilled this condition, but at the moment it is impossible to verify the authenticity of signatures. The Limited Election Observation Mission of the Office for Democratic Institutions and Human Rights of the OSCE continues to examine the issue of collecting signatures and verifying them by the CEC.
Mr. Abdullo Tojiboy-ugly, Mr. Jahongir Shosalimov, Mr. Akhtam Shaymardanov attempted to register with the Election Commission as independent candidates for the presidency.
Their statements to the CEC went unanswered, which proves a selective approach to candidates. Candidates from opposition parties also have been excluded from the election.
Freedom to express political views. There is no pluralism of opinions in Uzbekistan. The political and other spheres of public life in the country are monopolized by authoritarian power. Mass media channels are subordinated to the regime. Internet access is systematically blocked. The population has access only to the information aimed at supporting the current regime, while any expression of dissent is punishable. Civil society institutions are crushed. All the registered political parties support Mr. Karimov; even alternative candidates openly support the political direction of president Karimov.
There is no system of checks and balances present within the branches of government. The government skillfully instrumentalizes the presence of international observers for the purposes of spreading propaganda through the national mass media about the supposed adherence to democratic norms. Any critical reporting on the elections is either silenced or ignored. Meetings with western politicians are used to support the image of Islam Karimov as a respected politician.
Uzbekistan is a severely authoritarian country in the region. International organizations note systematic human rights abuse and absence of democratic development. While the EU sanctions in response to the refusal of the Uzbek authorities to allow an international investigation into the Andijan tragedy of May 13, 2005 are formally still active, they are currently temporarily suspended. And this while the findings of the UN Committee against Torture (November, 2007), the OSCE interim report on the presidential electionin Uzbekistan (December, 2007) confirm a deterioration of the situation in regard to civil and political rights.
The congratulations of the UN Secretary-General Pan Gi Mun, NATO Secretary General Jaap De Hoop Scheffer,  of Dimitrij Rupel, Foreign Affairs Minister of Slovenia currently holding the Presidency of the European Union, the Director General of UNESCO Koichiro Matsuura, the Secretary-General of OSCE Marc Perrin de Brichambaut, the Federal President of Germany Horst Keller addressed to Islam Karimov in connection with his election for a third term as President of Uzbekistan are openly supporting his illegal stay in power.
The Association for Human Rights in Central Asia considers that the presidential elections held in December, 2007 are in contradiction with the country’s Constitution. By collaborating with Karimov, respected international organizations and institutions, created to protect and develop democracy in the world, are working towards strengthening the authoritarian regime in Uzbekistan, in direct contradiction to their mission. This undermines their respectability. Based on the constitutional principles of Uzbekistan and international agreements on human rights, the Association calls on the international community to provide an objective evaluation of the legal status of Islam Karimov.
EU-Uzbekistan United Nations EU OSCE USA Financial Institutions