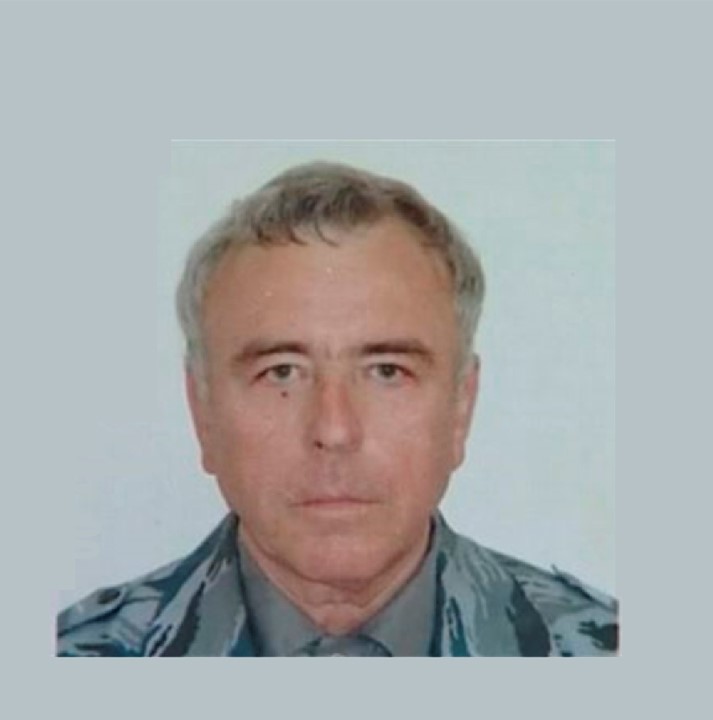 Yuri Korepanov, a citizen of the Russian Federation convicted for 16 years in jail in Uzbekistan, has been released from custody, but he cannot leave for Russia. His documents are not issued.

29 June 2011 Yuri Korepanov, who had been convicted to a 16 year prison term on the 11th of January 2011 by the Military Tribunal of Uzbekistan, was released from the prison hospital. Over the past two months he has been staying at his relatives in Tashkent. He is not being issued a certificate of release from custody. Rated as a 2nd group disabled Korepanov is compelled to wait until the Uzbek services issue an identification document for him. The term for finishing this procedure is unknown. The sentence under his criminal case has not been cancelled.

In 1967 he graduated with honours from the Tashkent Armour Command Officers’ School. He followed through a long career from a platoon commander of the cadets battalion to the battalion commander of the military officers’ school in Tashkent. He graduated from the Academy of Armour Troops named after the Soviet Union Marshal R.Y. Malinovski. After that he was transferred to Tashkent to the military education department of the Institute of Irrigation and Mechanisation of Agriculture of Uzbekistan. In 2002 he completed military service in the rank of a colonel in the position of the Head of the military education department of the same Institute. Pensioner of the Ministry of Defence of Russia, he was awarded with numerous orders and medals of the Ministry of Defence of the USSR and Ministry of Defence of Uzbekistan.

30 October 2010 on the Uzbek-Kazakh border station Keles the Uzbek border control detained Yuri Korepanov. After that he was sentenced to 1 year prison term under Article 223 of the Criminal Code of Uzbekistan (“Unlawful exit abroad or unlawful entry in the Republic of Uzbekistan”) and to 15 years of prison term under Article 157 CC RU (“Treason”) allegedly treason in favour of Russian Federation. The fact that since 2004 he had a Russian citizenship is being ignored altogether. Until now and in violation of Article 475 of the Criminal Procedure Code of Uzbekistan (“Handing a copy of the sentence to the convicted”) Korepanov has not been served his sentence. A copy of the sentence must be handed to the convict not later than within 3 days after the announcement, and, if the volume of the sentence is too large then not later than 10 days after the announcement.

In 2004 Colonel Korepanov received Russian citizenship and moved to Yekaterinburg. However,  in Uzbekistan he was considered a citizen of Uzbekistan.

According to the observation of the Association for Human Rights in Central Asia, authorities of Uzbekistan forcibly make people retain their Uzbek citizenship. Their aim is to create a legal limbo situation and exercise politically motivated pressure on them. There is Article 223 in the Criminal Code of Uzbekistan (“Unlawful exit from and unlawful entry in the Republic of Uzbekistan”). It creates an institutional legal mechanism of discrimination and prosecution of national minorities including Russians. Citizens of Uzbekistan of different ethnicities who receive Russian citizenship and moved to that country in order to improve their living conditions become an object of repression and extortion.
And this is a wide spread practice. The access to the President’s decree on the renunciation of citizenship (nationality) is blocked in various ways. This leads to the situation whereby former citizens of Uzbekistan are held criminally liable under false pretexts even if they submitted the required application to Embassy of Uzbekistan in Russia.
Retired Colonel Yuri Korepanov was released from detention pursuant to themeeting of the President of the Russian Federation Dmitri Medvedev with the Head of Uzbekistan Islam Karimov. It is not likely that Medvedev and Karimov discussed the legal mechanisms, which would allow people to avoid punishment due to faults in the legislation pertaining to nationality/citizenship of both countries.
We have written about this case in the past:
- Press-release "Citizen of Russia Yuri Korepanov allowed leaving Uzbekistan" of 25 November 2011;
- Press-release “Uzbekistan: 63-year old convict Yuri Korepanov has been driven to cardiac infarction!”of 1 March 2011;
- Press-release “The Absurd Verdict: Uzbekistan has convicted Yuri Korepanov, a Russian citizen, for “betraying his Uzbek motherland” of 23 February 2011;
torture Political prisoners