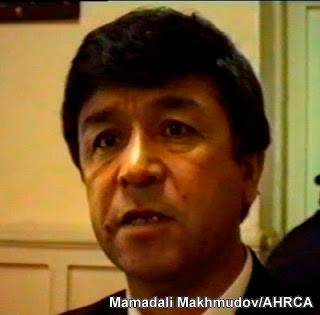 A novel by Uzbek writer Mamadali Makhmudov, who has been convicted by the Karimov regime and has been sentenced to 14 years of imprisonment, is now available in bookstores throughout France

Writer Mamadali MAKHMUDOV, a citizen of Uzbekistan using the pseudonym Evril Turon, was born in 1940. He headed the Foundation for Culture of Uzbekistan and then led the Turkistan movement, which was established by a group of Uzbek intelligentsia and existed between 1989 and 1993. Mr Makhmudov is a laureate of the Hellman-Hammet prize awarded to victimized writers persecuted for their political views. He was also awarded the Cholpan prize which was introduced to honor the memory of victims of Joseph Stalin’s “purges” with which he was awarded for his novel The Eternal Mountains. 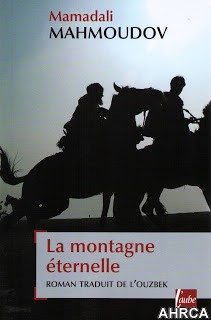 The L’AUBE, a French publishing house, has released a historical novel by Mamadali Makhmudov, an Uzbek writer, entitled The Eternal Mountains and translated by Philippe Frison. The writing describes events that occurred during the  late 19th  century when  Tsarist Russia occupied Central Asia.The novel is available in bookstores throughout most Francophone countries in the French language. This is the first time that such a wide range of readers have been able to familiarize themselves with Mamadali Makhmudov’s work and the Uzbek traditions that he  describes with great mastery in the novel, as well as the Uzbek societal problems that it faced during the described period in history.
At the moment, 67-year-old Mamadali Makhmudov is confined in an Uzbek prison. The writer was arrested on the 26th  of February of 1999 on charges of Article 25-159 Part 4 (infringement of the constitutional order), Article 216 (establishing prohibited public associations and religious organizations), and Article 242 Part 1 (establishing a criminal group). On the 18th of August of 1999, the Tashkent Region Court sentenced the writer to 14 years of imprisonment. He is now serving his term in the UYA 64/6 maximum security prison in the town of Chirchik of Tashkent Region, Uzbekistan.
Mamadali Makhmudov was brought to account for the first time in 1994. Uzbek law enforcement bodies planted a weapon that did not belong to him in order to prove his involvement with a terrorist organization. The public was not convinced the charge was genuine so he was released. Later Mamadali Makhmudov was charged with embezzlement and convicted and sentenced to four years of imprisonment. Thanks to an active international campaign for his release and due to lack of Corpus Delicti, he was later amnestied.
While still imprisoned in 2003, Mr Makhmudov wrote an open letter to President Islam Karimov. Here is an extract from the letter: “… Why was I not imprisoned during the USSR but after we achieved Independence? Have I not dreamt of Independence, fought for it, wrote about it and chose it as the main goal of my life?! I have written all of my books for the sake of our nation’s freedom and sovereignty. Even the Soviets never reprimanded or imprisoned me  for my work.
“Is imprisoning a national hero not an insult to the nation?!… When in our history have our prisons been filled to this extent?! Is there a single person in the country who has not been imprisoned, nor been insulted?! Has our history ever witnessed thousands of people self-immolating, hanging and poisoning themselves?!…“


“I was subjected to horrible and unheard-of tortures. [Wardens] drove needles under my fingernails and pulled them out with pliers, drove a gun into my mouth and knocked out my teeth. They beat me up with fists and batons, kicked me, covered my body with bruises and scabs, they injected unknown chemicals into my body and forced me to drink unknown fluids…


“Falsification of testimonies is practiced throughout the country. Countless people imprisoned for many  years suffer from this. Even the capital punishment is issued based on falsified  testimonies…”
At the moment, writer Mamadali Makhmudov is in dire need of medical attention as he is suffering from tuberculosis.


The L’AUBE publishing house and Philippe Frison, the translator of the novel, have launched a campaign in support of Mamadali Makhmudov and urging for his release.
The writer has left three children and seven grandchildren behind. Law-enforcement agencies in Uzbekistan maintain constant surveillance of his family. His son, Bobur, was arrested in Tashkent following the Andijan events in May 2005 but he was released due to lack of evidence of his involvement in the events. The imprisoned writer’s sons have been unable to secure employment due to their family relationship with him for the last five years.
We are ardently asking you to support the campaign and send your messages to Philippe Frison at: This email address is being protected from spambots. You need JavaScript enabled to view it.

A sample letter for the release of writer Mamadali Makhmudov

I have read the French translation of The Eternal Mountains by Mamadali Makhmudov with great interest. In the book, the author advocates his country, its language and its millennial culture. This text is a genuine speech for the defense of peace and tolerance.

It is a paradox, to say the least, that a 67-year-old writer, who was awarded the Cholpan prize in 1992 for this novel, is now serving a 14-year prison sentence based on a verdict adopted by a trial which violated all international norms of justice in 1999.

I would be very grateful to you if you bestow humaneness on Mamadali Makhmudov and sign his amnesty.

Do not forget to sign the letter, write your address, put the date and send it to:

President Islam A Karimov
The presidential residence
700163 Uzbekistan
Tashkent, Uzbekistanskaya Street 43
Fax: +998 71 289 00 46, This email address is being protected from spambots. You need JavaScript enabled to view it.