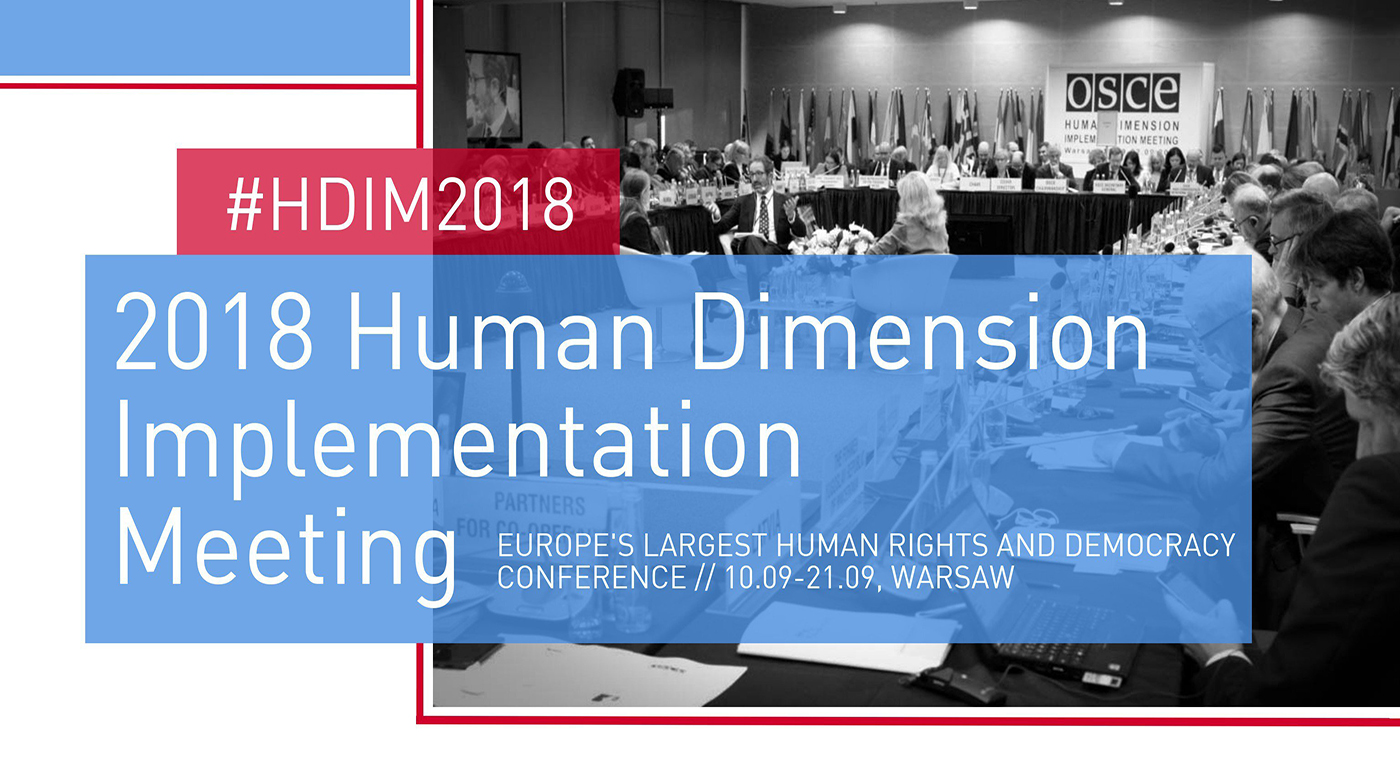 report
OSCE Human Dimension Implementation Meeting
(Working Session 5, Rule of Law II, 12 September 2018)
Torture and ill-treatment continue to be widely used in all five Central Asian states. Statistics testify to this: in Kazakhstan the Prosecutor General’s Office reported 98 cases filed under criminal proceedings for the crime of torture from January to August 2018, and the Coalition against Torture registers about 200 cases annually; in Kyrgyzstan the Prosecutor General’s Office received 435 complaints of torture or ill-treatment in 2017; in Tajikistan the NGO Coalition against Torture and Impunity registered 66 new cases of torture and other ill-treatment in 2017 (a significant increase in comparison with previous years). Due to the highly repressive nature of the regimes in Uzbekistan and Turkmenistan and a lack of transparency NGOs are unable to keep meaningful statistics, but activists continue to receive credible reports of torture.
POSITIVE MEASURES
In recent months Central Asian governments have taken some positive steps, but more needs to be done. For instance, the Prosecutor General's Office of Kazakhstan adopted a Plan of Comprehensive Measures to Counter Torture in early 2017 for the period until December 2018; in Kyrgyzstan as part of ongoing legal reforms, procedures were adopted to improve documentation of torture in line with the Istanbul Protocol; in Tajikistan civil society is included in discussions about a National Human Rights Protection Strategy until 2025; in Turkmenistan the National Plan of Action on Human Rights for 2016-2020 foresees inviting the UN Special Rapporteur on the independence of judges and lawyers, thus potentially providing opportunities to conduct independent investigations into the use of torture and ill-treatment; and in Uzbekistan President Mirziyoyev signed legislation prohibiting the use in court of evidence obtained through torture and strengthening punishments for torture in November 2017 and April 2018 respectively.
PRESSING CONCERNS
However, some of these measures have yet to be implemented in practice and other major challenges remain. The following critical issues need to be addressed urgently to ensure that torture becomes a thing of the past:
In Kazakhstan, like in all Central Asian states, impunity is the norm. According to statistics issued by the Kazakhstani authorities, between January and April 2018, 382 cases involving allegations of torture or other forms of ill-treatment were closed including from previous years, and only 16 reached court. The state fails to ensure the safety of detainees and prisoners who lodge complaints about torture, and victims of torture are warned that they will be held criminally liable for a false denunciation, which discourages many from lodging complaints.
Perpetrators of torture are punished only in exceptional cases.
Valery Chupin died in March 2017 in prison colony AK-159/7 after being punished for verbally insulting a teacher in the prison. He was subjected to torture by six other prisoners at the instigation of a senior official of the prison administration and a member of staff. Witnesses complained of pressure and blackmail from the prison administration in Karaganda, where they were transferred after the investigation began. In August 2018, Shakhtinsk City Court convicted all eight perpetrators of aggravated torture and convicted them to between seven and ten years of imprisonment.
The Kazakhstani authorities should:

• register all complaints of torture or ill-treatment where there are reasonable grounds to believe abuse could have occurred;