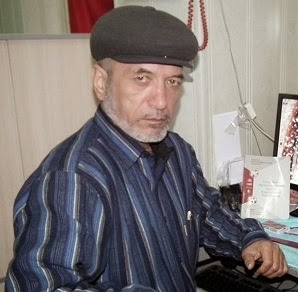 obituaries
On 1 September 2014 at the 59 th year of life Ravshan Gapirov died. He was a head of the Human Rights Centre "JUSTICE TRUTH", based in the city of Osh (southern Kyrgyzstan). He was born in the town of Karasu of the Osh region.
Ravshan Gapirov was ill, in the last months of his life. His illness has grown rapidly in the background of deep stress that he experienced after the tragic events of June 2010 in the south of Kyrgyzstan. When confronted with the indifference and irresponsibility of officials, he could not hold back his emotions. But in all situations, he was eager to help anyone who needed and did not lose hope for justice.
Ravshan Gapirov is one of the first Kyrgyz human rights defenders in the south of Kyrgyzstan. His organisation was registered in 1998 and plays an active role on the most pressing issues related to human rights.
The funeral will take place in the village of Nariman of the Osh region at 13:30 on 2 September 2014.
We express our condolences to the family and friends of Ravshan Gapirov.
We cherish his fond memory!
Members of the Association for Human Rights in Central Asia
defenders