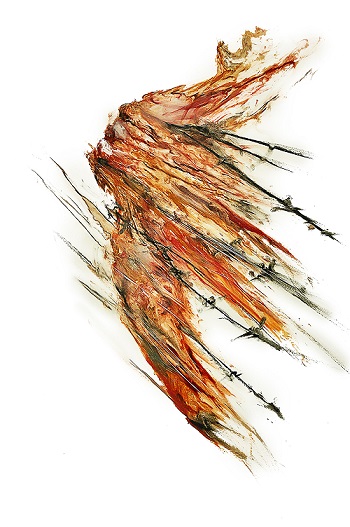 ethnic strife
— such is the title of the new Report of the Association for Human Rights in Central Asia. Publication of the Report has been timed to the International Day for the Elimination of Violence against Women.
From 25 November to 10 December 2011 An international campaign “16 days against gender violence” is taking place under the auspices of the UN.
Even 1.5 years after the tragic events of June 2010 in the South of Kyrgyzstan it has not been possible to establish the exact number of victims of sexual violence. The experts of the Association managed to interview 12 victims, of whom seven women were aged 40 to 60, three women were aged between 18 and 40 and two were younger than 18. They all refused to disclose their names. Married women were scared that publicity would lead to divorce; unmarried ones were scared of becoming unsuitable for marriage.
In the course of the conflict women from both parties were subject to sexual violence. In some cases torture lead to the death of victims. The most widespread form of revenge was gang rape. Quite often children were subject to sexual violence in the presence of their parents who were not able to protect them due to imminent threat to their own lives.
Courts of Kyrgyzstan so far have not tried a single case on this type of crime. Only once in the course of a trial of the case of murder of a mother and two children it was established that the daughter was subjected to gang rape. Suspects were absent from the trial. Their names have been established and now they are wanted. Those who were established as indirect accomplices in crime have been sentenced to jail.
Authors of the Report urge:
— the Government of Kyrgyzstan;
— non-governmental organizations;
— charities;
— international organizations;
— women’s movement
to ensure access to justice and protection of the victims of sexual violence.
Association strongly recommends:
1) to set up a Public Commission on Trust and Reconciliation on issues of violence against women amidst ethnic conflicts. We call upon representatives of civil society to participate in it with the support of the international community;
2) that the international organizations and donors financing the assistance programmes to victims of violence in the South of Kyrgyzstan elaborate a complex long-term programme of assistance to victims of sexual violence. Such programme should include projects on legal, psychological and medical help to victims;
3) that law enforcement organs train their officers in methods of investigation of sexual violence cases;
4) that the crisis and rehabilitation centres including anonymous and hotline services for sexual violence victims are supported. It is necessary to evaluate the scale of violence in against women in order to provide full-fledged and effective help;
5) that the human rights organizations monitor the  criminal case trials related to violence against women;
6) to ensure access to justice to victims of sexual violence.
You can familiarize yourself with the Report here
Kyrgyzstan Kyrgyzstan June 2010 CIVICUS-monitor