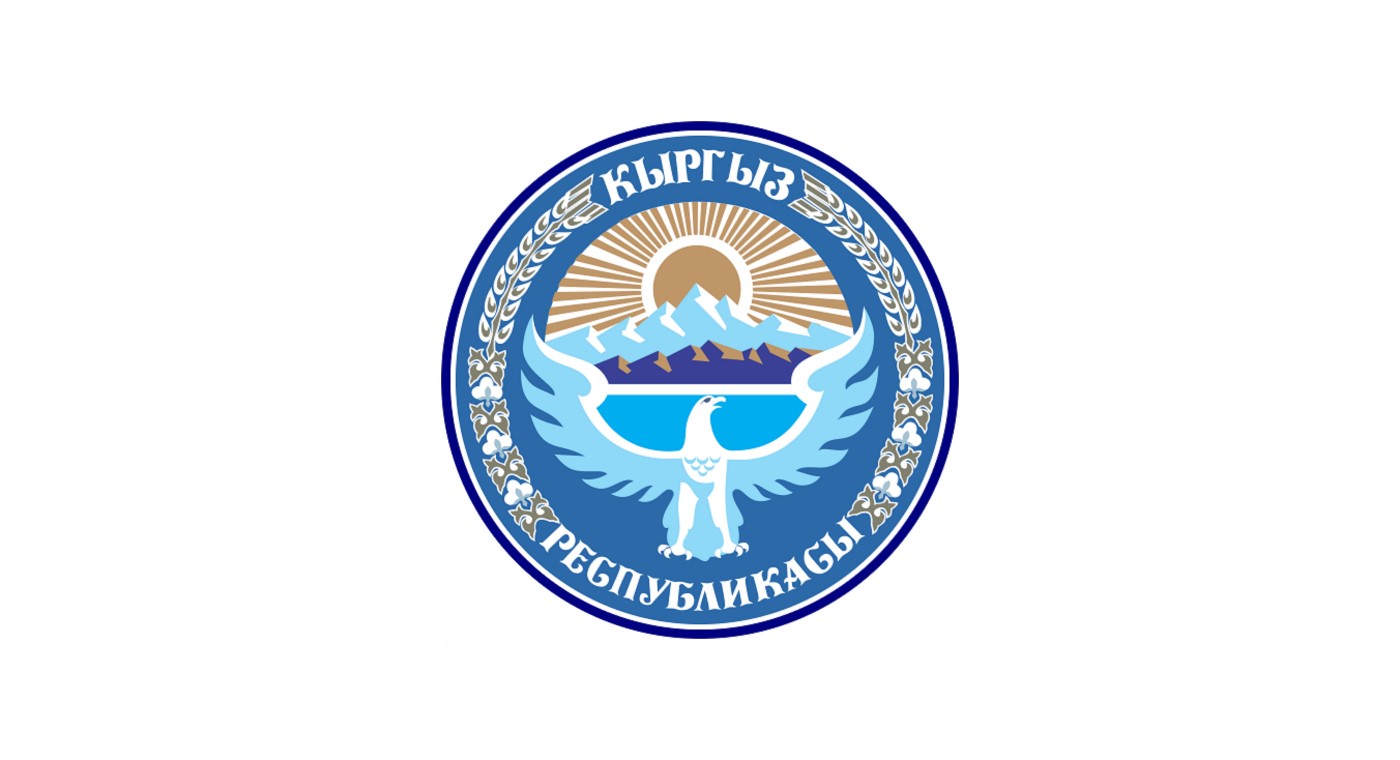 The Association for Human Rights in Central Asia is grateful to all those who showed their interest in information about closing of 53 Osh small businesses owned by ethnic Uzbeks.
On 9 June 2014 our organisation issued a press release, "Kyrgyzstan: discrimination against ethnic Uzbeks continues," which reported on the decision of the State Inspectorate of the Kyrgyz Republic for Environmental and Technical Safety to close 53 small enterprises owned by residents of the Navoi Street of the city of Osh. This is confirmed by a document entitled "Instructions" which was sent to each company on the list we published.
On 30 June 2014 the news agency "Ferghana.Ru" published an article "Small businesses owned by Uzbeks closed" based on the above press release.
On 3 July 2014 "Ferganu.Ru" received a letter from Dilmurod Shamshidinov, the Deputy Director of the Kyrgyz State Agency forLocal Government and Inter-Ethnic Relations. He said that 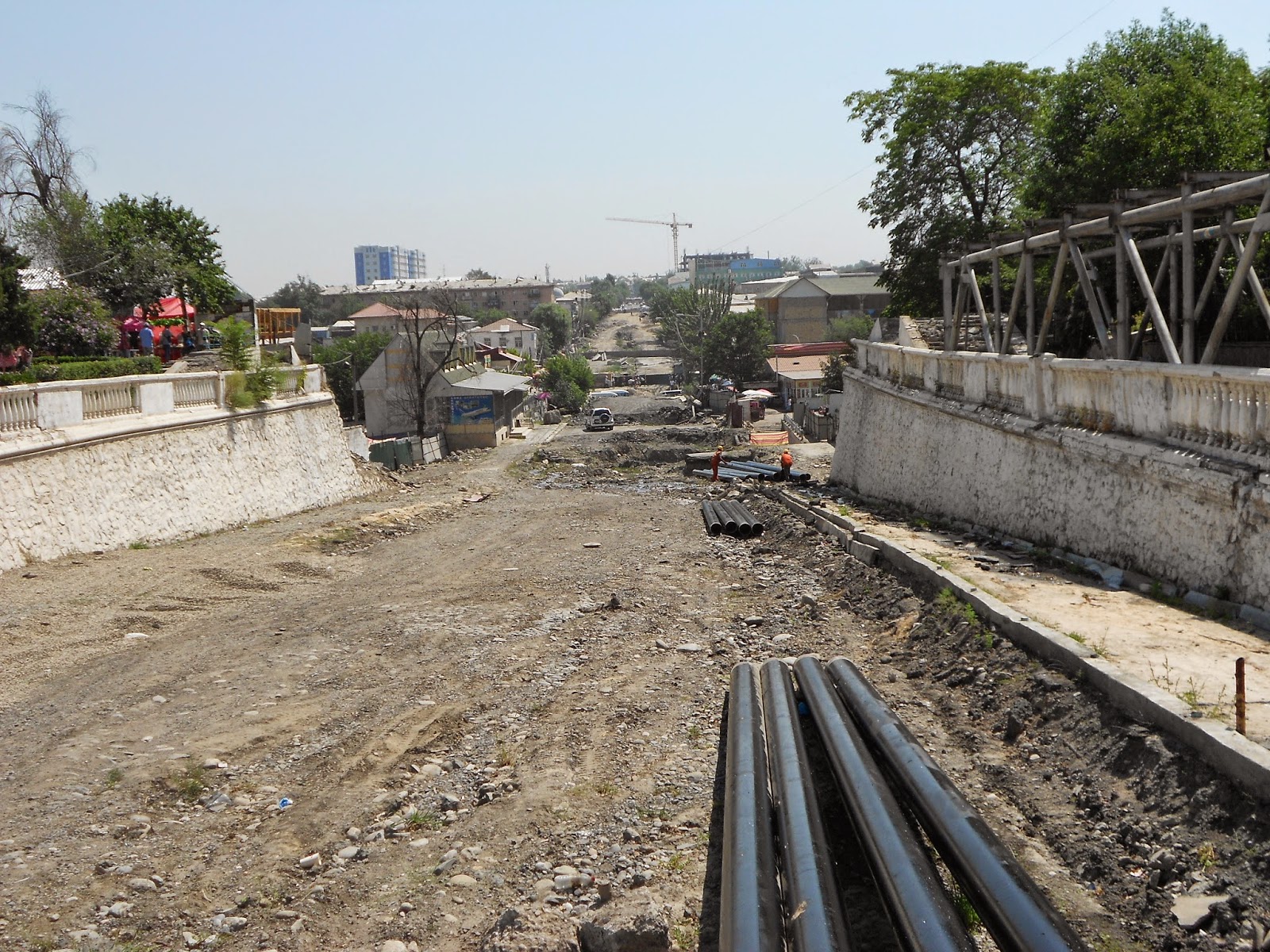 some of these companies were closed due to lack of their respective owners permits. 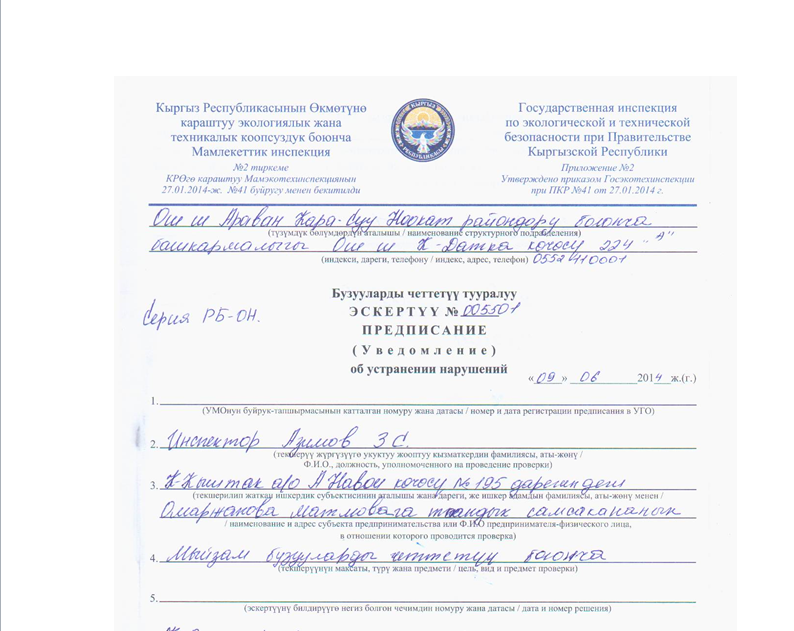 But on 4 July 2014 the State Inspectorate for Environmental and Technical Safety which issued the above mentioned "Instructions" sent a letter to the "Ferghana.Ru" information agency which stated that the information about closure of 53 small businesses is wrong. The letter signed by T. Nurbashev, the director of this agency, claims that none of these 53 businesses are closed; their owners are instructed to obtain relevant permissions.

The officials of the Osh City Hall threatened with massacre as in 2010 and forced many of the 53 small business owners to write a statement that they closed their businesses voluntarily because of beginning of Ramadan.

Оn 1 July 2014 our organisation received, via email, several messages with threats and accusations that pointing to the issue of discrimination of ethnic Uzbeks is inciting ethnic strife. Discussion of our press release on facebook helped to better understand the problem. 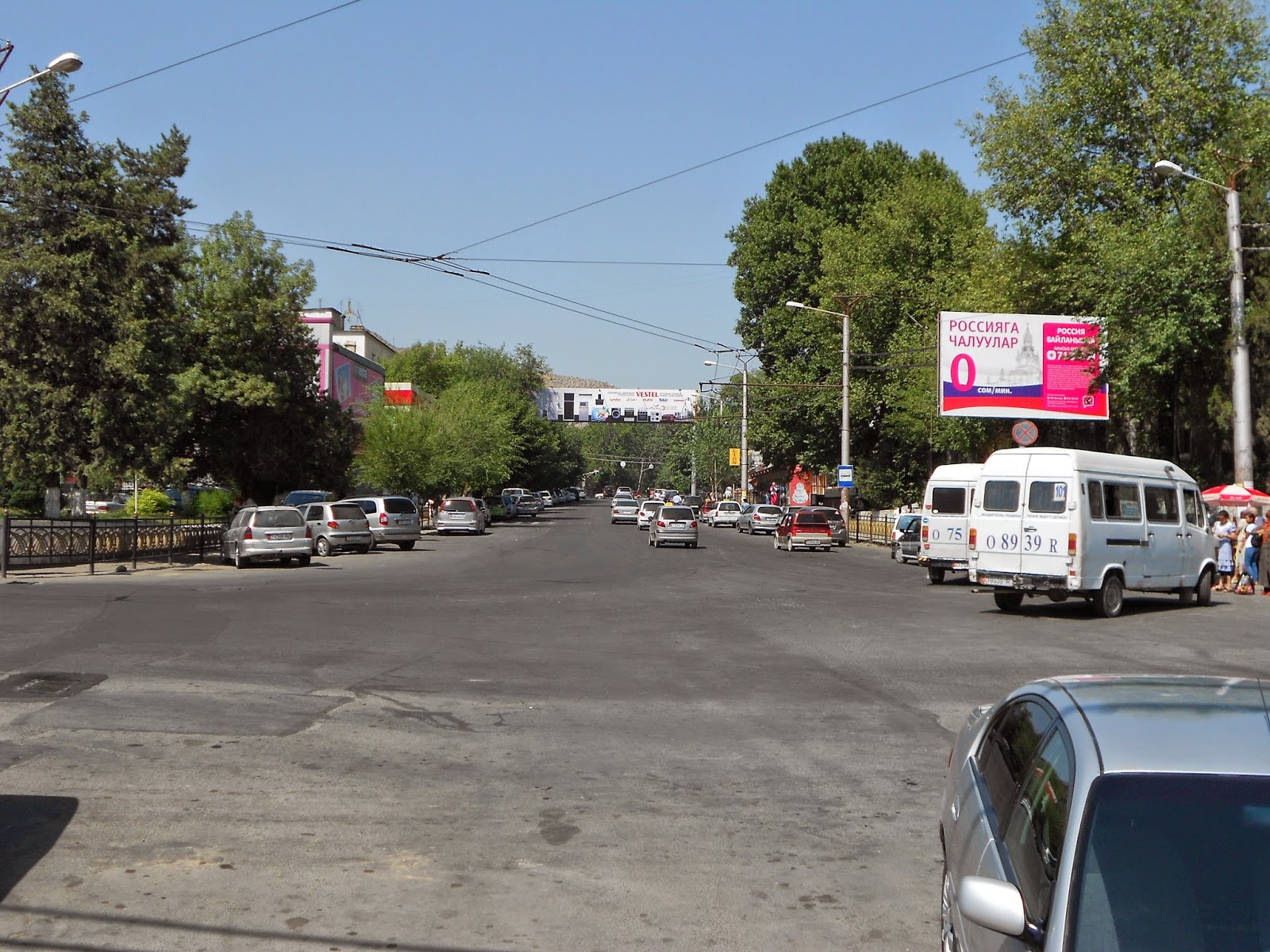 The participants who clearly live in the southern Kyrgyzstan explain that:
1. private enterprises mentioned in our press release are located in the Uzbek community part of the city and there are no other ethnic groups in this part of the city;
2. Osh local government with the active support of the central authorities developed a master  plan for the development and construction of the city. It was decided to demolish the dilapidated old bridge and build a new one. The bridge occupies a significant portion the Navoi Street, where many buildings need to be demolished in order to rebuild the bridge. At present many part of the street are excavated. In Osh, there are only 2 bridges, one of them is located in Navoi Street, the second in Abdykadyrov street, the first is a road leading to Batken, Aravan and Fergana. It is very busy;
3. There were almost no companies in Navoi Street before; there were a former pump factory and numerous small cafes, shops selling DVD-drives, small shops that sell wholesale spirits and soft drinks. Authorities decided to replace the old bridge to build a large flyover from Masaliev street to Lenin street, this is a consequence 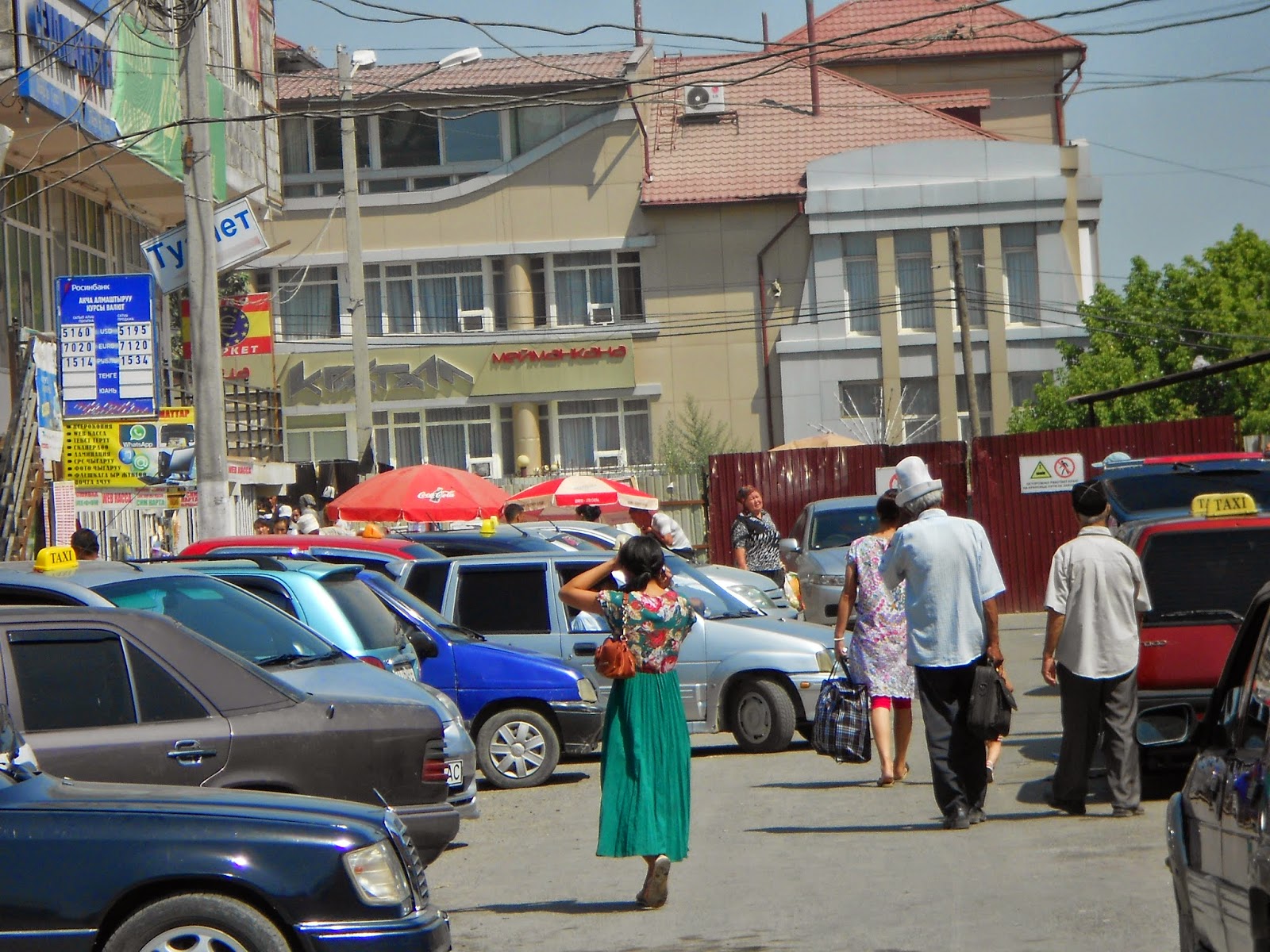 of that and everyone is suffering. One needs to find out locally, why the entrepreneurs are not allowed to trade there. Osh has very active civic organisations headquarters, which includes leaders of many organisations, there are Russians, and Uzbeks and Kyrgyzs among them. We receive a lot of our information from them, and they do not give a respite to the authorities. There are enough problems in Osh, take for example that there is no gas supply in the city since 11 April. The life in the city is not easy; people learn to live on, there is no need to look for the ethnic implications.
* * *
From the beginning we said that 53 companies are located on the Navoi Street. The Uzbek community lives in the quarter which begins from this street, which goes between the Railway Station and street crossing the Gapar Aitiev Street towards the hotel "Alai". In the stretch between the Pumping factory and the "Alai" hotel there really were not any businesses.
Owners of the 53 companies opened their business on private land. It was after 2010, after the restoration of property or in new buildings. And the construction of a new bridge from Masaliev street to Lenin street is irrelevant to the closure of these companies. The stretch of road in question contains only public buildings.
In 2010, under the guise of adoption of the new Master Plan of the city of Osh all these objects brought under the "red line". Authors of official replies are well aware that local authorities, 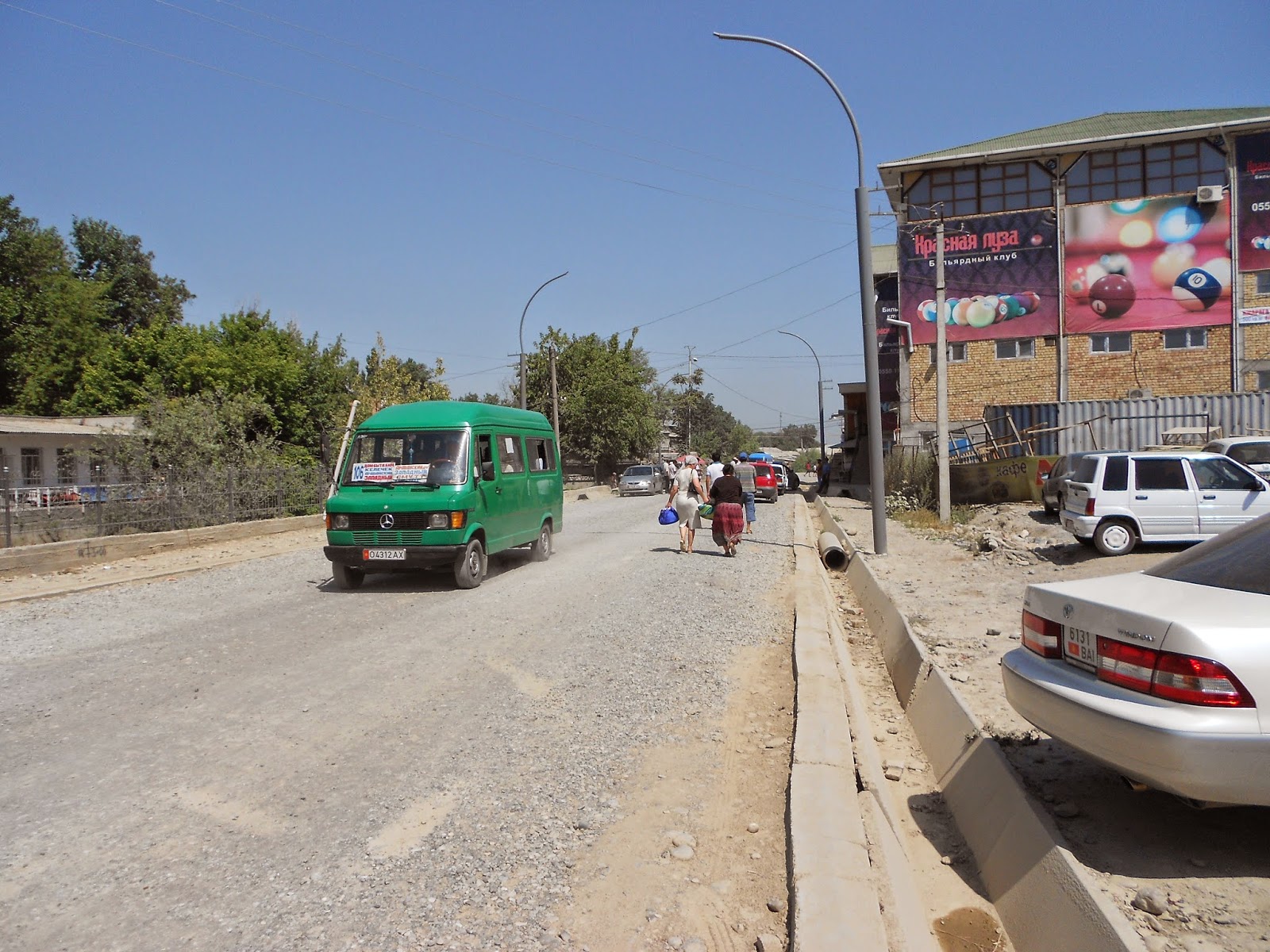 referring to the general plan of the city, do not give permission for conversion. Authorities of the State Agency for Architecture, Construction and Housing and Communal Services of the Government of the Kyrgyz Republic and the Unified State Register of Static Units (automated data bank of all economic entities of the Kyrgyz Republic) reject the application for registration of enterprises in the Navoi, Lenin,  Masaliev streets and other areas within the city. This order is strictly enforced against ethnic Uzbeks. Such conditions allow employees of supervisory authorities to extort "fines" in favour of their pocket. In the Navoi Street there are only one pastry shop and a diner still working. Their owners, ethnic Uzbeks, paid a "fine" of $300 for the next month. The regional traffic police and border control officers whose organisation is located on this street usually eat in these diners.
The victims of extortions recognised that bribes are rising and profits do not always cover the costs. Those who do not meet the extortionists’ conditions, receive a "notification" of business closure. To re-register the company, which is located on the Navoi Street, it is necessary to change to a new address. These businesses use private homes as their business addresses which means that the owners would have to move from Navoi Street.
The Kyrgyz authorities offer ethnic Uzbeks, the owners of these companies, land on the outskirts of Osh, where such business is unprofitable. Thus, closure of these 53 small businesses is actually a way of depriving the Uzbeks, without compensation, of opportunity to work in the community. It is also driving the ethnic Uzbeks out of Osh, where they lived for many generations. Our organisation was able to obtain information only about 53 ethnic Uzbeks, whose businesses closed. In fact the number of people affected in the same way is far greater.
Meanwhile, the owner of the hotel "Crystal", Mukanbek Alykulov, former Member of Parliament of Kyrgyzstan, is developing his business in the Akbura Street, within the precincts of the construction of the new bridge. And they built the road zigzagged to avoid interrupting his business. Apparently, one can find a way out? As it turned out, one does not need to be a representative of the titular nation.
Our partner in Osh said that on 9 July 2014 a TV crew was going around in Navoi Street and was preparing a report on the status of 53 small business owners. Moreover, the authorities suspended the closure of these enterprises and their activities are temporarily allowed. 600 residents of the street, for now, saved their jobs, which is important in mass unemployment. We hope that these companies will continue to work further. If the authorities radically change their approach to the problem of the most vulnerable groups, it would strengthen their hope for justice.
corruption Freedom to express