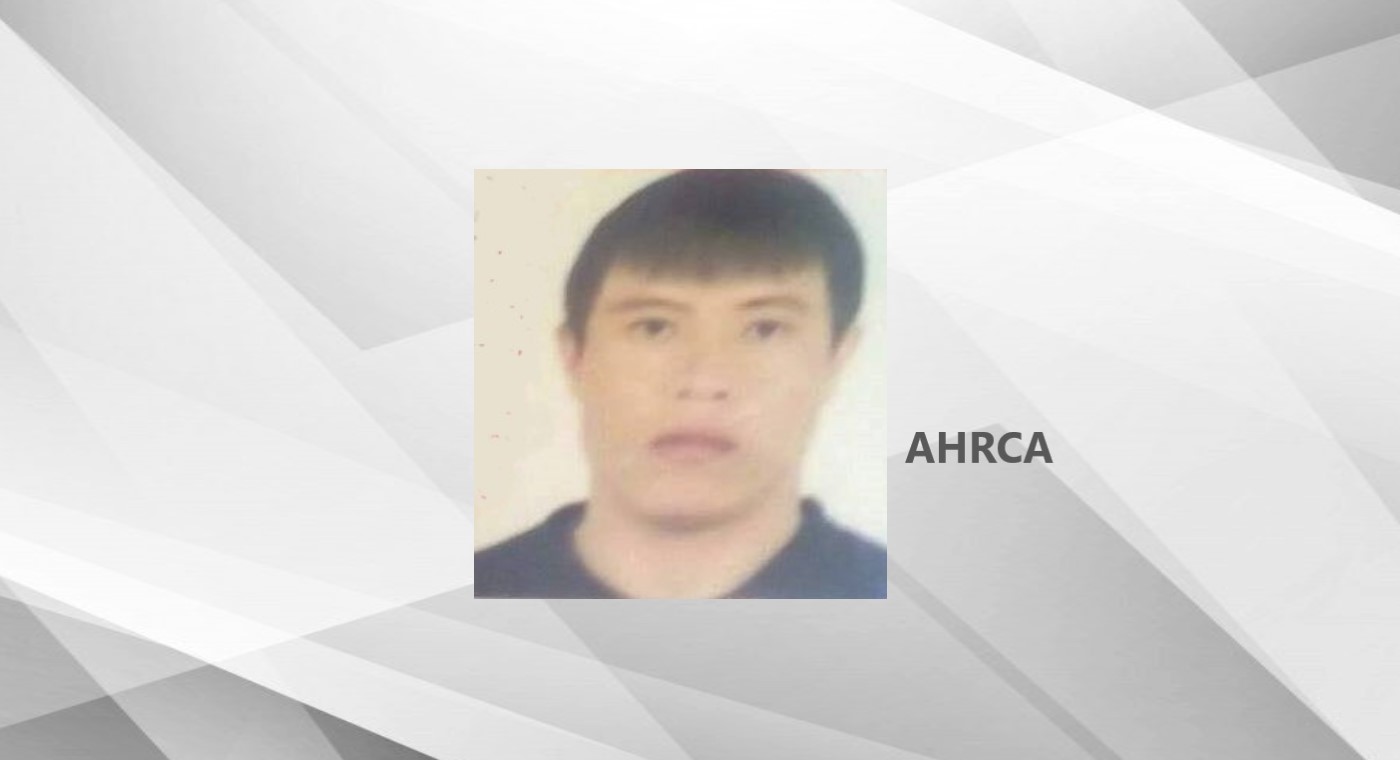 Thirty-four-year-old Bakhtiyor Takhirzhanovich Khudayberdiev has been held in detention in the basement of the Uzbek National Security Service (SNB) building in Tashkent on charges of “extremism” since January 2016.

Given the pattern of use of torture and other ill-treatment against those accused of “extremist” crimes in Uzbekistan, the Association Human Rights in Central Asia (AHRCA) and International Partnership for Human Rights (IPHR) fear that Bakhtiyor Khudayberdiev is at imminent risk of torture or ill-treatment.

Bakhtiyor Khudayberdiev is an ethnic Uzbek who was born in the city of Osh in Southern Kyrgyzstan. He obtained Russian citizenship and simultaneously gave up his Kyrgyz one in 2009 after moving to Russia from Kyrgyzstan for work. On 8 January 2016, Bakhtiyor Khudayberdiev left Seoul in South Korea, where he had been temporarily staying when seeking work, to travel to Osh to see his mother. On 9 January, he arrived at Tashkent airport in Uzbekistan intending to take a taxi from there to Osh. Bakhtiyor was detained for production and distribution of extremist materials after security officials at the airport allegedly found recordings of prayers and verses from the Koran on his mobile phone as well as news items about the 2010 ethnic unrest in Osh downloaded from the internet. He was subsequentlycharged under Article 244-2 of the Criminal Code of Uzbekistan (Production and distribution of materials containing threat to public security and public order) and currently he remains in detention on these charges. Bakhtiyor Khudayberdiev and his parents deny the charges and maintain that he has only exercised his faith in a peaceful way.

For over three weeks, Bakhtiyor’s relatives were not informed of his detention or his whereabouts. Finally, on 1 February 2016, Bakhtiyor Khudayberdiev’s mother was able to locate him in the National Security Services’ (SNB) Yunusabad temporary detention facility in Tashkent. Only then did she learn about the charges against him, as well as the fact that he had been provided with a state-appointed lawyer. Bakhtiyor’s mother told AHRCA that her son looked frightened, emaciated and exhausted during their meeting, at which an SNB investigator was present. While Bakhtiyor did not complain to his mother of ill-treatment, there are serious reasons to fear for his safety and well-being in view of the initial incommunicado nature of his detention, as well as the widespread pattern of torture and ill-treatment against detainees in Uzbekistan, in particular those accused of “extremist” crimes.                                                                         A widespread campaign against religious “extremists” continues in Uzbekistan, with broad extremist charges often used to crack down on legitimate and peaceful religious expression. In recent years, the Uzbekistani authorities have increased searches of mobile phones and computer equipment at border checkpoints for religious materials banned in Uzbekistan. This practice has led to increasing numbers of people being detained for possessing allegedly “extremist” materials. There is a well-documented pattern of torture and ill-treatment of detainees held incommunicado for initial interrogations, and in particular of those detained in closed detention facilities run by the National Security Services. Law enforcement officials routinely carry out torture and other ill-treatment to extract confessions and incriminating information. Those at particular risk include individuals accused of offenses threatening national security and religious extremism, as in the case of Bakhtiyor Khudayberdiev.On 17 March 2016, Bakhtiyor Khudayberdiev’s father was visited at his home in Vladivostok, Russia by a representative of the Interpol bureau in Russia, who was accompanied by another man who introduced himself as a representative of the Embassy of Uzbekistan in Russia. They informed Bakhtiyor’s father that an Interpol warrant allegedly had been issued against his son at the request of Uzbekistan and asked questions about him. Bakhtiyor’s father tried to find out the details about the grounds on which his son was wanted and had been detained in Uzbekistan, a country that he was just passing through on his way to Kyrgyzstan and to which he has no other connections. However, he was not given any clear answers. Bakhtiyor Khudayberdiev is not known to have been wanted for any crimes by any country prior to his arrest and he has no criminal record.  AHRCA and IPHR urge the Uzbekistani authorities to ensure that Bakhtiyor Khudayberdiev is granted unhindered access to a lawyer of his choice, as well as his relatives; that he is not subjected to torture or ill-treatment while in detention; and that a medical examination is immediately carried out to determine the state of his health. If he is brought to court, he should be granted a fair trial in full accordance with international standards. The two organizations are also concerned that Bakhtiyor Khudayberdiev’s name appears to have been included on the Interpol wanted list only after he was arrested in Uzbekistan. AHRCA and IPHR have passed information about the case of Bakhtiyor Khudayberdiev to the Russian Ministry of Foreign Affairs.