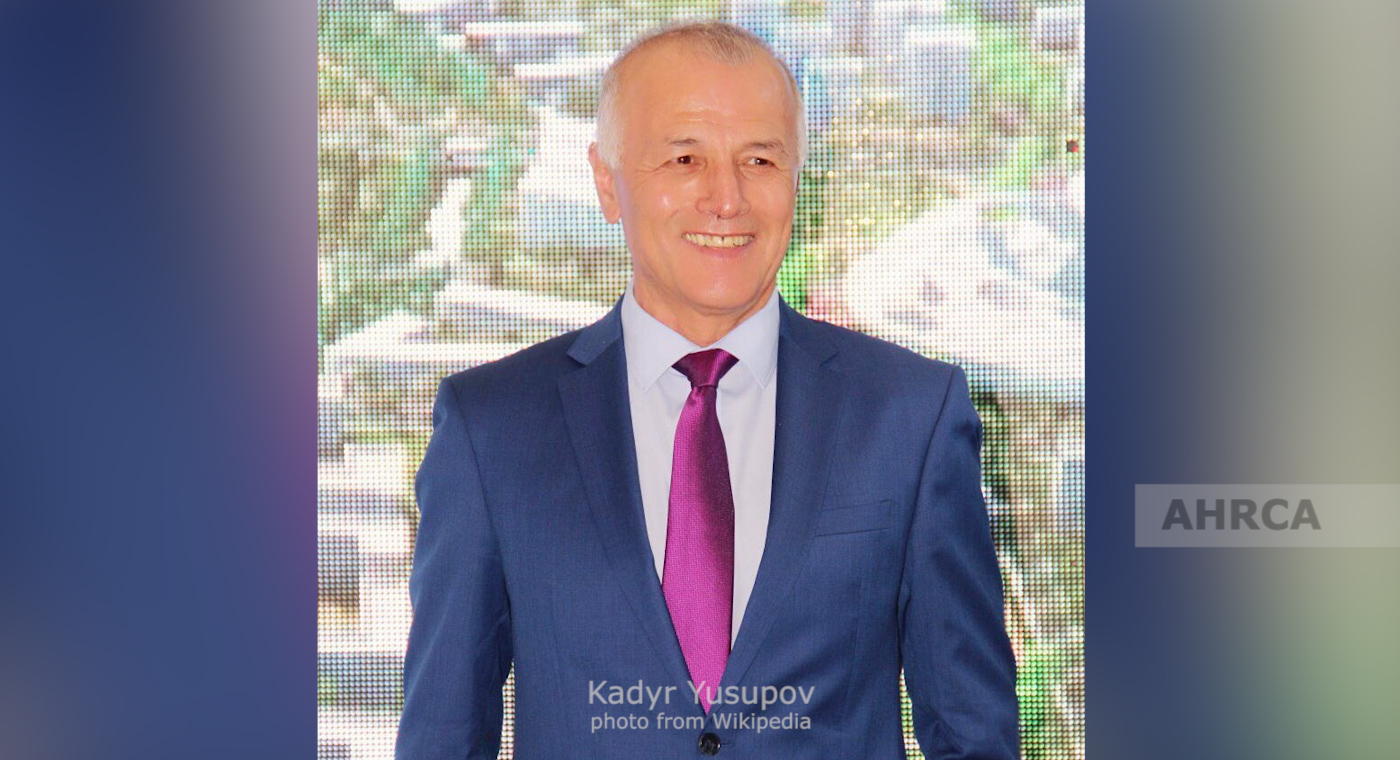 Association for Human Rights in Central Asia (AHRCA) and International Partnership for Human Rights (IPHR) welcome the news that the Uzbekistani authorities have finally responded favourably to Kadyr Yusupov’s repeated requests to be moved to an open prison colony. However, we continue to call for his immediate release, in line with the United Nations Working Group on Arbitrary Detention’s (UN WGAD)conclusion issued in May 2021. The WGAD found Yusupov’s detention to be arbitrary and called on the authorities to release him immediately, conduct an investigation into the violation of his rights, and provide him with compensation and reparation.

In the morning of 9 December 2021, Kadyr Yusupov was called to the head of Prison Colony No. 4 in the city of Navoi, in southwest Uzbekistan, and told that he would be transferred to a so-called open prison colony, a facility with a less strict prison regime where he can receive an unlimited number of visits. Yusupov was given a few minutes to collect his belongings, then two prison officers accompanied him to the open prison facility (No. 42) in the Zangiata district of Tashkent region.
BACKGROUND INFORMATION
In January 2020, the Military Court of Uzbekistan sentenced Kadyr Yusupov, a former diplomat to Austria, the United Kingdom and the Organization for Security and Co-operation in Europe, to five and a half years’ imprisonment for treason (Article 157 of the Criminal Code) in a closed trial that fell short of international fair trial standards. The case against Yusupov appears to be based on a statement he made during a psychotic episode in December 2018, when he was being treated by medical personnel following a failed suicide attempt in the Tashkent metro. Whilst in hospital, suffering from brain trauma and clearly confused, Yusupov reportedly said that he had been a spy for the West. Kadyr Yusupov has been detained since December 2018. The former diplomat maintains his innocence.
There are credible allegations that state security officers repeatedly threatened Yusupov in pre-trial detention saying that he, his wife and daughter would be raped unless he confessed to the accusations. Yusupov was also denied essential medication and treatment. He filed complaints about the treatment with relevant government agencies. On 3 June 2019, the Prosecutor General’s Office responded that they did not find any evidence of abuse. There are allegations that the investigation was not conducted thoroughly and impartially. In September and October 2021, Yusupov was reportedly beaten by fellow prisoners in Prison Colony No. 4 in Navoi. On 6 December 2021, Yusupov’s lawyer lodged a new complaint with the Prosecutor General’s Office calling for an investigation into the allegations originating during pre-trial detention and the recent beatings.
On 3 May 2021, the UN WGAD concluded that Yusupov’s detention is arbitrary and called on the authorities of Uzbekistan to release him immediately and provide him with adequate compensation. The working group also raised serious concerns about violations of the UN Standard Minimum Rules for the Treatment of Prisoners (the Nelson Mandela Rules), including the use of prolonged solitary confinement, “deplorable” prison conditions and denial of access to medication and treatment. Other UN bodies and procedures had also raised concern about Yusupov’s case, e.g., the UN Special Rapporteur on torture and the UN Special Rapporteur on health in a joint letter in July 2019, the UN Committee against Torture in its concluding observations adopted in November 2019 and during discussions at the UN Human Rights Committee review in March 2020.
Political prisoners