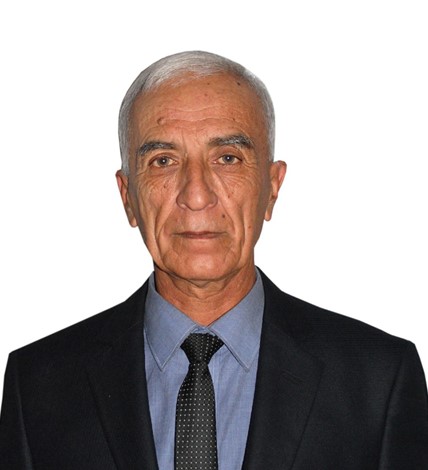 political prisoners
“Despite all the years I spent behind bars, when I suffered betrayal, separation from my family, hunger , torture, and when I lost the will to fight ... solidarity proved to be stronger than all the obstacles and trials. As long as there is a human rights movement, there is a chance of saving those who share the idea of ​​living in a fair society. " Murad Djuraev, October 2017
The Association for Human Rights in Central Asia (AHRCA), Amnesty International and International Partnership for Human Rights (IPHR) welcome the news that on 7 October 2017 the Uzbekistani authorities granted permission to travel abroad to former parliamentarian Murad Djuraev, who was convicted for anti state crimes on politically-motivated charges and sentenced to 12 years in prison after an unfair trial in 1995.
Murad Djuraev was released from prison in November 2015 after completing a 21-year sentence in cruel, inhuman and degrading conditions. His original sentence was arbitrarily extended no less than four times because he allegedly violated the prison regime. One of the accusations against him was that he had not peeled carrots in the correct way.
He requires urgent spinal surgery, but until two days ago had been refused permission to leave the country for treatment in Germany.
In August 2017 President Shavkat Mirziyoev signed a decree abolishing the legal requirement for nationals of Uzbekistan to apply for and obtain permission to travel abroad before leaving the country. The decree will enter into force on 1 January 2019. The use of these so-called exit visas is a practice that has long ago been abolished elsewhere in the countries of the former Soviet Union.
AHRCA, AI and IPHR urge the Uzbekistani authorities to take immediate action to end the practice of arbitrarily denying permission to leave the country to all other former prisoners, including those previously imprisoned on politically motivated grounds, who have been denied the right to travel abroad. In particular:
Former newspaper editor, Muhammad Bekjanov, who was released in February 2017 after spending 17 years in prison on politically motivated charges but remains under police supervision. Muhammad Bekjanov has not yet applied for an exit visa to travel abroad for medical treatment, as a local police officer told him that persons under supervision are not allowed to travel abroad. Bekjanov’s wife and children live in the United States and he has not seen his children for 19 years and has never met his grandchildren; and
Human rights defender and writer Mamadali Makhmudov who was released from prison in 2014 after serving a 14-year prison sentence handed down on politically-motivated grounds but who has not yet been granted an exit visa, for which he has repeatedly applied, since June 2016 and has therefore not been able to leave the country for medical treatment. Mamadali Makhmudov has heart, stomach (ulcer) and kidney (stones) problems and needs a pacemaker fitted.
Other individuals not in detention, who criticize or who are perceived to criticize the Uzbekistani authorities, have also been arbitrarily denied permission to leave Uzbekistan. For example, the artist Vyacheslav Akhunov has not obtained permission to travel abroad, despite repeated appeals since 2012.  He was first refused an exit visa in January 2012 after criticizing Gulnara Karimova, daughter of late President Islam Karimov, on the website of the independent Fergana news agency.
defenders Political prisoners Uzbekistan