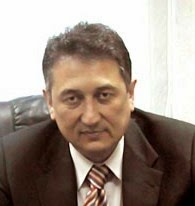 political prisoners
Sanjar Umarov spent 420 days in the solitary confinement out of 2 years held in custody. His family was informed of this only three months ago, since until now it has been impossible to meet with him.

He has not been allowed to communicate, either in writing or by telephone, with his friends and family.  His complaints regarding his health have been ignored by the authorities.  Attempts by his lawyer to see him have been fruitless.  Sanjar Umarov’s family is extremely worried about his health.