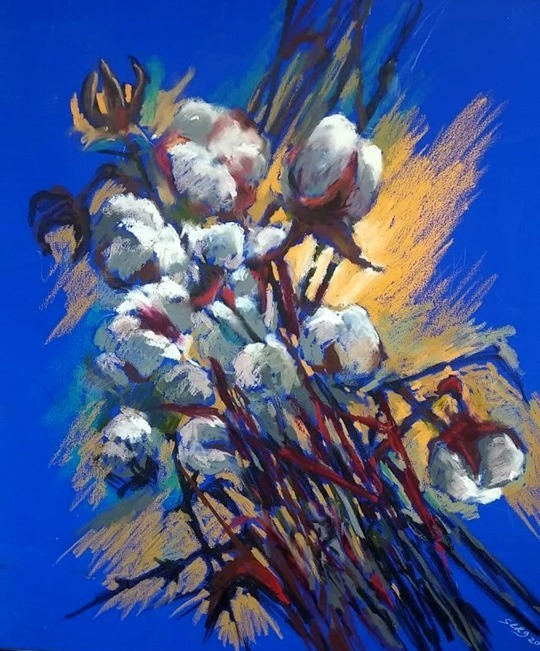 labor rights
7 children were killed in the harvest campaigns between 2007-2012, 7 came under threat of death. Age of the children who suffered is between 8 to 18 years old.
The following list is only a part of the picture, which the Uzbek human rights activists were able to document.
The Association for Human Rights in Central Asia — AHRCA has repeatedly reported on the practice of forced labour of children and adults in the cotton sector of Uzbekistan. The general public are the victims of this system. And above all, children are deprived of the right to a full education. They work in the fields, in harsh weather and living conditions, and therefore are sick, many are injured, some died, but the authorities strongly block the information about such incidents. 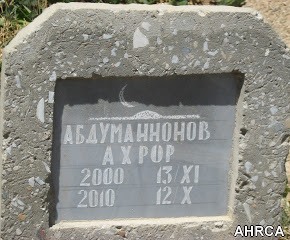 The AHRCA published the information about the tragic events that are known to the authorities, however, contrary to the law, these events are not investigated.
1. Oysha Suvanova, born in 1999, a student of the 3rd grade (10 years old), and Abdurasul Suvanov, born in 1998, a student of the 4th grade (11 years old), both studied at school ?24, they live in the Oytugdi village of the Jandar District of Bukhara Region. On 15 November 2010 they and other children were walking home from work on the highway Jandar - Karakul in the Bukhara Region, they got killed by a car. In May 2011 the driver was sentenced to three years of probation. Parents are intimidated and are afraid to pursue the litigation.
2. Ahrorjon Abdumannonov, was born on 13 November 2000 in the village of Olmazor of the Pop District of Namangan Region. He was in the 4th grade (9 years old). On 12 October 2010 the boy was walking home along the road with a cotton field, and was hit by a car near the village of Olmazor of the Pop District of Namangan Region. Ahrorjon died. Soon after the accident, a criminal case under article 266 of the Uzbek Criminal Code ("Violation of safety rules or operation of vehicles") was started. The driver was sentenced to three years of probation and was later pardoned. Parents of Ahrorjon Abdumannonov continue the litigation.
3. From 22 September to 29 November 2007, at tacit direction of the head of administration of the Jizzakh Region M.T. Anarbayev, students of medical college of Jizzakh were taken out to pick cotton in the Bakhmal area of the Jizzakh Region. A tractor drove on Gavkhar Abdullayeva, as she was sleeping on the field after a hard work. The 16-year-old girl died on the spot. Law enforcement officials did not conduct an investigation; under the threat of violence they obtained written agreement not to disclose information about the case from the parents and the witnesses.
4. On 15 September 2010 on the farm named after Usman Yusupov at the Nishan District of Kashkadarya Region the driver of a tractor Sherali Juraev, born in 1983, crushed to death Erkin Eshboev, born in 1996, by the village of Kukdala of the Chirokchi District of Kashkadarya Region. Erkin was in the 7th grade (14 years old). Together with other children, he lived in poor sanitary conditions. Until the tragedy the boy collected 60 kg of cotton a day. He had long suffered from malnutrition and overwork, so he fell asleep and did not hear the sound of the tractor and the driver did not see the boy who was lying on the cotton field. On 5 January 2011 the driver was sentenced to three years of probation. The parents, under a pressure from the authorities, refused to continue the litigation.
5. Jahongir Ergashev was born in 1997 in the village of Batosh of the Guzar District of Kashkadarya Region, he was a first year student at the Guzar Professional College (15 years old). He died on 7 September 2010 in the village of Keroit of the Guzar District of Kashkadarya Region during the harvest. He died from head injuries received due to a conflict with his classmates. The reaction of the state officials and the judiciary on this case is not known. The information on the case is carefully guarded; the parents are intimidated and refused to give details about the death of Jahongir.
6. Lochin Norboyev, born in 1995 in the village of Shohusmon of the Forish District of Jizzakh Region, a student of grade 8 of the School N°69 in the same district died on 17 October 2010. He was 14 years old. During the harvest the child developed a fever, and he received a belated medical care. Later, the doctors diagnosed him with an acute respiratory infection (ARI). Doctors did not have enough time to save Lochin’s life. The school teacher, who was supervising the children in the cotton harvest, was sentenced to two years of probation for negligence. The parents refused to continue the litigation. 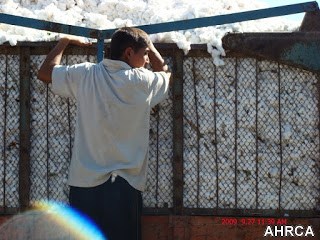 7.  On 24 September 2011, a student of the 7th grade of the School N°24 of the Chirakchi District of Kashkadarya Region, Bakhodir Pardaev (born in 1998), was struck by a car when he and other students were returning from the cotton fields. Bahodir was subjected to forced cotton harvesting at the farm belonging to Eshdavlat Usanov at the MTP “Sohibkor” which owns cotton fields located a few kilometres away from the school.
Bahodir was hit at the 12th kilometre of the Chirakchi - Karshi road by a car of “Matiz” make with state registration number 18 R4564. Bakhtiyor Yakhshiboev was behind the wheel. Next to him sat his brother, a journalist of the Kashkadarya regional television, Jalol Yakhshiboev who later not only failed to report the accident to the local press, but like the driver, not even visited the boy after the accident.
The child, unconscious, first was delivered to the local hospital, where he was immediately placed in the intensive care unit with a diagnosis of rupture of the spinal cord, a broken right jaw, right arm and right leg, damaged right side of the body. Currently Bakhodir barely moves and can not speak. Treatment of the child is carried out by the efforts of his parents. 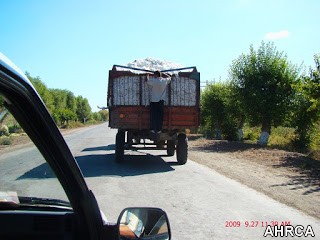