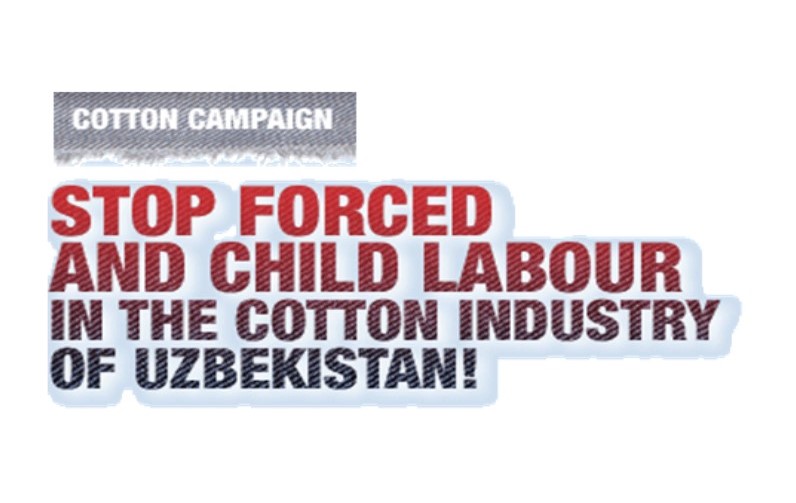 labor rights
Formal Complaint Filed with the World Bank Inspection Panel
(Washington, DC) – September 5, Association for Human Rights in Central Asia, Human Rights Society of Uzbekistan “Ezgulik” and Uzbek-German Forum for Human Rights filed a formal complaint to the World Bank Inspection Panel.
These organizations, representing Uzbek citizens who have suffered under the state-organized system of forced labour cotton production, requested an investigation of the World Bank’s Rural Enterprise Support Project Phase II (RESP-II). The Bank has failed to prevent World Bank funds from contributing to government orchestrated forced labour, stated the three leading Uzbek human rights organizations.
“The World Bank should be supporting sustainable rural development in Uzbekistan, beginning with the eradication of forced labour,” said Nadejda Atayeva, Association for Human Rights in Central Asia (AHRCA). “World Bank lending to the Uzbek agriculture sector has only facilitated the continued suffering by our children, students, and adults, who are forced to produce cotton each year,” said Umida Niyazova, Uzbek-German Forum for Human Rights (UGF).
For decades, the government of Uzbekistan under President Islam Karimov, who has ruled since 1989, has forced millions of children, teachers, public servants and private sector employees to pick cotton under appalling conditions. Those who refuse are expelled from school, fired from their jobs, denied public benefits or worse. Authorities detain and harass activists seeking to monitor the situation. During the Spring 2013, authorities mobilised children and adults to plough and weed, and authorities beat farmers for planting onions instead of cotton. In August, authorities initiated preparations to coercively mobilize nurses, teachers and other public sector workers to harvest cotton.
The World Bank approved funding for the RESP-II in 2008 and 2012. While World Bank Management has repeatedly stated that the Project’s aim is to diversify agricultural production, it is not possible for the World Bank to finance agricultural projects without supporting the state-order system of cotton production, which is underpinned by forced labour.
“The fact remains that all farmers are required to fulfill annual quotas of cotton production in order to maintain the lease of their land, their livelihood,” said Ms. Niyazova, UGF.  “In several meetings, the World Bank has been unable to identify any action taken to ensure that its loans are not supporting the cotton sector and its forced-labour system of production.”
As the complaint details, the World Bank ignored the issue of state-sponsored forced labour in the RESP-II Social Assessment, carried out prior to the project, and has since failed to conduct due diligence to ensure that the project does not contribute to this problem. The only assessment of social impacts of RESP-II was wrought with internal contradictions and outright falsehoods. The Bank continues to assert that it is addressing the problem of “child labor” through educating farmers, ignoring the facts that the system of forced labour is organized by the government, not the farmers.
Attempts to engage the World Bank were met with dismissals of the concern, denials of responsibility, and refusal to share basic information. Instead of conducting desperately needed human rights due diligence, the Bank listed as a risk associated with the project, “[e]xternal NGOs may continue raising child labor issue with the Bank” as a risk associated with the project.
“The only clear message to the Uzbek people from the World Bank has been ignoring our rights,” stated Ms. Atayeva, AHRCA. “We demand that the Inspection Panel immediately investigate the facts relating to the RESP-II project.”
The complaint is available online at: http://uzbekgermanforum.org/human-rights-organizations-call-on-the-world-bank-to-reevaluate-funding-in-uzbekistan/
CONTACTS:
In Germany, for Uzbek-German Forum for Human Rights, Umida Niyazova, +49-17687-532684, This email address is being protected from spambots. You need JavaScript enabled to view it. (English, Russian, Uzbek)
In France, for Association Human Rights in Central Asia, Nadejda Atayeva, +33.61.746.1963, This email address is being protected from spambots. You need JavaScript enabled to view it. (Uzbek, Russian, French)
In United States, for Cotton Campaign, Matthew Fischer-Daly, +1.347.266.1351, This email address is being protected from spambots. You need JavaScript enabled to view it.(English, Spanish)
rule of law defenders