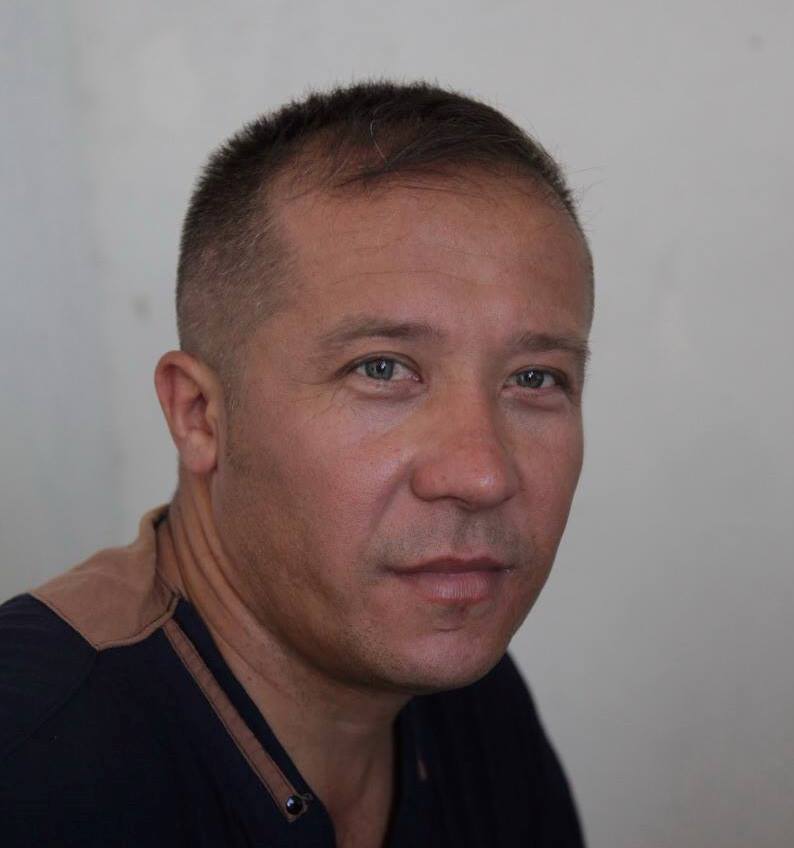 defenders
Lift Unlawful Restrictions on Rights Activist
(Brussels, February 9, 2016) — Uzbek authorities should immediately stop harassing the human rights defender Uktam Pardaev and lift the unlawful restrictions on his fundamental rights imposed by police, the Association for Human Rights in Central Asia, International Partnership for Human Rights, the Norwegian Helsinki Committee, and Human Rights Watch said today.  Pardaev is the chairman of the Jizzakh branch of the Independent Human Rights Organization in Uzbekistan.
He was detained on November 16, 2015 to face trial on what are widely believed to be politically motivated grounds in retaliation for his human rights monitoring work and was severely beaten in pre-trial detention. On January 11, 2016, the Dustlik district court in Jizzakh region convicted Pardaev of three criminal offenses — (insult, fraud and taking a bribe, all of which he denies. The court imposed a three year conditional sentence — to be served in prison if he violates conditions of his release following a six-hour trial. The sentence stipulates that he must register monthly at the local police station.
“Uktam Pardaev’s conditional sentence is proving a convenient tool to try to shut down his human rights work, said Nadejda Atayeva, president of the Association for Human Rights in Central Asia. “The unjustified intensive surveillance he is experiencing, as well as the ever-present threat of being thrown back in jail, is restricting his human rights, including his right to speak out on human rights violations.”
Pardaev, 37, is known for his work uncovering local corruption and monitoring the forced labor of adults and children in Uzbekistan’s cotton fields. Authorities have persecuted him for his peaceful work for years, denying him an exit visa from Uzbekistan on political grounds. Prior to his arrest, Pardaev had told diplomats and international organizations that local authorities’ were increasing the pressure on him in the form of constant surveillance and harassment.
In October, Pardaev reported to Human Rights Watch that he feared imminent arrest at the hands of the local branch of Uzbekistan’s feared National Security Services, known by the initials SNB. Pardaev also said that the security services had summoned his friends and colleagues, and other people he attempted to assist, for interrogation — threatening and in some cases beating them.
On February 1, he was summoned to the Jizzakh department of the Interior Ministry for questioning by a local police inspector, Tulkin Dysmuradov. The inspector told Pardaev that in addition to the conditions stipulated in his sentence, the police were imposing travel restrictions on him and that he is not allowed to travel outside Jizzakh nor to leave his house after 10 p.m. He would also not be allowed visit his family members without obtaining prior written permission from the local police.
While a court may impose conditions on a sentence it hands down, the police have no legal authority to impose such restrictions. Nevertheless Pardaev was told to sign a paper agreeing to these conditions, which he felt he had no choice but to do as the inspector threatened him with re-arrest if he didn’t comply with the conditions.
“Uktam Pardaev is under surveillance and his movements are being controlled by the authorities simply in retribution for his human rights work — he does not present any danger to society whatsoever,” said Brigitte Dufour, director of International Partnership for Human Rights (IPHR). “It is imperative that the Uzbek authorities investigate allegations of ill-treatment in Khavast detention facility and put a stop to these practices.”
Since his release in January Pardaev has been under constant surveillance by law enforcement officials, who follow him everywhere and park their car outside his house when he is at home, he told the Association for Human Rights in Central Asia. Pardaev’s brothers, Utkir and Sharif, have also come under pressure. After Pardaev was released from detention, officials from the political investigations division visited the Pardaev brothers’ neighbors, friends, and acquaintances, questioned them and pressured them to provide incriminating information about the brothers, Pardaev reported.
“The enduring pressure on Uktam Pardaev and his family is a violation of Uzbekistan’s international commitments, and is evidently intended to silence one of Uzbekistan’s few remaining human rights activists,” said Marius Fossum, the Norwegian Helsinki Committee regional representative in Central Asia. “Tashkent should cease the harassment of Pardaev and ensure all human rights defenders the freedom and safety to carry out their work without hindrance, in accordance with international human rights standards and Uzbekistan’s international commitments.”
For his first 40 days in detention, Pardaev was held in Dustlik pre-trial detention facility, then transferred on December 26 to Khavast detention facility in the Syrdaryo region. There, he said, he was severely beaten on one occasion when he did not get dressed quickly enough.
Pardaev said he intends to appeal his conviction.
“In Uzbekistan even if a malicious prosecution does not result in a jail sentence, it will be used to justify persecution, prevent the exercise of basic human rights and shut down human rights work,” said Steve Swerdlow, Central Asia Researcher at Human Rights Watch. “Rather than get justice for the pain and suffering authorities caused him in detention, Uktam Pardaev is still being targeted.”
defenders Uzbekistan