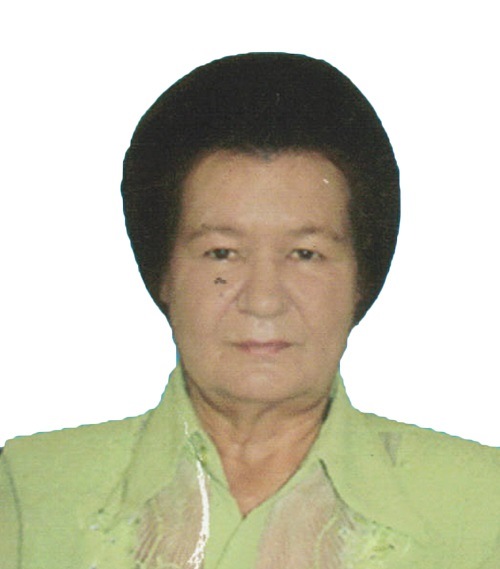 defenders
The lawyer Polina Braunerg plans to travel to get a medical treatment, but the authorities of Uzbekistan rejected her application for a permit to travel abroad.
Polina BRAUNERG was born on 11 October 1948 in the Akmolinskiy region of Kazakhstan. She is a citizen of Uzbekistan.
She is a qualified lawyer.
She is group 1 disabled.
Following her graduation from the law school of the Institute, she worked as an investigator at the Almalik town police department, where, from the very first days of her career, she was faced with serious violations of the law. She and other investigators were forced to "write off" unsolved murders, thefts, robberies of property of the deceased persons using the "testimony" of bogus witnesses.
Reluctant to carry out illegal orders of her superiors, Ms Braunerg resigned from the police. Since 1976, she has been working as a lawyer. She is known to the public for her bold and principled stand and views.
Pauline Braunerg handled the cases of political prisoners. During the investigation stage and in court, she represented the interests of prisoners and human rights defenders Fakhriddin Tillaev and Nuraddin Djumaniyazov. She defends imprisoned former Member of Parliament of Uzbekistan Murad Juraev, a human rights activist Shavkatzhon Hazhihanov, former editor of the "Erk" newspaper of the opposition party of the same name Muhammad Bekjan and others.
Ms Braunerg did a great deal of work in establishing the cause of death of Nilufar Rakhimzhanova who was sentenced to 10 years in prison but died in a women's prison in November 2014.
12 November 2014, Polina Braunerg submitted the documents required to obtain a permission to travel abroad at the Tashkent region Headquarters of the Department of control of entry, exit and registration of citizenship of the Ministry of Interior of Uzbekistan (UVVIG of the MOI of Uzbekistan).
5 December 2014, the deadline outlined in the guideline for consideration of the application expired. This was the day when the Tashkent regional Department of control of entry, exit and registration of citizenship was supposed to return her passport. However, they did not return it even either on 12 or 19 December.
26 December 2014, after repeated chasing letters, queries and requests Ms Braunerg received a reply that her application for an exit visa was rejected. She complained to the Prosecutor General of misconduct of the Tashkent region UVVIG. Ms Brounerg received formalistic responses where, with reference to paragraph three of the Decree ?8 of the Cabinet of Ministers dated 06.01.1995, without explanation, it was stated that her right to travel abroad is restricted.
Her passport was returned, however, they are refusing to endorse it with a permit to exit the country.
Association for Human rights in Central Asia - AHRCA believes that the Uzbek authorities are restricting Polina Braunerg’s right to travel because of her professional activities. Repeated phone call with treats from an anonymous caller preceded this politically motivated decision Ms Brounerg often notices that she is under a surveillance.
The Association notes that in the case of Polina Braunerg the following provision of law have been violated:
Article 28 of the Constitution of Republic of Uzbekistan: Any citizen of the Republic of Uzbekistan shall have the right to freedom of movement in the territory of the Republic, as well as a free entry to and exit from it, except in the events specified by law.
Article 30 of the Constitution of the Republic of Uzbekistan: All state bodies, public associations, and officials of the Republic of Uzbekistan shall allow any citizen access to documents, resolutions, and other materials, relating to their rights and interests.
Article 12 of the International Covenant on Civil and Political Rights:
(2) Everyone shall be free to leave any country, including his own.
Article 19 of the International Covenant on Civil and Political Rights:
(1) Everyone shall have the right to hold opinions without interference.
(2) Everyone shall have the right to freedom of expression; this right shall include freedom to seek, receive and impart information and ideas of all kinds, regardless of frontiers, either orally, in writing or in print, in the form of art, or through any other media of his choice.
defenders Uzbekistan