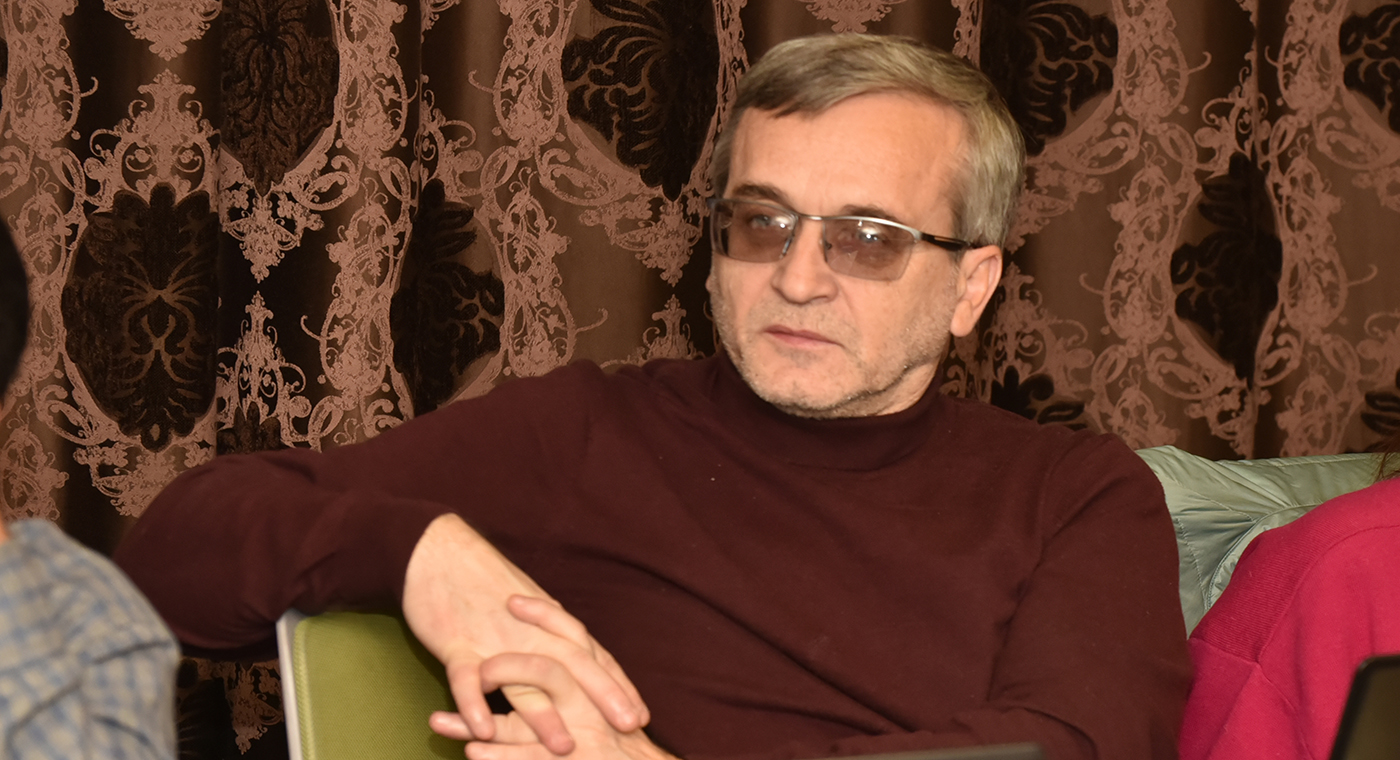 defenders
On 24 September 2013 Sergey Naumov was located at the Reception Centre of  Urgench City Department of Internal Affairs where he is being detained on the basis of a court decision under the Article 183 (Disorderly Conduct) of the Code of Republic of Uzbekistan on Administrative Responsibility.
Sergey NAUMOV, date of birth 7 March 1963, a citizen of Uzbekistan.
He is a freelance journalist, works in cooperation with international news agency “Fergana.Ru”, Institute for War and Peace Reporting, journal published by the Academy of Science of Uzbekistan “Ecological Safety and Civil Initiative” (“Fan” (Science) publishing house), and “Politzhurnal” (Moscow, Russia). Naumov is the recipient of  numerous journalist awards.
From the decision of the Urgench  City Court it became known that on 21 September 2013, in a public hearing presided over by the Judge A. Aminova, assisted by  secretary N. Bobodzhanov, in the presence of: the Urgench City Assistant Prosecutor G. Kutimov, the “victim” D. Matyakubova, the “offender” S. Naumov and the interpreter G. Rozanova, considered the case of a “violation” of Article 183 of the Administrative Code of Uzbekistan.
According to the Court, on 21 September 2013 at 16:00, D. Matyakubova, who was walking to a pharmacy, came face to face with Sergey Naumov near the house No. 20 of Al-Horizmi Street and Naumov began to pick on her;? he grabbed her breasts and verbally abused her. The Court found that this alleged action committed by him qualifies as a “disorderly conduct and disturbing the peace” (Article 183 of the Administrative Code of Uzbekistan).
During the cross examination, in presence of the “victim”, Sergey Naumov pleaded not guilty. According to him, he, unwittingly, ran into D. Matyakubova on the street. He also denies insulting her and touching her. Naumov said that he did not do anything against the public order.
The “Victim” D. Matyakubova was indignant with Sergey Naumov for denying the evidence given by her and decided “not to forgive” him, she asked the Court to “punish him to the fullest extent of the law”.
According to the Court, an official contemporaneous note taken at the scene and the statements of witnesses, whose names are not included in the Court’s Decision, established  S.Naumov’s “guilt”.
The Court sentenced Sergey Naumov to arrest of 12 days in accordance with the Article 183 of the Administrative Code of Uzbekistan. The decision came into force at 18:00 hours on 21 September 2013. The Court also decided to collect 15% of costs from S. Naumov. The Decision can be appealed within 10 days.
In the light of the above mentioned, the Association  for Human Rights in Central Asia notes that the hearing of the administrative case against Sergey Naumov, in respect of the Article 183, was conducted in violation of the principles of objectivity and fairness.
The court did not identify the Prosecutor’s witnesses by name and did not take into account the evidence given by the witnesses provided by the accused, S. Naumov; also, he was not provided with a copy of the case materials before the hearing. Sergei Naumov has a lawyer who took on the case on 24 September 2013, however, the lawyer has not yet been allowed to see the defendant.
This lawsuit against Sergei Naumov has got all of the hallmarks of a farce and politically motivated case, his right to defence is breached.
Previous publication(s) on this case:
- Press Release “Uzbekistan: Freelance journalist and human rights activist Sergey Naumov is missing” dated 22 September 2013.
torture defenders Freedom to express