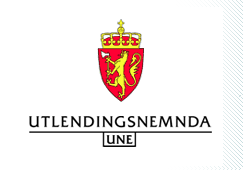 On 19 December 2014, the Immigration Appeal Council of Norway (UNE) issued a statement regarding cancelation of the decision to deport Uzbek citizens.

The decision covers everyone except those who violated the Dublin Convention. The Convention identifies the state responsible for processing the asylum application made in one of the EU countries.
The documentary entitled “Betrayal”   which was broadcast on 11 December on the state TV channel “Uzbekistan”, found its way into the internet and attracted a wide audience. The heroes of the film were 8 citizens of Uzbekistan, who previously have lived in Norway on the basis of their asylum applications. In 2014 Norway forcibly returned them into Uzbekistan. Once in the country of origin, they were imprisoned and forced to “repent” on their “betrayal of the Motherland” and becoming a member of a “religious extremist group”. Their testimonies were recorded and broadcast on TV.
According the information available to our organisation, 18 people who were returned from Norway were subjected to repressions. Based on their statements, Uzbek authorities extracted information about those who are still in Norway. Now, the relatives of the refugees who live in Uzbekistan are in danger too. Many of them face travel restrictions and are dismissed from civil service jobs.
The Association for Human Rights in Central Asia - AHRCA expresses its gratitude to the Norwegian lawyers, Norway Helsinki Committee and the Norwegian media  for taking stand in support of protection of the Uzbek refugees, also to the Norwegian government for making timely decision which protected the refugees from torture and other violations of human rights in their country of origin.
Previous press release about this case:
Press Release «Uzbekistan: «traitors of the Motherland» are named» dated 13 December 2014
Refugees Uzbekistan