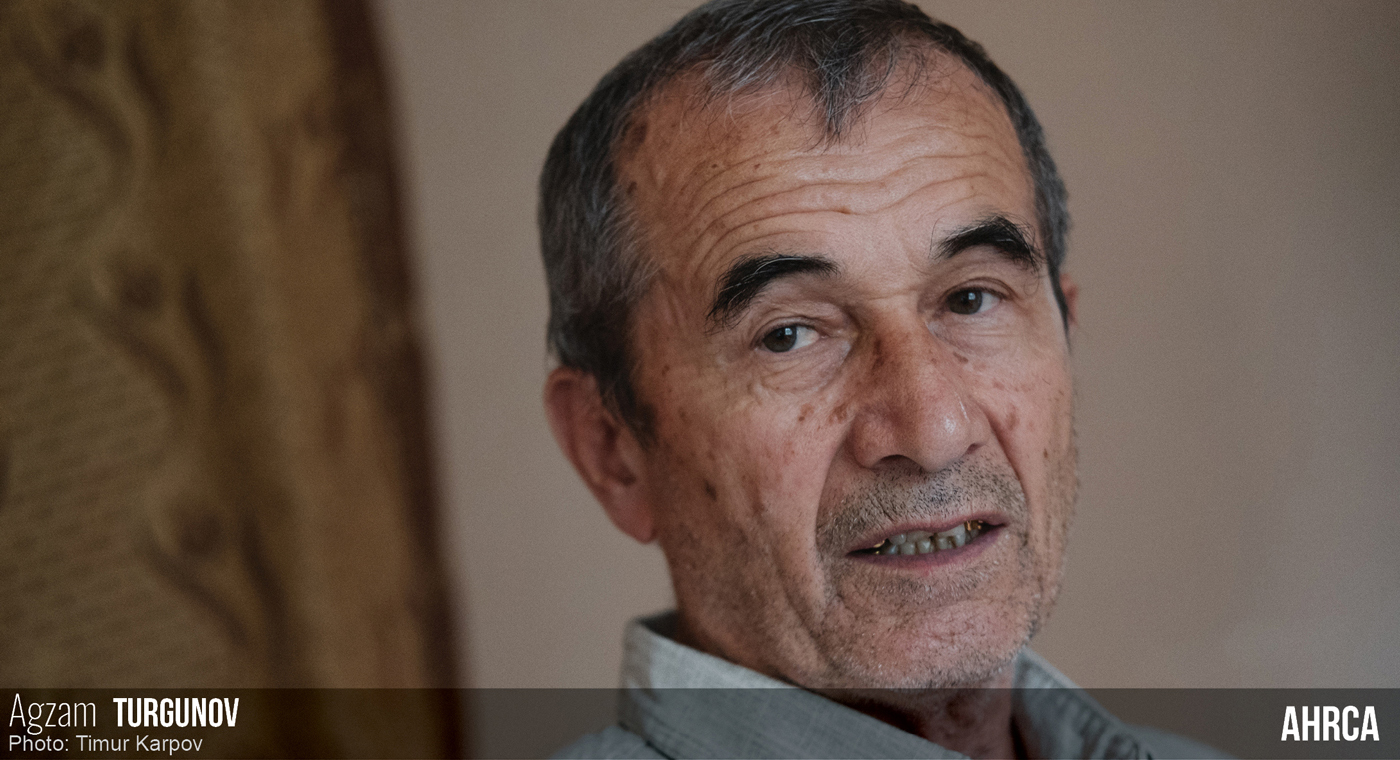 On 19 April 2022, police came to conduct a search of Agzam Turgunov’s house, but aborted the plan when Turgunov insisted on taking a photo of the search warrant, which contained false information. This is the latest in a series of incidents believed to be aimed at harassing and intimidating the human rights defender and former political prisoner. Association for Human Rights in Central Asia (AHRCA) and International Partnership for Human Rights (IPHR) call on the Uzbekistani authorities to end the harassment and intimidation of Agzam Turgunov and to allow him to continue his human rights work unhindered.

On 19 April 2022, at 09.10 am, several police officers (one in uniform, three in plain clothes) came to Agzam Turgunov’s house to conduct a search while the human rights activist was on his way to the Ministry of Justice for a repeat attempt to register the NGO Human Rights House. Turgunov’s son, who refused the officers entry to the house, sent Agzam Turgunov a message urging him to return home. When Turgunov arrived, he insisted on seeing the search warrant. One of the officers, who introduced himself as an investigator of the Department of Internal Affairs of the Almazar District in Tashkent, handed over the document but immediately tore it out of his hands when Turgunov tried to take a photo.

According to Turgunov, the document contained the human rights defender’s home address, the name of his son, who lives at the same address, and is also a co-founder of Human Rights House, and a reference to the criminal case of a named individual who is unknown to Turgunov’s family and has, according to the warrant, been charged with “creation, leadership, participation in religious extremist, separatist, fundamentalist or other prohibited organisations” (under Art. 244-2).

A few moments later, a police officer allegedly told his colleagues that he had received an urgent call from a senior official with instructions to stop the operation. Then the man turned to Turgunov and said: "Sorry, there was a misunderstanding", after which all four officers quickly left.
This was the latest in a recent series of incidents believed to be aimed at harassing and intimidating Agzam Turgunov. Starting from April this year, Turgunov noticed that he was closely observed by police and that a police car was frequently parked outside his house. Furthermore, in the last few months he has been receiving phone calls from the police asking him about his plans for the day and offering “to accompany him”.
BACKGROUND INFORMATION
Agzam Turgunov served three prison terms in connection with his human rights activism. Most recently, he was released in October 2017 after serving nine years in prison. In 2009 and 2014, the European Parliament had called on the Uzbekistani authorities to release Turgunov along with other political prisoners in Uzbekistan.
Since his release, Turgunov and other activists have repeatedly attempted to register the NGO Human Rights House, but to no avail. The Ministry of Justice’s grounds for rejecting the applications have been unclear and unsubstantiated, indicating that the registration requests were refused on politically motivated grounds. In March 2022, Turgunov received another rejection. He is currently updating the package of documents for filing his tenth application for registration.
The space for civil society to operate remains seriously restricted in Uzbekistan. In May 2020, the United Nations Human Rights Committee raised concern at “the small number of independent self-initiated NGOs registered in the State party, [and] the high number of rejections for registration”. On 4 March 2021, President Shavkat Mirziyoyev approved the “Concept on Development of Civil Society in 2021-2025” and a Road Map for its implementation, setting out measures to address various issues important to civil society organisations. However, the Concept fails to address an issue of central importance for independent civil society groups in Uzbekistan, namely the clarification of procedures and criteria that apply when registering NGOs.
rule of law EU-Uzbekistan United Nations EU OSCE USA