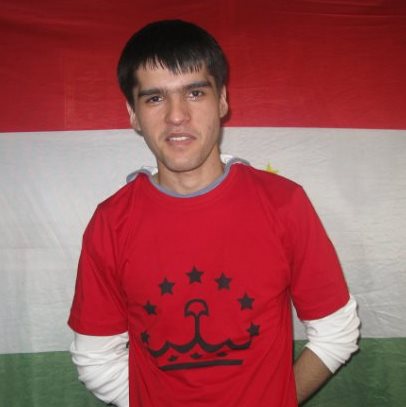 torture prevention
It has been 72 days since the disappearance of the blogger Ehson Odinayev more famous as Sarafrozi Olamafruz.
Ehson Sayfulloyevich Odinayev was born on 12 June 1991. He is a citizen of Tajikistan.
He has a secondary education. Since 2007, he has been living in Russia permanently. During the first years of his residency, he used to participate actively in public cultural events organised by the Embassy of Tajikistan in Moscow, as well as in the projects aimed at protection of the Tajik economic migrants.
When Odinayev faced injustice and felt the vulnerability against the repressive regime of Emomali Rakhmon, he took an active civil stand. In the last presidential elections, Odinayev voted for an alternative candidate. He became involved in protests organised by political opposition leaders.
Later, Ehson Odinayev became an activist of the Youth of Tajikistan for Revival movement, a member political organisation of the Group 24.
“On 19 May 2015, he left home located at 20 Tambov Street of St. Petersburg about 18.00, presumably heading to the Violet pharmacy in order to buy Aridzon – a medicine to relieve inflammation of his eye and did not return. His mobile phone is not answered, and he has not contacted anyone"- said a statement reporting the disappearance of missing Ehson Odinayev produced by his brother Vaysiddin Odinayev.
This report was submitted, on 23 May 2015, to the Frunze District, Sankt-Petersburg Department of the MIA of Russia. So far, there has been no news from the agencies of the Ministry Internal Affair.
For the last months before his disappearance, he secretly lived in his friend’s apartment. His family found eavesdropping devices planted there. They said that lately he often hinted to them that suspicious looking people were following him. When Ehson Odinayev’s brother and mother arrived at the apartment after his disappearance, they found that the place was illegally search. Ehson managed to leave a few signs which suggest to his suffering mother that he did not disappear of his own will. The protracted nature of the crisis.
Everyone who knows Ehson Odinayev personally believes that special services of Tajikistan, who have been long after him, are involved in his disappearance. Recently, Tajikistan declared him wanted by Interpol, accusing him of involvement in cybercrimes. These charges are politically motivated and cause serious doubts. Much points to the fact that this young and daring blogger irritates the corrupt government of Tajikistan with his open criticism.
The name of Sarafrozi Olamafruz is popular in the Internet, especially among the Tajik community. We offer you a partial list of the pages in social networks and opposition online publications:
https://www.facebook.com/anitdiktator.antidiktator?fref=ts
http://www.contact.az/docs/2015/Politics/071500123257ru.htm#.Vaa-d_ntmko
https://vk.com/guruhi24
http://www.tajinfo.org/peoplesarafroz/author/sarafroz
http://tajinfo.org/
http://www.tajinfo.org/peoplesarafroz/author/sarafroz
https://www.facebook.com/groups/platformatj/?__mref=message_bubble
https://www.facebook.com/groups/guruhi24/?__mref=message_bubble
https://www.facebook.com/groups/gruppa24/?__mref=message_bubble
Tajikistan launched an unprecedented crackdown on opponents of the Emomali Rakhmon regime. Intelligence agencies of the country are using illegal and violent methods:
— A leader of the Youth of Tajikistan for Revival movement Maksud Ibragimov was abducted in December 2014 in Moscow and illegally transported to Tajikistan. Under torture, he was forced to give a written evidence that he voluntarily returned home. On 24 July 2015, he was sentenced to 17 years imprisonment to be served in a maximum-security penal colony;
— A leader of the opposition organisation Group 24 Umarali Kuvatov, following several attempts, was first poisoned together with his wife and children and then shot in the head in March 2015 in Istanbul;
— There are numerous arrests and abductions of supporters of political opposition leaders and critics of the regime.
Tajik activists, even those who have Russian citizenship, are leaving the CIS countries and applying for international protection in the countries, which have ratified the UN Convention on the Status of Refugees. Actions of the intelligence agencies of Tajikistan are forcing them to do so. Those who remain in Russia and other CIS countries are forced to go underground. They no longer believe that lawyers and human rights activists can protect them. Many civil society activists of Tajikistan, especially those living abroad, feel vulnerable. They are urgently contacting the Association for Human Rights in Central Asia and international human rights organisations: HRW, NHC, Amnesty International and others.
Association for Human Rights in Central Asia (AHRCA) is extremely concerned about the disappearance of the Tajik blogger Ehson Odinayev. We urge the Russian government to create conditions for fair and objective investigation of this case.
The ineffectiveness of the domestic means of protection of human rights in Tajikistan and other CIS countries is an explanation for executions of the critics of Emomali Rakhmon’s regime. Urgent intervention of the international community to urge the government of Tajikistan to respect the fundamental human rights and freedoms is necessary.
Tajikistan torture