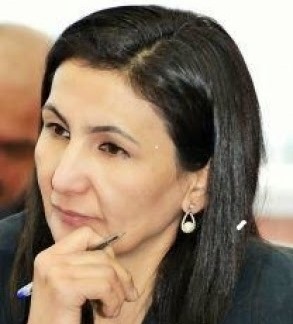 refugees
Gulnora Ravshan, a journalist report from Turkey: «…to start with, they would call over the phone but say nothing, then they started threatening and now they are watching my every movement».
Gulnora RAVSHAN was born on 28 July 1966 in Tajikistan. She is a citizen of Tajikistan, ethnic Uzbek.
She has a higher education degree. She works in the field of journalism. From January 2006 to March 2012, she was an Uzbek service correspondent of the Radio Free Europe/Radio Liberty. She is the mother of four children.
Gulnora Ravshan had to leave Tajikistan in 2013 to escape a punishment on trumped-up charges of spying for Uzbekistan.
In February 2015, she filed a report with the Foreigner’s Department of the City of Bursa Directorate of Security; in her report, she wrote: «On 30 January, at about 5 o’clock in the morning, I went to a park with my children. My eldest daughter Rushana noticed a man watching us. Soon after, I noticed that the same man was following us.
He was wearing a brown jacket and a hat, which made it impossible to identify him. He was dressed in dark blue jeans. When he realised that, we noticed him, he was gone.
On 31 January, around 10:30 am, I went to a meeting with my friend, a woman from Uzbekistan (the name is withheld here for safety reasons- AHRCA), she lives in the city of Bursa. And on that day, on the way to this meeting, I also noticed that the man wearing the same clothes was constantly following me at a short distance behind me.
In addition, on 24 January 2015 Google informed me that someone was trying to break into my email account. I can provide a copy of this report, if necessary.
Even before the above-mentioned instances, an unknown man, saying that he knew me and was trying to ask me what I do in Turkey and to find out the details of my personal life, approached me. I received a few calls from him, when I called back, he never picked up the phone.
I am in a panic, I do not know how to protect myself and my children».
On 2 February 2015, Gulnora Ravshan filed a complaint at the Office of the General Prosecutor of Turkey. There she was told that they have no agency that would be specialised in affairs of foreign citizens under the protection of UNHCR, so they consider her complaint on the same basis as others and cannot respond in expedited manner.
Association for Human Rights in Central Asia (AHRCA) calls for provision of international protection of Gulnora Ravshan, a refugee from Tajikistan, who is prosecuted in the country of origin for her professional activities. And in this regard, the AHRCA appeals for intervention of:
— The United Nations High Commissioner for Refugees (UNHCR);
— International Organisation for Migration (IOM);
— agencies of internal affairs of Turkey;
— international human rights organisations;
— the media.
Tajikistan defenders Freedom to express