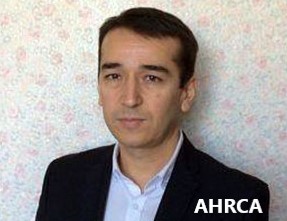 On January 2015, in Moscow, the leader and founder of the organisation "Youth of Tajikistan for the revival of Tajikistan" Maksud Ibragimov went missing. There is evidence that suggests he was extradited to Tajikistan.
Maksud Muhidinovich Ibragimov was born on 3 November 1977 in Dushanbe, Tajikistan. He is a founder and Chairman of the Russian youth organisation "Youth of Tajikistan for the revival of Tajikistan". He is a member of the governing board of an opposition coalition "New Tajikistan", which includes the "Group 24".
In 2004 Maksud Ibragimov renounced citizenship of Tajikistan and acquired citizenship of the Russian Federation. He has been in permanent residence in Russia for more than 10 years. In December Ibragimov learned that his "citizenship of the Russian Federation was revoked". According to the Constitution of the Russian Federation, a citizen of the Russian Federation can not be deprived of his nationality. Therefore, under the "deprivation of citizenship" one can only understand that Ibragimov’s receiving of the Russian citizenship was declared illegal retroactively. He did not have time to find out why this was the case, because he was busy getting a treatment after the attack by a group of people that resulted in him getting six stab wounds. You can read more about it in our press release "Russia: an attempt on the life of a member of the Tajik opposition Maksud Ibragimov" dated 1 December 2014.The attackers have not yet been found.
Ibragimov is actively engaged in social and political life since 2013. He repeatedly appeared in the media with criticism of the leadership of Tajikistan.
He participated in discussions and conferences, which discussed the situation of young people in Russia. He represented the Tajik youth living in Russia. At the initiative of Tajik youth activists in Moscow and with the support of the Government of Moscow, on 2 September 2014 in "Moscow House of Nationalities", a round table talks entitled "Interaction of public authorities and civil society in matters of harmonisation of interethnic and interfaith relations" took place. Maqsud Ibragimov presented a report entitled “Protecting the rights of migrant workers in modern Russia: the interaction with public authorities and civil society", as a chairman of the organisation "Youth of Tajikistan for the revival of Tajikistan."
Tajik authorities responded to Maksud Ibragimov’s political activity and popularity among young people and his supporters.
Attempts to get an official response from the public authorities of Russia about the whereabouts of Maksud Ibragimov continue.