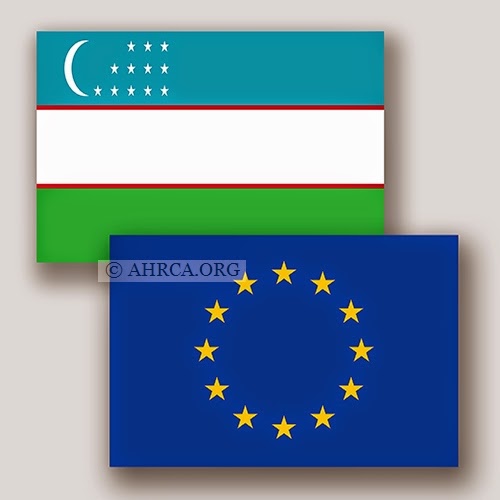 Against the background described above, many citizens remain fearful of reprisals for protesting and are therefore reluctant to participate in demonstrations. However, over 2017 some small peaceful protests were held with varying reactions from the authorities.

— During a visit by President Mirziyayev to Navoi region on 28 March 2017,  dozens of women and elderly from the village of Tasmachi in Khatirchinsky region travelled by bus to meet him and protest over insufficient electricity supply, high food prices and local corruption. However, the villagers claimed that the local authorities and traffic police blocked the roads out of the village to prevent them from meeting the president.
— Fergana News Agency  reported that on 15 August 2017, a spontaneous rally was held by hundreds of people outside the Supreme Court in Tashkent. Angered by the long wait for appointments the crowd of several hundred people reportedly pushed against the iron gates in front of the court, eventually breaking them down. Fergana quoted an eye witness as saying, “You should have seen what power these people demonstrated – they went into the court yard and building… the guards were running around everywhere… people’s nerves are exhausted”. On 19 August, the Supreme Court issued a communiqué  refuting the Fergana report. The Uzbek service of RFE/RL reported eyewitness accounts confirming the incident.

— According to the Fergana News Agency, on 22 August 2017, 85- year-old pensioner Nina Sahartseva and 80-year-old Yulia Syavich from Tashkent were standing with signs asking to meet President Mirziyoyev outside the presidential administration building in Tashkent.  After two hours, officials from the presidential administration came out and one grabbed the elderly women roughly by the hands and doused them with water as a result of which they were forced to leave.

The public response to a situation of alleged bullying resulting in a student’s death illustrates the evolving nature of civic engagement and public demonstrations in Uzbekistan. On 1 June 2017, Zhasurbek Ibragimov, a student at the Borovskiy Medical College, died in Tashkent after being beaten up by unknown assailants on 3 May. Civic activists Irina Zaidman and Maria Legler organized an online petition calling on the Uzbekistani authorities to find those responsible for Zhasurbek’s death and bring them to justice. The petition received unprecedented public support and was signed by over 20 000 persons. At a rally held in Duslik Park on 4 June, Deputy Chief of the Tashkent Central Internal Affairs Directorate Doniyor Tashkhodzhaev assured the participants that this tragic case would be thoroughly investigated. However, on 15 November 2017, Zaydman was summoned to the police station, where she was detained. Police officers searched her house on the same day. The next day she and Legler were found guilty of organizing an unsanctioned meeting and sentenced to ten and 15 days of administrative detention, respectively.  Neither woman had a lawyer present at the closed hearing when they were sentenced, which is a violation of the Criminal Procedural Code of Uzbekistan.

Update on developments in case of torture of Ilhom and Rahim Ibodov: On 28 November 2016, a number of human rights organizations including IPHR and AHRCA called for a thorough, impartial investigation into the alleged torture of two brothers in custody of the Uzbekistani National Security Service. Ilhom Ibodov died in a National Security Service detention facility in Bukhara in September 2015, after allegedly being tortured.  His brother, Rahim Ibodov, was also allegedly tortured and sentenced to eight years.  Both men had reportedly refused to comply with extortion demands from SNB officers and threatened to expose alleged corruption in the security service, and were arrested for “administrative violations” and later charged with tax and other commercial offences. Rahim Ibodov was released from detention conditionally in 2017 due to ill health. On 10 February 2018 court bailiffs confiscated property from the Ibodov family home, as stated in the 2016 court ruling. Last week the Prosecutor summoned Rahim Ibodov and informed him that one of the officials allegedly responsible for torturing him and his brother had been arrested and that Rahim’s case would be reviewed in Tashkent.

The Uzbekistani authorities should review the criminal conviction as it was based on evidence and testimony obtained through torture and other ill-treatment. They should rescind the decision on confiscation of property until the criminal case is reviewed.

Shukhrat Musin was recognized as a refugee in Kyrgyzstan in July 2010, on the grounds of religious persecution.  He was reportedly abducted on 18 February 2013 and resurfaced two months later in Andijan, where he was subsequently sentenced to eight years’ imprisonment. Please inquire about the state of health and current whereabouts of Shukhrat Musin, who is still a recognized refugee and as such should enjoy international protection. Please call on the Uzbekistani authorities to launch an investigation into the circumstances of Musin’s return from Bishkek, Kyrgyzstan to Andijan, Uzbekistan and bring those responsible for the abduction and forcible return to justice.

Davron Komoliddinov is serving 7 years from 2015 for reposting a post on the social media site “Classmates” (Odnoklassniki). An Uzbekistani citizen, he was arrested in Krasnoyarsk, Russia, in April 2015 following an extradition request from Uzbekistan. His relatives were informed in September 2015 that he was being held in a Tashkent prison. He was sentenced to eight years’ imprisonment after being found guilty of incitement to ethnic, racial or religious hatred (Article 156) and crimes against the constitution (Article 159) in an unfair trial where he was represented by a state appointed lawyer. There are concerns that Komoliddinov was subjected to torture and other ill-treatment to force him to confess.

The case against Davron Kamoliddinov should be reopened, because the charges were based on self-incriminating evidence which was allegedly obtained through the use of torture and other ill-treatment. The accusations that Kamoliddinov disseminated banned information (in the form of a photograph of an Uzbek religious figure) are complicated because in Uzbekistan there is no publicly available list of banned organizations, information and literature.

Bakhtiyor Khudayberdiev was arrested on 9 January 2016 as he flew from Seoul in South Korea to Tashkent on the way to visit his parents in Osh, Kyrgyzstan. Bakhtiyor was detained after security officials at the airport allegedly found recordings of prayers and verses from the Koran on his mobile phone as well as news items about the 2010 ethnic unrest in Osh downloaded from the internet. He was subsequently charged under Article 244-2 of the Criminal Code of Uzbekistan (Production and distribution of materials containing threat to public security and public order). Bakhtiyor Khudayberdiev and his parents deny the charges and maintain that he has only exercised his faith in a peaceful. There were reports that he was tortured and ill-treated while in detention. In autumn 2016 he was sentenced to seven years’ imprisonment.

Call on the Uzbekistani authorities to initiate an investigation into the allegations of torture of Bakhtiyor Khudayberdiev in 2016 while in SNB detention, and call for a review of the criminal case against him as the video of the Osh events found on his mobile telephone cannot be considered “banned” information as it is openly available on internet, as are the verses from the Koran found on his phone.

• Immediate and unconditional release these and all others who have been imprisoned on politically-motivated grounds as a demonstration of the serious commitment of the Uzbekistani authorities to the protection of fundamental rights as set out in the constitution.

• Immediate and unconditional release of independent journalists Bobomurod Abdullayev and Khayot Nasreddinov from pre-trial detention and for a thorough and effective investigation to be conducted into the allegations of torture and ill-treatment used against them and for those found guilty to be brought to justice in a fair trial.  Ensure that their relatives and lawyers are protected from reprisals;

• Ask the Uzbekistani authorities to provide information on the state of health of imprisoned human rights defender Fakhriddin Tillaev who was subjected to torture during the criminal investigation against him and forced to confess;

• Ensure an end to the practice of law enforcement authorities arbitrarily detaining human rights activists, journalists, bloggers and ensure that such incidents are effectively and thoroughly investigated and the results made public;

• To issue an invitation to the UN Special Rapporteurs on Torture and on Freedom of expression to visit the country;

• Ensure transparency by publishing a list of banned organizations and banned literature.

• Immediate review of the criminal cases against Shukhrat Musin, Davron Kamoliddinov and Bakhtiyar Khudoiberdiyev, who were allegedly tortured during investigations and in whose cases the criminal charges were based on public materials which had no connection to prohibited or banned materials.