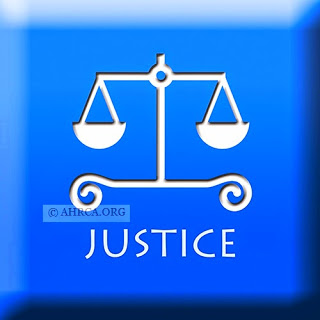 Since 29 April 2015 a breastfeeding mother of a 5-month old baby is detained in a pre-trial detention facility.

Nazgul Ahmatalieva born on 9 November 1988 is detained together with her 5 month old baby in the Osh city pre-trial detention centre No.5. She is married and has two children.
We learnt that Nazgul Ahmatalieva is accused of committing a fraud (Article 166 of the Criminal Code of the Kyrgyz Republic). She has no previous convictions. After graduating from a high school, Ahmatalieva was employed by the Swedish-Kyrgyz company «Oriflame-Kyrgyzstan». At the insistence of the company management, she signed a statement that she allegedly received 7,000 US dollars. By much persuasion, she was misled to believe that the note she signed was only a formality, it did not impose any liability on her. At that time, Ahmatalieva was pregnant and was about to leave on a maternity leave. In reality, she never received the money or the goods in that amount and never had any financially responsibility for the money in question. As it turned out, two previously convicted women put down the note in question for her. They fraudulently persuaded her to sign a document, but she did not fully understand what she had signed.
On 14 April 2015, the law enforcement officials summoned her for questioning the first time. On 15 April, the second interrogation took place, the following night she felt extremely unwell and her family had to call an ambulance. Doctors recorded that her health condition was critical. It was a reaction to the way they treated her during the investigation. She underwent a medical forensic examination. According to its results, the defendant N. Ahmatalieva is in a state of psychosis resulting from a nervous breakdown. Her speech is impaired, after her arrest, she lost her ability to speak almost entirely. The charges came to her as a great shock.
On 29 April 2015, Nazgul Ahmataliev was taken into custody. The Osh City Court handed down a decision to remand her in custody for an initial period of 18 days, as a preventive measure. Despite her health condition, Akmatalieva is in detention with her baby and continues to breastfeed a child who is ill with measles. The doctors recommend not to stop breastfeeding at this very time, because the child is very weak. To make matters even worse, now the baby is kept in an environment where it is easy to contract TB.
All this time, duty lawyers have been representing her. According to preliminary information available to our organisation, investigations of the criminal matter against Nazgul Ahmatalieva are conducted in violation of the procedural rules and in conditions causing serious damage to her health and the health of her baby.
Association for Human Rights in Central Asia (AHRCA) calls on the Government of the Kyrgyz Republic to fulfill its obligations under international agreements in the field of human rights. We ask to ensure compliance with national legislation and the principles of legality and objectivity in the investigation of the criminal case against a citizen of Kyrgyzstan, Nazgul Ahmatalieva.
Our report was also sent to:
— UN Special Rapporteur on Torture;
— Special Rapporteur on Human Rights of the EU;
— Special Rapporteur of the EU to Central Asia;
— Chairman of the Subcommittee on Human Rights of the European Parliament;
— Minister of Foreign Affairs of Kyrgyzstan;
— Prosecutor General of Kyrgyzstan.
Kyrgyzstan torture Freedom to express