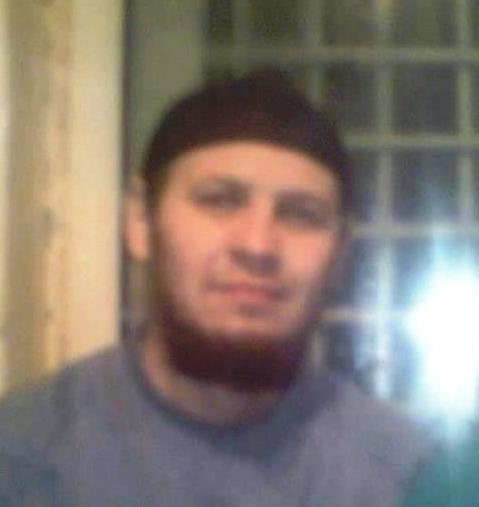 In Dzheskasgan prison camp, the prisoner Rafis Galiulin is subjected to torture.

Rafis Rafitovich GALIULIN was born on 29 December 1970 in the city of Astana (former Tselinograd). He is a Kazakhstan national, married and has three children. He is a member of «Khizb ut-Takhrir” and does not hide his beliefs. He is in custody since October 2009.

On 28-29 October 2014 the prisoner Galuulin was transferred to the prison No. 159/25 which is a Department of the Correctional System located in the Karaganda region. People call this place the Dzhezgan Camp. From 6 to 11 November 2014 he was ordered, under torture, to carry out derogatory orders and forced to give a statement denouncing his membership of “Khizb ut-Takhrir” in front of a video camera. Galiulin was repeatedly beaten in the region of his liver, kidneys and his lower back by 10 people.
From 21 November to 6 December 2014 Galipulin was held in solitary confinement in violation of terms of the regime.
From 8 to 22 December 2014 he was held in isolation as a punishment.
On 13 December 2014 Galiulin was refused the right to meet his wife under a pretext that she did not meet the requirements for a pass warrent when searched. His wife was told that the meeting was cancelled because he violated the order of the detention facility. The meeting was postponed until 24 December 2014. During the next 10 days the prison employees applied ointments to his body to cover up the traces of his injuries.
Rafis Galiulin arrived at the Dzhezkazgan prison (the institution entitled N° 159/25) from the detention facility titled LA 155/1 [N°-155/1] of the Management Committee of the Correctional System  of the Almaty and Almaty region.
In one month of his detention in the Dzhezkazgan Camp, Rafis Galiululin lost about 10 kg of body weight. His eyes are getting worse and he lost many of his teeth. All the petitions made asking for medical care are ignored. When his teeth got infected, he had to pull them out and stop the bleeding himself. Any medication brought by his relatives is not passed on to him. Galiulin often gets acute abdominal pain.
On 3 October 2009 was arrested by the Kazakhstan National Security Committee (KNB) agents in the apartment he was renting. On the same day he and other five detained [fraudsters] were tortured and forced to give self-incriminating evidence. Their arms were twisted (a method of torture called “the swallow”), their heads were banged against a concrete floor, they were raped using truncheons. Their bodies and faces are bruised.
The Sentence
On 3 August 2010 Galiulin was sentenced to 7 years of imprisonment under the following Articles of the Criminal Code of the Republic of Kazakhstan:
— 164, part 2 (Incitement of Social, National, Tribal, Racial, or Religious Enmity);
— 233-1, part 1 (Promotion of terrorism or public appeals for commission of an act of terrorism, and equally distribution of materials of said contents);
— 337-1, part 1 (Organisation of the activity of a public or religious association or other organisation after a Court order abolishing it, or banning such activity because of  its extreme nature);
— 337-1, part 2 (Taking part in the activity of a public or religious association or other organisation after a Court order abolishing it, or banning such activity because of  its extreme nature).
Conviction of Rafis Galiulin was appealed to all instances of the Courts, including to the Supreme Court of Kazakhstan and the Prosecutor’s Office, the Administration of the President of Kazakhstan, the Ministry of Internal Affairs, the government investigative agencies, Chief Department of the Kazakhstan National Security Committee, the Punitive-Execution Committee at the Ministry of Internal Affairs of Kazakhstan. All appeals of his case were reviewed very formalistically. The evidence of torture used against Galiunin is reviewed not in presence of his defence lawyers and he was forced to give written statements to the contrary.
Practice of torture
Since his arrest and detention Rafis Galiulin is being abused and tortured. The representatives of authorities exert psychological and physical pressure on him. Galiulin is contained in conditions that do not allow investigation of his torture. In Kazakhstan, cruelty to members of informal religious groups, communities and organisations became the norm of the system.
Pressure on the family
Natalia Valerievna Galiulina (Rafis Galiulin’s wife), date of birth 14 April 1980, a citizen of Kazakhstan, is prosecuted.
She was accused of having "extreme religious views" and posting in the Internet of a video message in defence of her husband.
In 2013, while living in Kazakhstan, Galiulina was found guilty under Part 2 of Article 233-1 of the Criminal Code of Kazakhstan (Promotion of terrorism or extremism or public incitement to commit an act of terrorism). She faces imprisonment of up to 5 years in a penal colony. The Saryark District Court ? 2 of Astana handed down a suspended sentence. According to her defence, Natalia Galiulina’s guilt is not proven. The Court did not identify the IP-address belonging to her, her login or the source of upload of the video into the Internet network. Her defence is convinced that Galiulina is prosecuted to prevent her husband from defending against his trumped-up charges.
* * *
The Association for Human Rights in Central Asia - AHRCA draws attention of the international community to the fact that such actions of the authorities of Kazakhstan contradict the Constitution of the Republic of Kazakhstan and commitments this country made when it ratified the International Covenant on Civil and Political Rights (Articles 7, 10, 18 , 19, 26), the Convention against Torture and Other Cruel, Inhuman or Degrading Treatment or Punishment (Article 15), the UN Declaration on the Right and Responsibility of Individuals, Groups and Organs of Society to Promote and Protect Universally Recognised Human Rights and Fundamental Freedoms, the Body of Principles for the Protection of All Persons under Detention or Imprisonment in any Form (Principles 1, 6, 21).
Kazakhstan torture