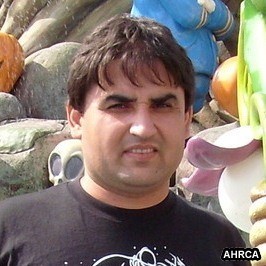 political prisoners
There are only five days remaining before South Korean authorities are scheduled to extradite an Uzbek citizen, Abdoolla Rabiev. South Korea denied him political refugee status.
The reason for denial: “Uzbekistan has well-functioning democratic institutions” to protect the rights of its citizens. There is an extreme urgency for international intervention into Rabiev’s case.
Abdoolla Rabiev, born on March 8, 1976, is an entrepreneur.
He has been persecuted by Uzbeki authorities since 1998 on the grounds of being a radical Muslim. However, Abdoolla denies having any connection to the Hizb ut-Tahrir, or any other radical religious party. He has fled to South Korea in 2001, and has lived there since.
On February 23, 2009, Abdoolla Rabiev, Uzbek citizen, was arrested in Suwon, South Korea, as part of a police raid on illegal immigrants. He has since been detained in another South Korean town, Chungju. Neither Abdoolla nor his lawyer are hopeful that South Korea will grant him a political refugee status. It is most likely that South Korean authorities will extradite Abdoolla back to Uzbekistan. All his prior appeals for refugee status have been so far denied.
Abdoolla has fled severe religious persecution in Uzbekistan, with authorities accusing him of being part of one of the banned extremist Islamist groups, Hizb ut-Tahrir. Eight of his family members have been given extensive jail time based on these allegations. One of his brothers is already serving jail time at a secret location. Some of Abdoolla’s family members had their toenails and fingernails ripped out to force them to confess to false allegations (a common practice in Uzbekistan).
There are numerous cases similar to Abdoolla’s: Uzbek citizens persecuted on the grounds of allegedly outlawed religious practices fleeing to South Korea and residing there illegally. The majority, however, lives in hiding, and Abdoolla’s attempt to secure a refugee is an exception. If South Korea decides to grant him a refugee status, it would have to legalize many other illegal migrants from Uzbekistan. This, in addition to South Korea’s close economic ties to Uzbekistan, and its perception of Uzbekistan as a democratic country, are likely to be determining factors in favor of ignoring Abdoollah’s case, and in turn, the UN Refugee Convention and the UN Convention Against Torture (Article 3).
We urge the United Nations, media, and international community to bring awareness to Abdoolla Rabiev’s case and to South Korea’s undemocratic behavior. Intervention into his case is urgently needed not only to prevent him from being tortured in Uzbekistan, but also to save lives of many other Uzbek migrants in South Korea. We advocate South Korea to follow its responsibilities under Article 3 of the UN Convention Against Torture, which clearly states: “No State Party shall expel, return ("refouler") or extradite a person to another State where there are substantial grounds for believing that he would be in danger of being subjected to torture.”
Abdoolla Rabiev is waiting for your support!
Please send in your support messages by no later than March 5th, 2011 to the following address:
National Committee on Human Rights
Gumsegi Building, No. 16, Ulgiro 1-ga, Jung-gu, Seoul, Korea, 100-842
Telephone: +82-2-2125-9700
Complaints Hotline: 1331 or (02-1331)
Fax: +82-2-2125-9718
Email: This email address is being protected from spambots. You need JavaScript enabled to view it.
If writing by email, please include “The Case of Uzbek Citizen, Abdoolla Rabiev” in the subject line.
We would also appreciate if you would send your support letters by fax to Abdoolla’s lawyer:
+82-2-3477-4229, or by email to our organization: This email address is being protected from spambots. You need JavaScript enabled to view it.
torture Refugees