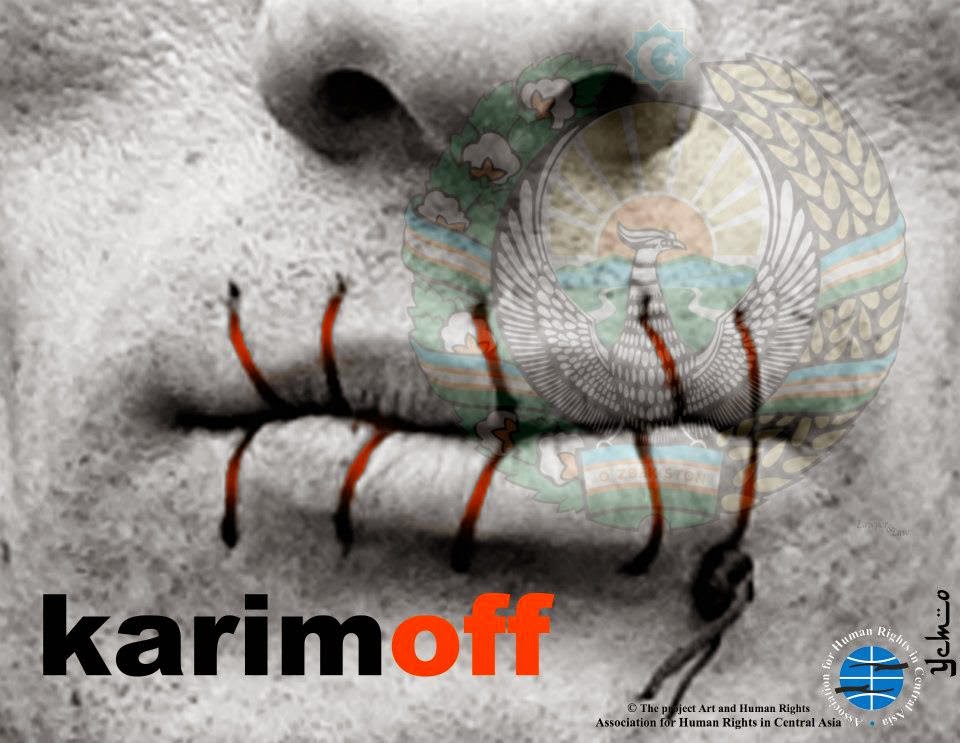 On January 24 2011, during the official visit of dictator Islam Karimov, the Organization for Human Rights in Central Asia organized a demonstration at the entrance to the European Commission in Brussels.
The demonstration was dedicated to defending human rights in Uzbekistan. Amnesty International, Human Rights Watch, western journalists and Uzbek political émigrés also took part in the demonstration. 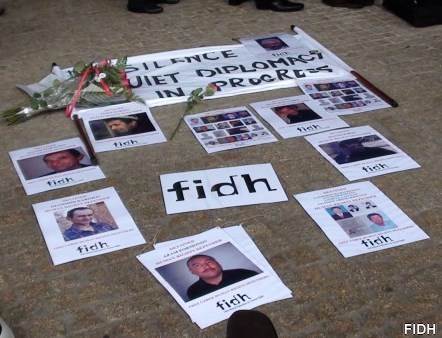 Since 2005 the Uzbek government has stubbornly rejected all calls for an international, independent investigation into the Andijan tragedy. Due to this the EU imposed sanctions on Uzbekistan in November 2005. In 2009 the EU lifted these sanctions for no apparent reason, despite criticism from human rights organizations.
Now the President of the European Commission, Jode Manuel Barroso, has met with dictator Islam Karimov, even though the latter’s presidency is unconstitutional. 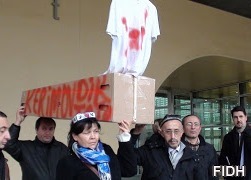 To the best of our knowledge the King of Belgium, Albert II, and the President of the European Council, Herman van Rompuy, refused to meet dictator Karimov.
There are over 7000 political prisoners in Uzbekistan, and 38 civil society activists are also behind bars. Among them are: Murad Djuraev (former member of the Uzbekistan parliament); Mamadali Mahmudov (author); Agzam Turgunov (founder of the human rights movement ‘Mazhlum’); Muhammed Bekzhan (the first editor of the ‘Erk’ newspaper, an organ of the opposition party ‘Erk’).
Human rights activist Mutabar Tadjibaeva recounts her horrific experiences in Uzbek jails and prison colonies. She asks the EU not to forget the sad fates of Uzbek human rights activists and 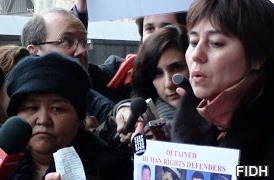 independent journalists. Mutabar asked the European Commission President, Jose Manuel Barroso, to remember that at the same time as he was signing an energy agreement with Uzbekistan, schools, hospitals and homes in Uzbekistan have their electricity and gas cut off by their government. Mutabar was born and grew up in a village, and has first-hand knowledge of regular Uzbek life.
Torture has become common-place and systematic in Uzbekistan. Prisoners recount their experiences- I read out their letters, which I have been receiving over three years.
Many journalists came to the demonstration. Almost all came to show their support, and to express their protest at not being able to ask questions to the Uzbek dictator Islam Karimov.
Author and former political prisoner Safar Bekzhan, together with his wife and our Turkish colleagues, brought a mock coffin with the clothing of someone tortured to death. They were 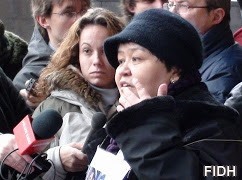 protesting against tyranny and the violation of human rights in Central Asia.
Journalist Salidjon Abdurahmanov, poet Yusuf Djuma, human rights activists Alisher Karamatov, Agzam Farmonov, Agzam Turgunov, knew they were risking their lives defending the freedom of others. I often remember lines from the last letter I received from Agzam Turgunov in 2008 : ‘I was interrogated over five hours today. I was told that I was being questioned regarding the case against human rights activist Umida Niyazova. I was given to understand that I might be arrested at any moment. But I won’t leave this country. Never. Even if I have a few hours left before being arrested, I will try to finish off urgent work. I’ll do as much as I can- but I won’t retreat.
The demonstration showed that there are many people in the world who are not indifferent, and who are prepared to show solidarity with the victims of repressions in Uzbekistan.
The demonstration was organized by Gregoire Terry, FIDH employee in Brussels.
defenders