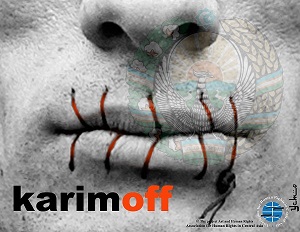 Statement by activists and friends of civil society in Uzbekistan

On January 24, President Islam Karimov will visit Brussels, where he plans to meet with the leadership of the European Union and NATO. Meanwhile, the Belgian Foreign Ministry issued a statement that neither official talks with member of the Belgian Government nor an audience with King Albert II. We learned about this visit not from press releases of the EU and the governments of Belgium, but through private channels. Only a few days ago, the website of the President of the European Commission José Manuel Barroso posted the headline:

Meeting with the President of Uzbekistan, Islam Karimov which, in turn, links to the biography of Islam Karimov posted by the Uzbek government’s website. The reader can get the following information about Karimov from this ‘biography’:

‘For his outstanding contribution to education in Uzbekistan, creation of a state based on democratic laws, guarantee of civil peace and national accord, and for courage, I. Karimov was awarded the title Hero of Uzbekistan and the awards Mustakillik (Independence) and Amir Temur.’

This is propaganda pure and simple, and President Barroso’s website provided a link to this propaganda.

After we made this public, the Public Affairs Unit of the European Commission deleted the above mentioned link from the Commissioner's web site.