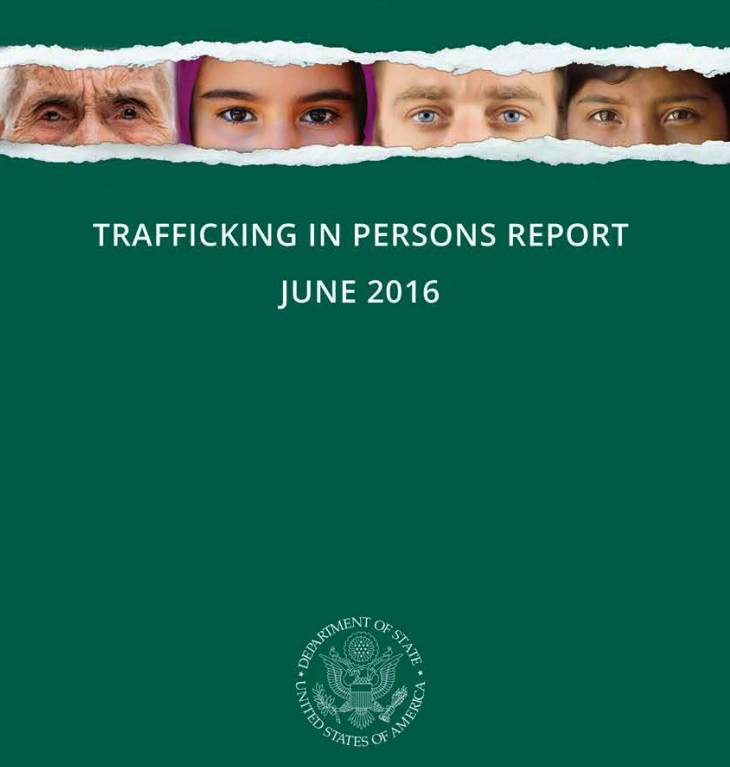 (Washington, DC): Today the U.S. State Department gave the governments of both Uzbekistan and Turkmenistan well-deserved downgrades to Tier 3, the lowest possible ranking, in its annual Trafficking in Persons (TIP) Report. Both governments continue to coercively mobilize citizens to grow and harvest cotton each year in two of the world’s largest remaining systems of state-sponsored forced labor. The decisions were lauded in a letter sent today to Secretary of State John Kerry by the Cotton Campaign .

“The U.S. Government is to be commended for holding these government accountable for their pervasive abuses of human rights,” said Nadejda Ataeva, president of the Association for Human Rights in Central Asia. “Today, the State Department sent a strong message that states that use violence and fear to coerce citizens into forced labor belong on the lowest tier of the report’s rankings.”

The 2015 Uzbek cotton harvest was marked by a dramatic rise in attacks against independent civil society monitors, as reported in the Uzbek-German Forum for Human Rights’ annual reporting on the cotton harvest. Elena Urlaeva endured multiple detentions with invasive body cavity searches, Uktam Pardaev was arrested and placed under a form of house arrest, and Dmitri Tihonov was forced to flee after his house was burned down and he was threatened with arrest. As these monitors documented, the Uzbek government’s forced labor system continued unchanged from previous years. Officials forced more than a million Uzbek citizens to grow and harvest cotton under threat of penalty including loss of work or social security benefits, expulsion from school, and fines. Teachers, medical professionals and other public servants are particularly impacted, and public services such as education and healthcare are severely limited during the cotton harvest.

Forced labor in cotton production in Turkmenistan is also state-orchestrated, systematic and widespread. According to reports from the Alternative Turkmenistan News, the Turkmen government forces farmers to deliver state-established annual cotton production quotas and thousands of workers to pick cotton under threats of loss of land, employment or wages. Forced-labor cotton production was noted as a reason for Tier 3 designations in the country reports for both Turkmenistan and Uzbekistan.

“It is absolutely shocking these egregious worker rights abuses have persisted so long,” said Cathy Feingold, director of International Affairs for the AFL-CIO. “It is incumbent on governments and international institutions to firmly press the Uzbek and Turkmen governments to end forced-labor cotton production, and the United States took a positive step toward that goal today.”

Uzbekistan and Turkmenistan are the world’s fifth- and seventh-highest exporters of cotton, respectively. The Uzbek and Turkmen governments both funnel hundreds of millions of dollars from annual cotton sales, by conservative estimates, into non-transparent, unaccountable funds only accessible to government elite. The cotton makes its way through opaque global supply chains and eventually winds up in the products of well-known global brands.

“With this year’s report, the US government sent the right message to the Uzbek and Turkmen governments,” said Pat Zerega, senior director of shareholder advocacy, Mercy Investment Services. “Progress towards fulfilling a state’s duty to protect its citizens’ right to freedom from forced labor must start with the state itself not using forced labor. We now urge the US government to use the report rankings to press the Uzbek and Turkmen governments to eliminate state-orchestrated forced labor in their cotton sectors.”

For more information and recommendations on how the U.S. Government can effectively advocate for an end to state-sponsored forced labor in cotton, please see the Cotton Campaign’s letter to Secretary of State Kerry.

The Cotton Campaign is a global coalition of labour, human rights, investor and business organizations to end forced labour of children and adults in the cotton sector of Uzbekistan.