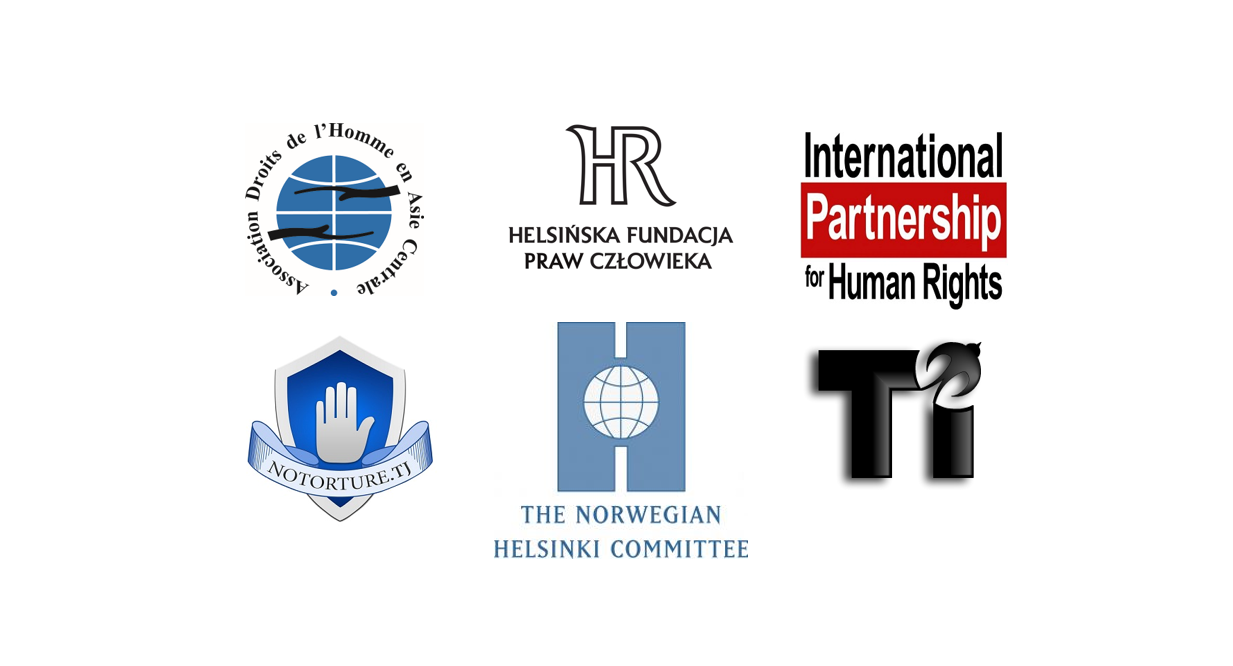 Central Asian and international human rights groups call on governments in the region to honour today’s International Day in Support of Victims of Torture by pledging to end torture and bring justice to the victims. Concrete steps should include ensuring detainees’ access to a lawyer of their choice promptly after apprehension, setting up independent mechanisms to investigate torture complaints and – for Turkmenistan and Uzbekistan – to issue standing invitations to United Nations (UN) Special Procedures including the Special Rapporteur on torture.

In Central Asia victims of torture are often afraid to lodge complaints for fear of reprisals and not all dare to seek help from human rights groups. Since the beginning of 2015, the NGO coalitions against torture in Kazakhstan, Kyrgyzstan and Tajikistan have registered 45, 98 and 20 new cases of torture and other ill-treatment, respectively. Some of these cases relate to several individuals claiming to have been tortured. The absence of any level of effective public control or monitoring renders it extremely difficult to accurately assess the extent of the problem in Uzbekistan.  However, numerous reports from ex-detainees, detainees and their families indicate that torture and ill-treatment remain an integral part of the criminal justice system. From 2011 to May 2015, the Association for Human Rights in Central Asia received over 154 allegations of torture and ill-treatment during investigation and detention from Uzbekistan. Due to the repressive nature of the regime, no independent human rights groups are able to operate in Turkmenistan and it is impossible to comprehensively study the situation of torture. The authorities persistently deny that torture exists in the country and, to our knowledge, no one has yet been charged under the Article of “torture“ that was added to the Criminal Code of Turkmenistan in 2012. Nevertheless, activists in exile have received credible allegations relating to individual cases from pre- and post-trial facilities on a regular basis.
Read the full statement issued by the Association for Human Rights in Central Asia (France), the Helsinki Foundation for Human Rights (Poland), International Partnership for Human Rights (Belgium), the NGO Coalition against Torture in Tajikistan, the NGO Coalition against Torture in Kyrgyzstan, the NGO Coalition against Torture in Kazakhstan, the Norwegian Helsinki Committee, Turkmen Initiative for Human Rights and Turkmenistan's Independent Lawyers Association.
torture defenders Central Asia United Nations