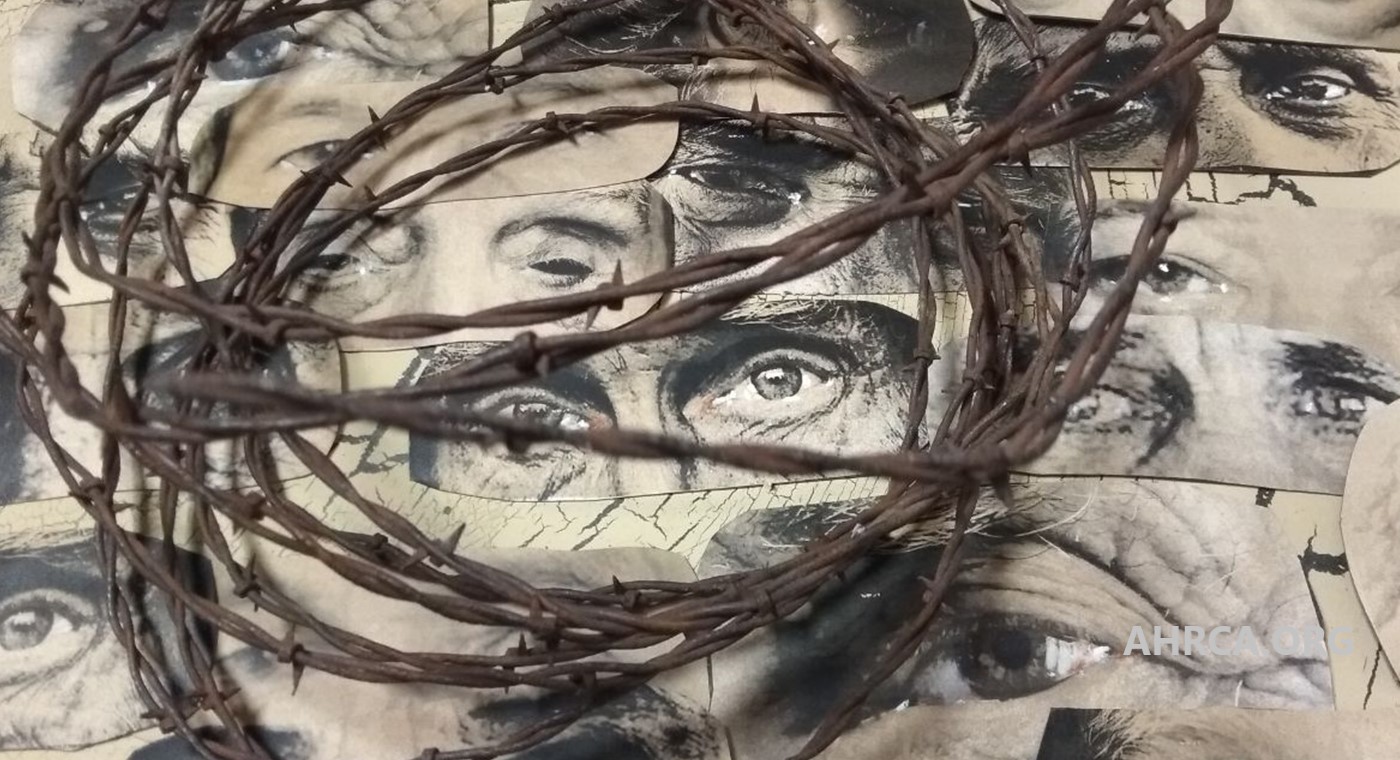 - this is the conclusion reached by the Association for Human Rights in Central Asia (AHRCA) and this is confirmed by reports from the prisoners of colony No. 4 of the GUIN of the Navoi region of Uzbekistan who are asking for help from the President of Uzbekistan Shavkat Mirziyoyev.  Respecting their right to be heard, we publish this letter openly, thus wishing to destroy all obstacles created by those who continue to torture and those who cover up such crimes.  And another thing is important, to understand how soon Mirziyoyev will hear the call for help, he who uses all public platforms to declare his commitment to democracy and human rights.

Erkin Bobokulov, head of the operational unit of the Penal Colony No. 5, accompanied them in their journey from one penal colony to the other.

An office from the production department called Saidullo and the officer of operative unit called Jasur handcuffed all five prisoners, and then began beating them with all their might. The prisoners began to explain that they did not go on a hunger strike, but were fasting on the first day of the Holy month of Ramadan. In response to this, the head of the colony No. 4, Sunnat Dustboev, said: "I was ordered by the head of the Penal Colony No. 5, Major Vosit Rustamov. His assistant, Maruf Abdullaev, informed me about this." Following this, all the aforementioned persons participated in beating the prisoners with rubber truncheons until they bled, and then, they were placed in punitive isolation cells for fifteen days as a disciplinary measure. On the same day, the beaten prisoners informed the guards of the isolation ward that they had been tortured and they wanted to file a complaint about it and register it officially, but these "military officers" (as the author refers to the security service) answered them: "There is no registration of complaints here and “kolonka” (this is a prison slang for the word colony), Dustboev himself is a tough and cruel man, and no one dares to complain about him. If we now accept and register a complaint, we will all be fired from our work tomorrow". That was the reason why the fact of prisoners sustaining bodily harm was not recorded. Two days later, six prisoners, who were again transferred from the Penal Colony No. 5, were beaten with truncheons. We only know names of Zhurabek Pulatov from the Turakurgan District of the Namangan Region and Zafar Ismailov from the city of Tashkent, we do not know the names of the others prisoners. S. Dustboev, continues torturing and beating prisoners in this manner grossly violating the Constitution of Uzbekistan, neglecting the policy pursued by our President Shavkat Miromonovich Mirziyayev, abusing his official powers, violating the laws!

In the Penal Colony No. 4, 90% of officers treat prisoners in a sneering manner, insulting and humiliating their dignity. We are constantly receiving such complaints from the 31 inmates mentioned above. We have never acted against our dear President. On the contrary, we fast on the days of Ramadan and pray for our President, but we are severely tortured, beaten for this and then forced to write that "we have no problems”.

Shavkat Miromonovich, we really need your help. We are all interested in the policies that you are pursuing and are following this process. We ask you to send your trusted people to the institution No. 4 of the Navoi Region Main Department of Corrections and to make public everything that is happening here”.

The translation of the letter from Uzbek into Russian and English is prepared by the Association for Human Rights in Central Asia.