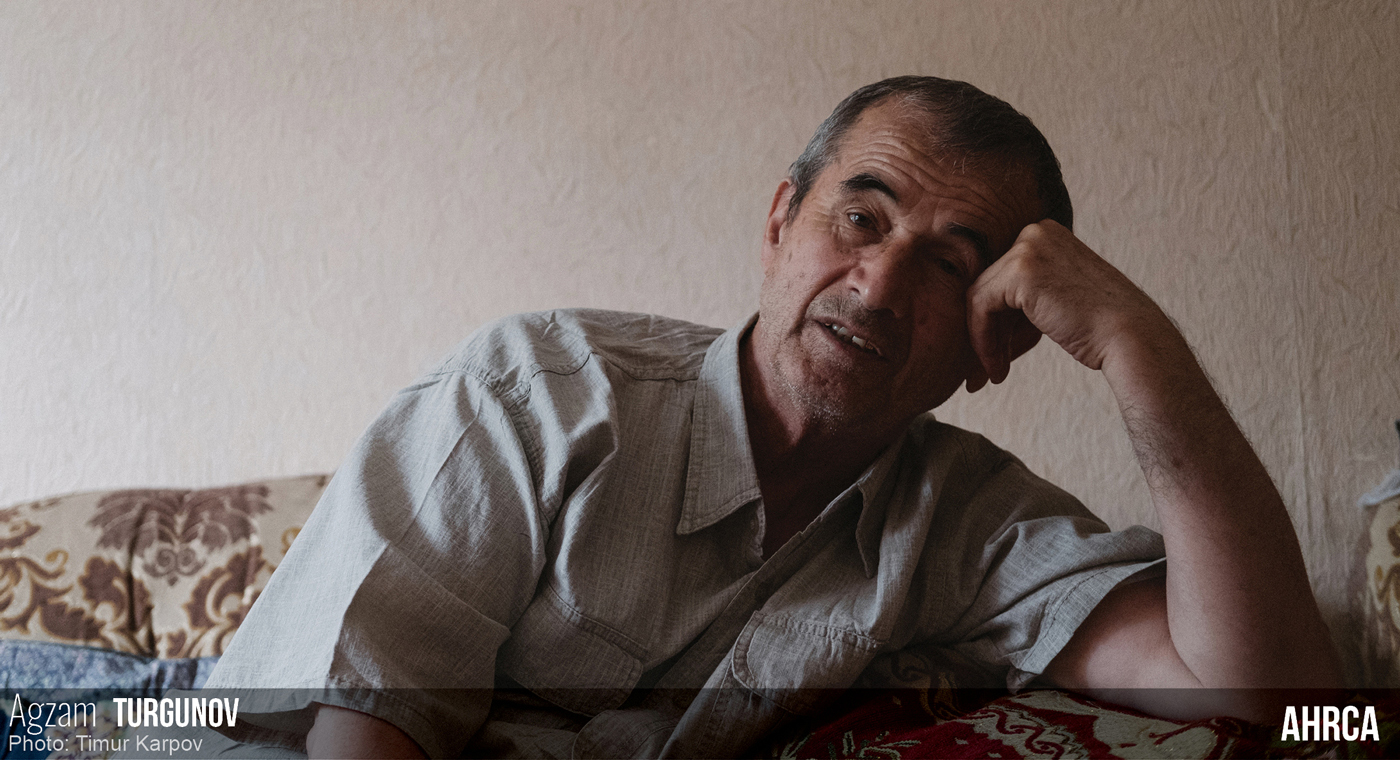 An absurdly framed criminal case against a human rights activist
An interrogator poured hot water onto arrested human rights activist Agzam Turgunov during an interrogation, thus forcing the activist to confess in crimes he is charged with. Mr Turgunov fell unconscious and only thanks to paramedics help he was brought back to his senses. The human rights activist’s case requires an immediate involvement of the international community.
Mr Agzam TURGUNOV was born in 1952. He is the executive director and founder of the Mazlum human rights center based in Tashkent. Mr Turgunov is involved in public service since 1994. He monitors the cases of many political prisoners including Mr Murod Jurayev, Mr Mamadali Makhmudov, Rashid and Muhammad Bekjanovs. He has also participated in defending the head of the Karakalpak branch of the Human Rights Society of Uzbekistan, Mr Tursunbay Utamuradov, who was forced to leave the country.
Agzam TURGUNOV’S case: Agzam Turgunov was arrested in Nukus, the Karakalpakistan Autonomous Republic’s capital in north-western Uzbekistan on 11 July 2008. He has travelled there to meet a defendant in a divorce case. In this case, he was acting as a public legal-representative for the claiment. The defendant has attempted to resolve the case against the court verdict to share the marital property, and proposed 450 US dollars as compensation. The parties did not come to an agreement. The defendant accused Agzam Turgunov of breaking down the negotiations and filed a complaint with the police against Agzam Turgunov’s allegedly illegal actions.
A criminal case was initiated against him based on Article 165 (extortion). The absurdity of the charge rests on the fact that Turgunov, based on the claiment’s request, was participating in the negotiations on compensating the amount based on the already adopted court verdict.
On 21 July 2008, the public legal-representative for Azgam Turgunov, Ms Robiya Utamurodova, was able to meet with the arrested activist in the pre-trial detention facility. According to her words, the human rights activist was suffering from blisters on his spine, which are described as the third level skin burns. As it became clear later on, the interrogator has poured hot water onto Turgunov. The human rights activist fell unconscious and only ambulance doctors were able to bring him back to his senses. There is no information on Mr Turgunov’s health condition at the moment. A reliable source informs that this interrogator has had a negative attitude towards Turgunov for a long time, because the latter’s human rights activities resulted in closure of several criminal cases under the former’s supervision.
It is necessary to immediately provide:
— a humane treatment of Agzam Turgunov, stopping the physical and psychological pressure;
— allow the representatives of the International Red Cross to visit him;
— carrying out a forensic expertise into the gravity level of physical injuries on his body;
— full access for Turgunov’s advocate, Mr Rustam Karabayev.
The Association for Human Righs in Central Asia is urges all interested parties, organizations and mass media to get involved in Mr Agzam Turgunov’s fate and make appeals to the leadership of the Republic of Uzbekistan at the addresses below.
The Uzbek government has adopted a national programme on uprooting torture; however, the practice of violent treatment remains acute in temporary detention facilities, investigation cells, and penitentiary camps. Numerous facts of violence against civilians served as grounds for working out recommendations for UN Committee Against Torture in November 2007.
The Association for Human Righs in Central Asia draws attention to the fact that a state official has used force and harmed the health of suspect Agzam Turgunov during investigation procedures. There are several indications in the interrogator’s actions stipulated in the Uzbek Criminal Code as an intended commitment of grave crimes in Article 206 – abusing power, and Article 235 – applying torture and other humiliating kinds of treatment and/or punishment. These articles stipulate a punishment of long-term imprisonment for those who breach them. Up to date, the prosecutor’s office has not issued any statements regarding the interrogator’s criminal actions.
The government of Uzbekistan should respect obligations stipuluated in UN International Pact on Civic and Political Rights, the Convention against torture and other forms of inhumane treatment or punishment, the UN declaration on rights and duties of separate persons, groups and communities, the set of principles of protecting all those subjected to detention or arrest in any forms; and encourage and protect human rights and liberties.
President of Uzbekistan, Islam Abduganievich Karimov ul. Uzbekistan 43, Presidential Residence, 700163 Tashkent, Republic of Uzbekistan; Fax: +998 71 133 1395325, email: ;
Minister of Foreign Affairs, Vladimir Norov Ministerstvo inostrannykh del Uzb , pl. Mustakillik 5; 700029 Tashkent, Republic of Uzbekistan; Fax: + 998 71 139 15 17, email: ;
Parliamentary Commissioner for Human Rights, Sayora Rashidova ul. Friendship of Peoples 1, 700035 Tashkent, Republic of Uzbekistan; Fax: +998 71 139 85 55, email:
General Prosecutor of the Republic of Uzbekistan, Rashidjon Hamidovich Kodirov ul. Gulamova 66, 700047 Tashkent, Republic of Uzbekistan; Fax: +998 71 133 39 17, email: ;
National Center for Human Rights, Senator Akmal Saidov Natsionalny Tsentr po pravam cheloveka , Mustakillik Maidoni 5/3, 700029 Tashkent, Republic of Uzbekistan; Fax: + 998 71 139 13 56/45 16, E-mail: ;
Ambassador of the Republic of Uzbekistan, Permanent Mission of the Republic of Uzbekistan to the United Nations in Geneva PO Box 1853, 1215 Geneva 15, Switzerland; Fax: +4122 799 43 02, E-mail: ;
torture defenders Freedom to express Political prisoners Uzbekistan