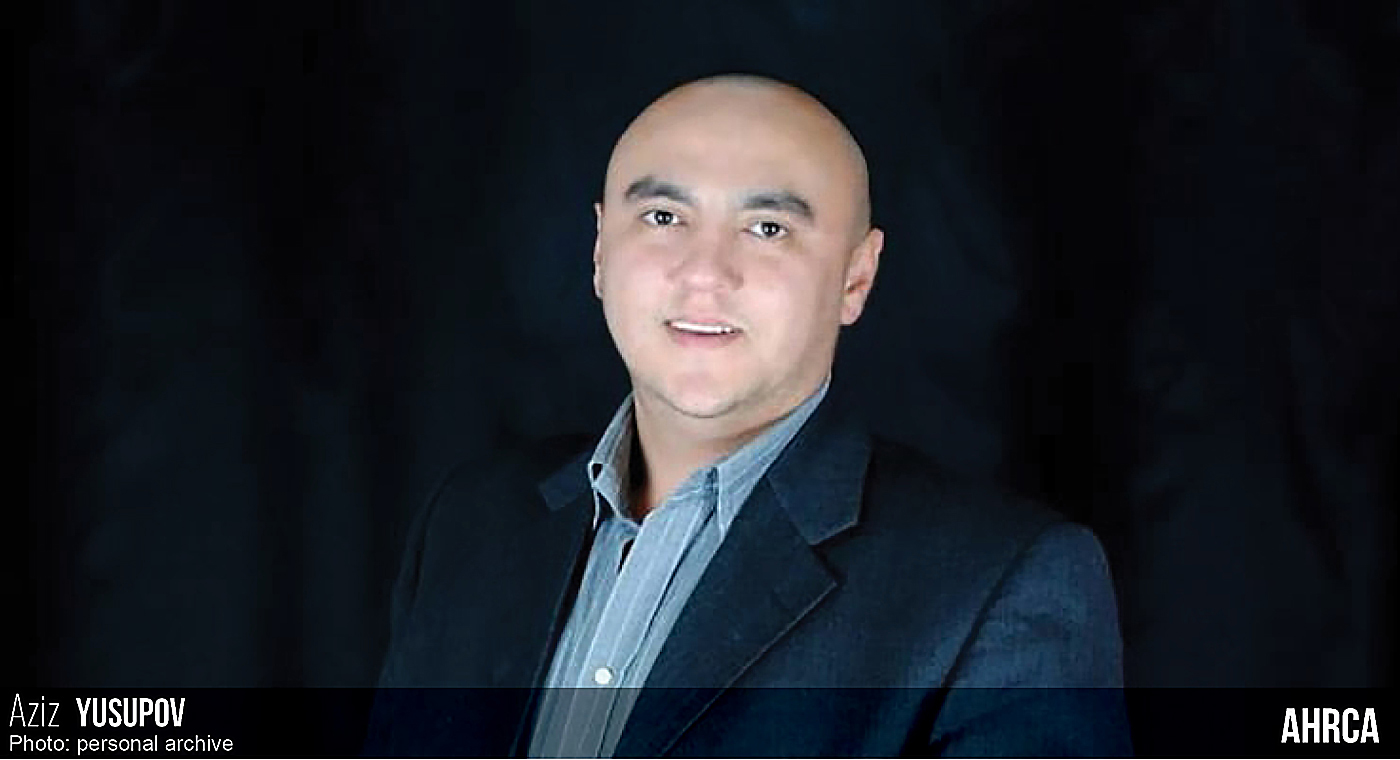 International Partnership for Human Rights (IPHR), the Association for Human Rights in Central Asia (AHRCA), the World Organisation Against Torture (OMCT) and the Norwegian Helsinki Committee (NHC) welcome the release of human rights activist, independent journalist and former political prisoner Aziz Yusupov in Uzbekistan. However, we seriously regret that the conditions of his release will not allow him to continue his human rights activities. We believe that he was detained, prosecuted and convicted in retaliation for his legitimate exercise of his freedoms of expression and association and call on the Uzbekistani authorities to overturn his sentence and allow him to continue his human rights work without hindrance and intimidation.
On 12 December 2022, a local court in the city of Fergana in Uzbekistan found Aziz Yusupov guilty of alleged drug possession (under Article 276, part 2 of the Uzbekistani Criminal Code) and sentenced him to five years of restriction of freedom – a non-custodial sentence. He was subsequently released from prison, but the conditions of his sentence are harsh. In particular, during the next five years, he will be prohibited from attending public events, using the internet, and his contacts with others will be limited. This will effectively prevent him from carrying out his human rights activities and furthermore means that he has to end his relationship with fellow human rights defenders, otherwise he faces imprisonment on the basis of the verdict. Yuspov will also have to undergo compulsory treatment for his alleged drug addiction, and he will not be allowed to change his residential address. When announcing the verdict, the judge added verbally that Yusupov cannot leave his house between 10 p.m. and 6 a.m.
The terms of the activist’s sentence can be reviewed at the earliest after 15 months.
Yusupov has not yet appealed against the verdict.
The verdict is evidence of pressure on not only Aziz Yusupov, but also on those with whom he was in contact prior to his arrest. Yusupov has clearly been presented with a difficult choice; as any attempt to appeal the sentence could result in imprisonment. But if he does not appeal, he must accept ceasing his human rights activities for five years while he remains under supervision.
Aziz Yusupov was arrested on 25 September 2022 and subsequently charged with drug possession. In a joint statement issued at the time, IPHR, AHRCA, the Helsinki Foundation for Human Rights, the Norwegian Helsinki Committee and the World Organisation Against Torture concluded that the charges against Yusupov appeared to have been fabricated in order to penalise him for his human rights activities, in particular his recent prison monitoring work focusing on vulnerable groups of prisoners. In addition, his detention came just after the authorities learned that he was applying for a Polish visa in order to travel to the OSCE Human Dimension Conference in Warsaw and appeared to be aimed at preventing him from attending this major human rights event. The organisations called for Yusupov’s immediate and unconditional release.
Freedom to express United Nations EU USA