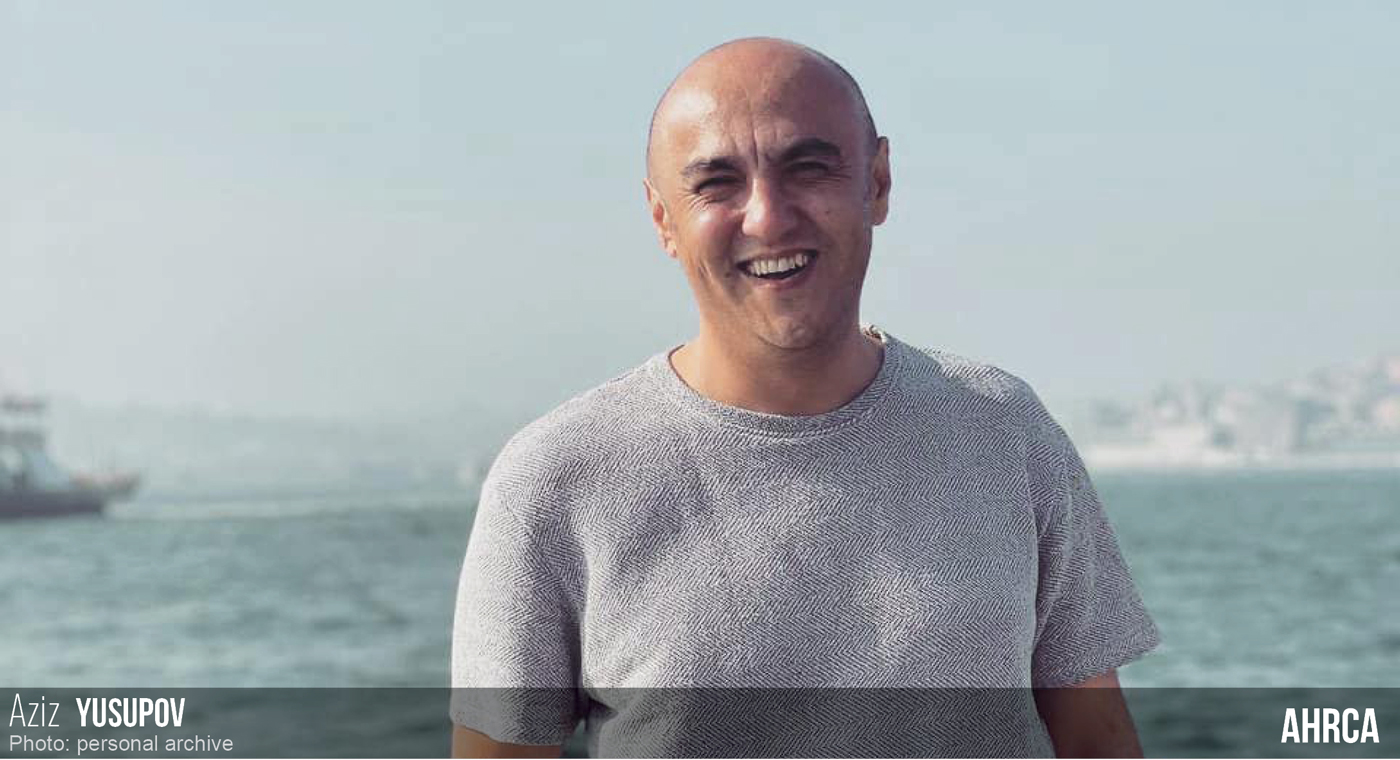 The Association for Human Rights in Central Asia (AHRCA), the Helsinki Foundation for Human Rights (HFHR), International Partnership for Human Rights (IPHR), the Norwegian Helsinki Committee (NHC) and the World Organisation Against Torture (OMCT) condemn the arrest of human rights activist, independent journalist and former political prisoner Aziz Yusupov in Uzbekistan. His arrest came just before the Human Dimension Conference in Warsaw, which is organised by the Polish OSCE Chairmanship with support from the OSCE Office for Democratic Institutions and Human Rights (ODIHR) this week and the next, and appeared to be aimed at preventing him from attending this major human rights event.

“Aziz Yusupov’s arrest calls into question the Uzbekistani government’s assurances about the progress of successful human rights reforms in the country,” said Brigitte Dufour, Director of IPHR. “We call on the international community to demand his immediate and unconditional release, making clear to the Uzbekistani authorities that there can be no closer relations unless politically motivated persecution ends in the country”, she continued.
According to our information, Yusupov was detained after being summoned to the police station in Ferghana in eastern Uzbekistan on 25 September 2022 after the authorities learned that he was applying for a Polish visa in order to travel to the Human Dimension Conference. At this conference, which gathers representatives of governments, international organisations and civil society, he intended to present independent information about the human rights situation in Uzbekistan. Yusupov had submitted a visa application at the Polish embassy on 23 September, using an invitation issued to him by the OIDHR. Two days after his detention, on 27 September 2022, Ferghana Criminal Court sanctioned his pre-trial detention for three months on charges of the possession of drugs, an offense which is punishable by up to five years’ imprisonment under Article 276.1 of the Criminal Code.
Aziz Yusupov denies the charges and the organisations co-issuing this statement believe they were fabricated in order to penalise him for his human rights activities, especially as the charges are similar in nature to earlier charges initiated against him on politically motivated grounds.
“Yusupov’s case shows that the Uzbekistani authorities have renewed the practice of using trumped-up charges against human rights defenders. Once again, we see human rights defenders being accused of crimes in criminal cases aimed at discrediting them and obstructing their legitimate work,” said Berit Lindeman, Secretary General of NHC.
Aziz Yusupov has recently been involved in monitoring the situation of prisoners in Uzbekistan, especially vulnerable groups such as women and children, and providing assistance to them. In the past year alone, Aziz Yusupov has conducted 20 interviews amongst prisoners and former prisoners including those serving sentences on politically motivated grounds and victims of torture.
Yusupov's family moved to Uzbekistan from Tajikistan in the 1990s after the civil war broke out in Tajikistan. He is the brother of independent journalist Farrukh Yusupov (Yusufiy), who has worked for many years with Radio Free Europe/Radio Liberty and repeatedly has criticised the authorities in Uzbekistan. Yusufiy also participated in investigations of corrupt business companies controlled by the daughter of the former Uzbekistani president, Gulnara Karimova.  In 2017, a film denouncing Yusufiy was aired on state television accusing him of treason and drug trafficking.
In 2016 Aziz Yusupov was arrested and unfairly sentenced to eight years’ imprisonment for allegedly possessing drugs, in a case believed to have been initiated by the authorities to put pressure on his brother Yusufiy. Yusupov was tortured in detention and the only evidence against him was his written admission of guilt, which he signed under pressure.
Aziz Yusupov was widely recognized as a political prisoner by human rights groups. Following international pressure, he was released from prison on parole early in February 2019  due to poor health. He had to follow several courses of medical treatment after release.
His recent arrest, on similar charges as those previously initiated against him, undermines the Uzbekistani authorities’ proclaimed commitment to improving conditions for civil society in the country and clearly shows that the security and law enforcement authorities are willing to employ radical measures to prevent human rights activists from carrying out their activities. The actions taken against Yusupov fit into a broader pattern of ongoing persecution of former political prisoners who are engaged in human rights defence.
“Aziz Yusupov is not the only human rights activist at risk of torture and reprisals in Uzbekistan. These sad events take place at a time when Uzbekistan is a member of the UN Human Rights Council – with its policies of internal repression Uzbekistan is clearly undermining the authority of this international body,” said Nadejda Atayeva, president of AHRCA.
AHRCA, HFHR, IPHR, NHC and OMCT call for the immediate and unconditional release of Aziz Yusupov, for all the charges against him to be dropped, and for him to be allowed to continue his peaceful human rights activities.
rule of law torture