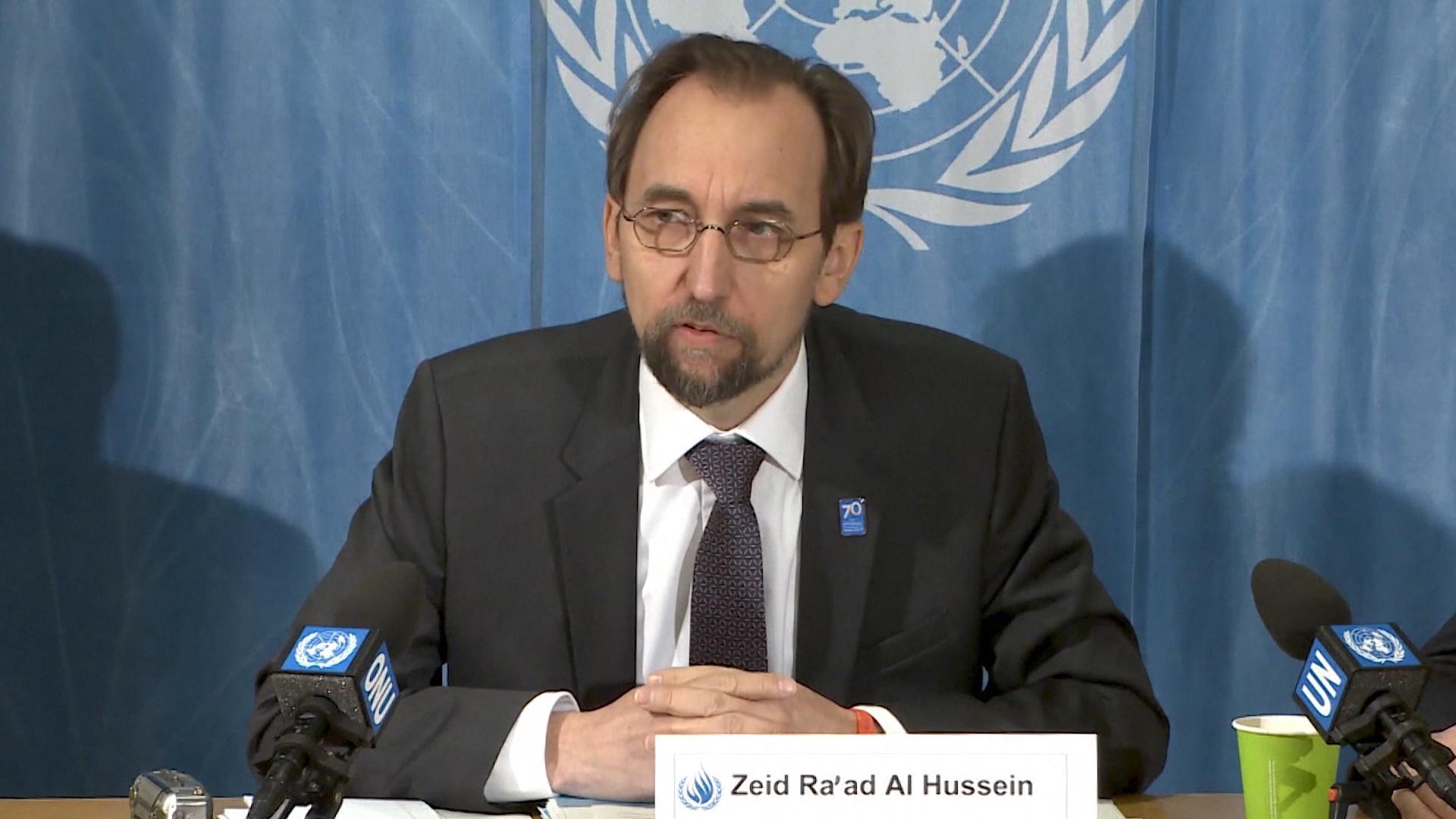 The United Nations high commissioner for human rights called on President Shavkat Mirziyoyev of Uzbekistan on May 10 and 11, 2017, to turn his government’s pledges for reform into concrete human rights improvements and fulfill its obligations under human rights law, eight human rights groups said today.
The rights groups endorsed the high commissioner’s recommendations, calling on Mirziyoyev to end ongoing abuses and deliver on Uzbekistan’s human rights commitments in full.
UN High Commissioner Zeid Ra’ad Al Hussein met with the president, government officials, and representatives of nongovernmental groups in Tashkent and Samarkand. He urged the government to release political prisoners, cooperate with UN rights monitors, and work to end systematic torture, among other issues. He emphasized that the “successful implementation” of human rights reforms could have a “transformational impact” on Uzbekistan’s future.
“While welcoming President Mirziyoyev’s indicated willingness to engage on Uzbekistan’s abysmal rights record, the UN high commissioner rightly called on him to turn positive rhetoric into concrete action,” said Steve Swerdlow, Central Asia researcher at Human Rights Watch. “The burden of proof now lies with the Uzbek government to make good on its promises for reform.”
The rights groups are the Association for Human Rights in Central Asia, Civil Rights Defenders, the Cotton Campaign, Human Rights Watch, International Partnership for Human Rights, the Norwegian Helsinki Committee, Reporters Sans Frontières, and the Uzbek-German Forum for Human Rights.
Hussein’s visit was the first by a UN high commissioner for human rights to Uzbekistan. It came on the heels of Tashkent’s recent efforts to step up engagement with various intergovernmental organizations and financial institutions, such as the European Bank for Reconstruction and Development (EBRD).
Hussein acknowledged certain positive developments, such as Mirziyoyev’s newly adopted Action Strategy, which includes pledges to improve public administration, strengthen protections for vulnerable segments of the population, and liberalize the economy, as well as new legislation to strengthen the independence of the judiciary. But the high commissioner stressed that “frameworks and plans are one thing, and results are another.”
“In recent months President Mirziyoyev may have directed the government to pass laws and regulations that, at face value, carry great potential,” said Brigitte Dufour, director of International Partnership for Human Rights (IPHR). “But the proof of change is when we start seeing all wrongfully imprisoned activists released from prison, UN human rights monitors and human rights organizations able to visit the country, an end to forced labor, and independent civil society and media able to function without harassment.”
In his remarks, the high commissioner urged authorities to allow a strong, vibrant, and dynamic civil society and media to operate without fear of repression or reprisal, and to release political prisoners as soon as possible. The rights groups have documented the imprisonment of thousands of people on politically motivated charges in Uzbekistan, including dozens of human rights defenders, journalists, and political activists.
He cited torture as “one of the issues that has been most damaging to Uzbekistan’s international reputation.” And he said the government should allow independent monitoring of Uzbekistan’s prisons and other places of detention with the aim of eradicating torture and other forms of ill-treatment and urged it to ratify the Optional Protocol to the Convention against Torture. The protocol creates a monitoring system and requires that independent entities responsible for such monitoring be able to enter detention facilities at any time, unannounced. In 2013, the International Committee of the Red Cross (ICRC) halted its monitoring of Uzbekistan’s prison facilities, citing interference by authorities.
“The high commissioner’s visit brings hope for positive change,” said Ivar Dale, senior adviser at the Norwegian Helsinki Committee, “but will only have lasting significance for Uzbekistan’s 32 million citizens if President Mirziyoyev opens the country to the credible scrutiny of rights activists, journalists, and international monitors who have been unable to do their critical work for so many years.”
Hussein also recommended that Uzbekistan cooperate with UN human rights bodies, noting that none of the 14 human rights monitors who have asked to visit the country had been allowed to visit since 2002. The high commissioner announced that an invitation has been extended to the UN special rapporteur on the freedom of religion or belief.
The visit came just before the anniversary of the May 13, 2005, Andijan massacre, when government forces shot and killed hundreds of largely unarmed protesters in the city of Andijan. In his public remarks, he underlined the importance of ensuring justice and accountability for the “terrible events” in Andijan that day. “While it is important to look forward, it is also important to come to terms with past events and ensure that victims are not forgotten and their grievances are addressed,” he said.
Before dawn on May 13, 2005, armed men broke into the prison in Andijan, a city in the Fergana Valley in eastern Uzbekistan. The gunmen freed 23 local businessmen who had been sentenced for “religious extremism” and took over local government buildings. Throughout the day, thousands of unarmed peaceful protesters flocked to the town’s central square to speak out against poverty, unemployment, and government repression. Government forces in armored vehicles and snipers fired indiscriminately on the crowd, blocking off the square as people attempted to flee, killing hundreds. Government troops then moved through the square and executed wounded people where they lay.
“There is no statute of limitations for the mass killings of hundreds of innocent civilians 12 years ago in Andijan,” said Nadejda Atayeva, president of the Association for Human Rights in Central Asia. “We fully support the high commissioner’s call that the Uzbek government ensure accountability for these terrible events, which should include a review of the criminal sentences of the hundreds imprisoned in the aftermath of the massacre, an end to harassment of witnesses to the killings, and access for human rights organizations to investigate.”
torture Uzbekistan