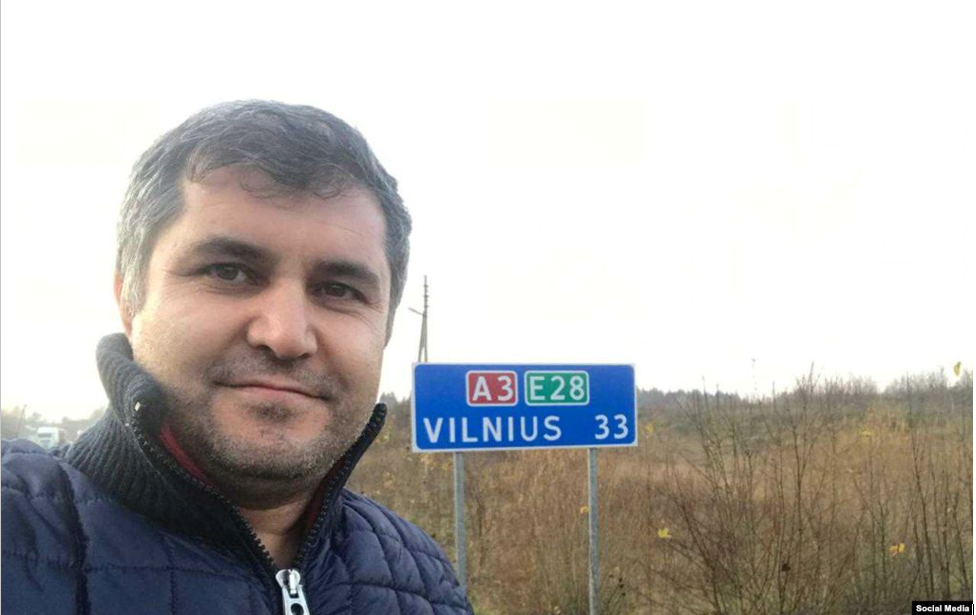 freedom of conscience
(Berlin, October 7, 2019) – An independent journalist and political opposition activist risks torture or other ill-treatment if he is forcibly returned from Belarus to Tajikistan, a group of eleven human rights groups said today. Belarusian authorities should not extradite or deport the activist, Farhod Odinaev, or otherwise facilitate his forced return to Tajikistan.
“Tajikistan’s government is known for ‘transnational repression,’ routinely using politically motivated charges to reach beyond its borders to threaten and detain peaceful dissidents,” said Steve Swerdlow, senior Central Asia researcher at Human Rights Watch. “Belarus has a binding obligation not to send Odinaev anywhere he could face torture or other ill-treatment, including to Tajikistan, and it should abide by this international commitment.”
The eleven groups are Amnesty International, the Association for Central Asian Migrants, the Association for Human Rights in Central Asia, Civil Rights Defenders, Freedom House, Freedom Now, Human Constanta, Human Rights Center Viasna, Human Rights Watch, Norwegian Helsinki Committee, and Reporters Without Borders.
Belarusian migration authorities detained Odinaev, a member of the opposition Islamic Renaissance Party of Tajikistan (IRPT), under a Tajik extradition request on September 25, 2019, after he attempted to cross the Belarus-Lithuania border. He had planned to travel from there to attend a human rights conference in Warsaw, Poland. Tajik authorities banned the party and declared it a terrorist organization in 2015, jailing its senior leadership and dozens of other members. Since then, Tajik authorities have engaged in a wide-ranging crackdown on the IRPT and other political activists in and outside the country, using extradition requests and INTERPOL “red notices” to detain them abroad.
Odinaev, 43, has been actively involved in the IRPT. In 2013, while living in Russia, he founded the Moscow-based TV Safo, an independent satellite television channel that broadcast programs about the plight of Tajik migrants in Russia as well as independent coverage of events in Tajikistan. Odinaev also worked for the nongovernmental organization Pomoshch’ Migrantam (“Aid to Migrants”).
Odinaev was traveling through Belarus en route to the annual Human Dimension Implementation Meeting of the Organization for Security and Co-operation in Europe (OSCE), Europe’s largest human rights conference. He had planned to speak there on migration issues.
Odinaev had participated in the 2018 conference. Human Constanta, a Belarusian human rights organization that is providing legal assistance to Odinaev in Belarus, said that Russian authorities had conducted an inspection of Pomoshch’ Migrantam in 2013, at the behest of the Tajik authorities. Other sources close to Odinaev said that he felt the Tajik government was more actively targeting him in the year since the 2018 conference and learned that he may have been then added to a list of persons the Tajik government was seeking to detain abroad for involvement in anti-state crimes.
Since September 25, Odinaev has been held in the pretrial detention center in Grodno, Belarus, pending possible extradition to Tajikistan. According to Human Constanta, the prosecutor general’s office received documentation on the extradition request and that Tajik authorities have charged Odinaev with, among other offenses, “public calls for carrying out extremist activity” (art. 307(1)(2) of Tajikistan’s criminal code) and “organizing an extremist community” (art. 307(2)(1)). The Tajik authorities routinely invoke these and related charges, including terrorism in politically motivated cases.
In recent years, the Tajik government’s political crackdown has reached beyond the IRPT, as the authorities have intensified repression of free expression, peaceful assembly, and association by political opposition groups; curtailed the independence of the legal profession; and infringed on the independent exercise of religious faith. Since 2014, more than 150 political activists, lawyers, and government critics have been unjustly imprisoned. Relatives of dissidents who peacefully criticize the government from outside the country are regularly subjected to attacks by violent mobs and official acts of retaliation, such as arbitrary detention, threats of rape by security force members, and confiscation of passports and property.
“Belarusian authorities should immediately and unconditionally release Odinaev and allow him passage to a safe third country,” said Marius Fossum, regional representative of the Norwegian Helsinki Committee in Central Asia. “The United States, the European Union, and all of Belarus’ international partners should press Minsk not to extradite Odinaev to a risk of torture and should publicly voice serious concern over Tajikistan’s crackdown on freedom of expression.”
Tajikistan severely restricts religious freedom, regulating religious worship, dress, and education, and imprisons numerous people on vague charges of religious extremism. Tajik authorities also suppress unregistered Muslim education throughout the country, control the content of sermons, and have closed many unregistered mosques. Under the pretext of combating extremist threats, Tajikistan bans several peaceful minority Muslim groups.
Torture is illegal in Tajikistan but remains widespread. Police and investigators often torture detainees to coerce confessions, including from people associated with political opposition groups, such as the IRPT and the political opposition “Group 24.” During a March 2019 prison visit, imprisoned IRPT deputy chairman, Mahmadali Hayit, showed his wife injuries on his forehead and stomach that he said were caused by beatings from prison officials for refusing to record videos denouncing Tajik opposition figures abroad.
The European Court of Human Rights has repeatedly held there is a serious risk that a person forcibly returned to face anti-state charges in Tajikistan would be tortured or subjected to inhuman and degrading treatment. The court also rejected as unreliable the Tajik government’s assurances that it would not subject anyone sent back to prohibited treatment.
As a party to the Convention against Torture and as a matter of customary international law, Belarus is obliged to ensure that it does not send anyone to a place where they face a real risk of torture or other ill-treatment.
“Odinaev faces a high risk of torture if returned to Tajikistan,” said Nadejda Atayeva, president of the Association for Human Rights in Central Asia. “No technical assurances Dushanbe could provide to the contrary will suffice given its terrible record on torture. Belarus’ cooperation with Tajikistan as co-member state of the Commonwealth of Independent States and the Shanghai Cooperation Organization should have no impact on its obligations under the Convention against Torture.”
Tajikistan Torture Refugees