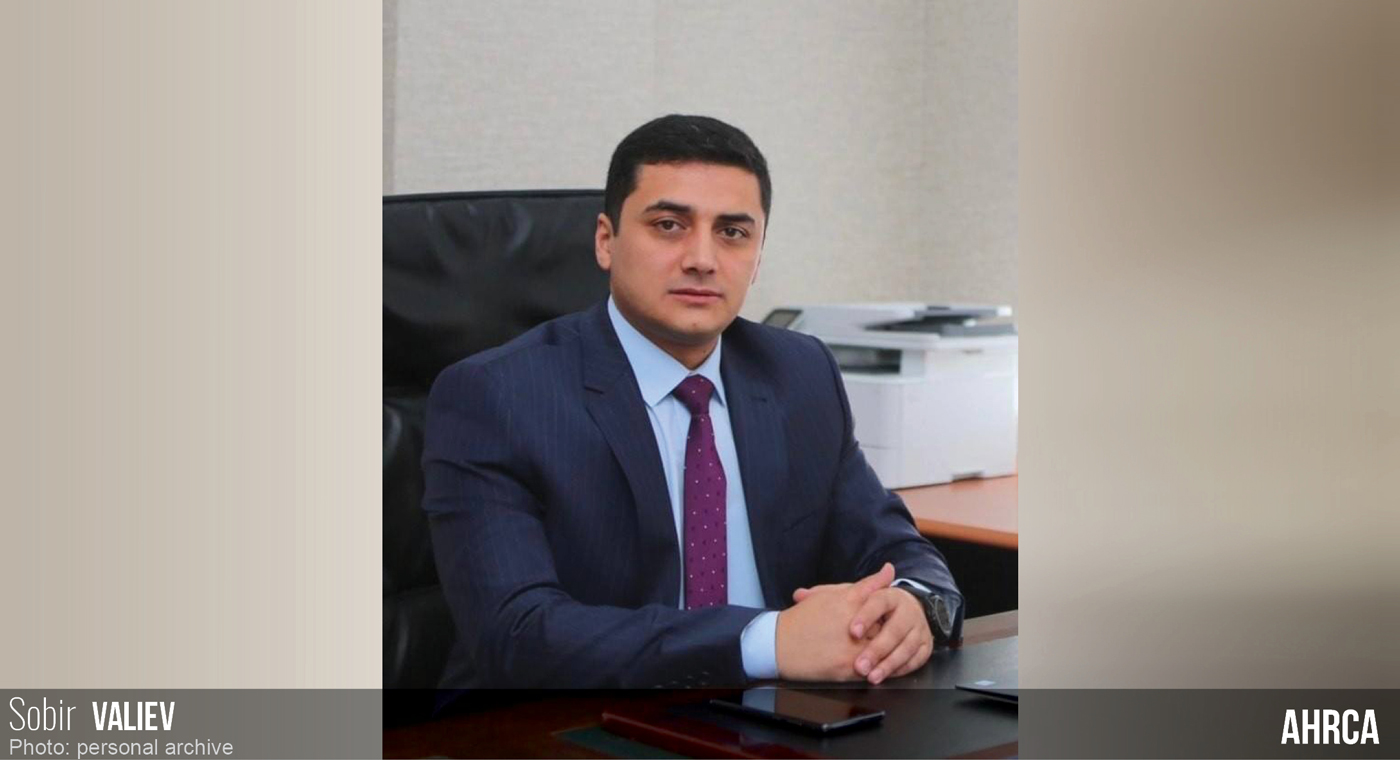 We call on Moldova to observe the principle that prohibits forced extradition of people to countries where they may face torture.
In Tajikistan opponents of the regime are systematically tortured, and Sobir Valiev is also under this threat.
Sobir Assodulloevich VALIEV was born on 3 April 1988 in the city of Dushanbe of Tajikistan. He has a degree in economics. He is a citizen of the Kyrgyz Republic since 2008. In 2007, he renounced his Tajik citizenship. This is confirmed by an official letter from the Ministry of Internal Affairs of Tajikistan. He is married and has three children.
He is a member of the Political Council of the Group of 24. Since April 2015 he is a Deputy Chairman of the Group of 24. In June 2015 he became a Deputy Head of the Congress of Constructive Forces, created by the union of six opposition political organisations on the basis of a democratic platform.
On 11 August 2015 a member of the Tajik opposition Sabir Valiyev was detained in the Kishinev Airport at the request of Tajikistan for his extradition. He was recently included in the wanted list under the following Articles of the Criminal Code of Tajikistan:
307-1 (Public calls for extremist activities);
307-2 (Organisation of an extremist community).
Sobir Valiyev will stay in the detention centre of the Police Commissariat of the Kishinev city for 40 days. Meanwhile, the Moldovan Prosecutor General's Office will consider the extradition request, made on the basis of the Minsk Convention on Mutual Legal Assistance. Sobir Valiyev’s lawyer has been working on the appeal against the request from Tajikistan for his extradition. Moldova should reject the request to extradite Mr Valiev, because the national legislation of Moldova does not provide for punishment of extremism, - the lawyer Ion Mazur told the Association for Human Rights in Central Asia.
From March to May 2015, Sabir Valiyev lived in Turkey, and then went to Kishinev for three months, where he officially rented a temporary accommodation. When he was flying back from Kishinev to Istanbul, at the passport control he learned that he was wanted.
Our organisation is in possession of a summons for questioning on 14 March 2015, sent by the Tajik Ministry of Internal Affairs to his home address in Tajikistan, where Sabir Valiyev previously lived permanently. Soon, “A Traitor” graffiti in the Tajik language appeared on the gate and the fence of his house. For the Tajik Special Services the summons is undoubtedly a formal pretext for opening an investigative case against the famous and courageous critic of the regime of Emomali Rakhmon. The intelligence agencies know that he lives in Kyrgyzstan, as a citizen of that country.
According to the information available to AHRCA, Sabir Valiyev left Tajikistan in 2007, he has his nationality of Kyrgyzstan confirmed and complies with the passport regime of this country and all the countries where he lives temporarily.
Tajik law enforcement agencies took interest in Sobir Valiev while he lived in Kyrgyzstan. In the opposition media, he openly criticised Tajik officials for their involvement in corruption and violations of fundamental rights and freedoms. His activity intensified after the murder of the leader of the Group 24, Umarali Kuvatov, in Istanbul. Mr Valiev openly distributed on the Internet photos, posters and videos of critical nature, he participated in the peaceful protest of the Tajik opposition. Among the Tajik community his speeches are popular, including the latest one, where he condemned the closed trial in Istanbul for the murder of Umarali Kuvatov.
Tajik law enforcement agencies claim that Mr Valiev calls for unsanctioned rallies and abets the commission of extremist crimes. Tajik authorities stress that Mr Valiyev is the Deputy Head of the opposition organisation Group 24, which the Supreme Court of Tajikistan declared "extremist" in October 2015.
Association for Human Rights in Central Asia (AHRCA) believes that these accusations are clearly a response to criticism by a member of opposition Sobir Valiev, whose opinion is trusted by many Tajik citizens.
AHRCA expresses its concern at the threat of compulsory return of Sobir Valiyev to his country of birth Tajikistan for his open expression of critical opinions. We call on:
— Government of the Kyrgyz Republic to provide effective protection to a citizen of this country Sobir Valiev against persecution motivated by false and politicised information provided by Tajikistan;
— Government of Moldova to fulfil faithfully the conditions of Article 3 of the Convention against Torture and Other Cruel, Inhuman or Degrading Treatment or Punishment, which states “No State Party shall expel, return ("refouler") or extradite a person to another State where there are substantial grounds for believing that he would be in danger of being subjected to torture”;
— UNHCR representative office in Moldova to visit Sobir Valiyev urgently and consider his application in accordance with the UN Convention relating to the Status of Refugees: According to Valiyev, it is becoming dangerous for him to remain in the CIS.
At the same time, the Association for Human Rights in Central Asia has informed the UN Special Rapporteur on Torture, the OSCE, the diplomatic missions of the EU countries and the United States, international human rights organisations.
Tajikistan torture