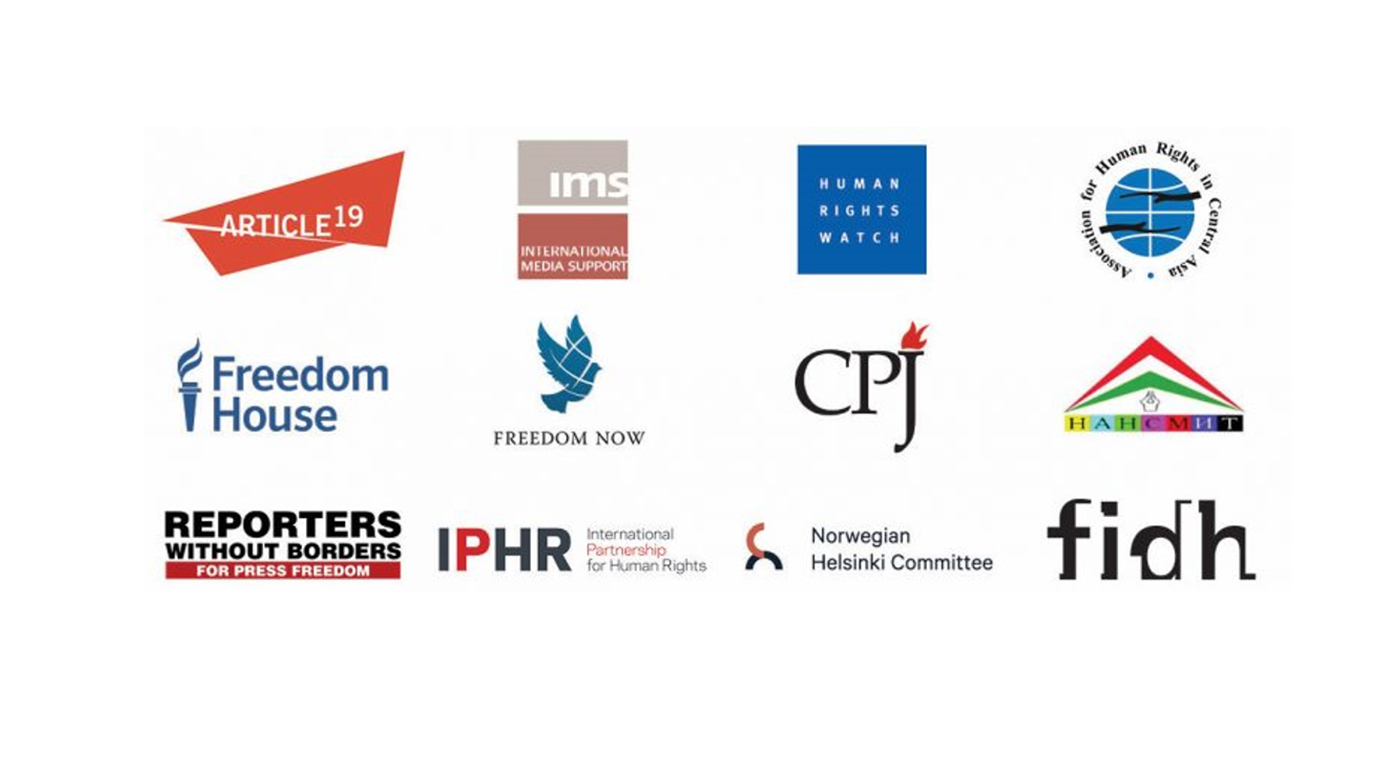 Government Should Respect Media Freedom
(London, August 13, 2018) –Diplomats and representatives of international organizations should press Tajik authorities to unconditionally set aside the conviction against a respected journalist convicted on politically motivated charges, the twelve undersigned human rights organizations said today.
The diplomats and representatives of these groups should attend the appeal hearing for the journalist, Khayrullo Mirsaidov on August 15, 2018 in Khujand City Court. It is expected to last several days.
“Attendance by representatives of the diplomatic community throughout the appeal process will send a clear signal to the Tajik authorities that violations of freedom of expression in the country will not go unnoticed,” said Katie Morris, Head of Europe and Central Asia at ARTICLE 19. “Tajikistan’s international partners should emphasize that Mirsaidov’s continued detention will have implications for the country’s international standing and its bilateral relationships.”
Mirsaidov’s conviction is in retaliation for his public allegations and criticism of corruption against local government officials in the Sugdh region, the groups said. Authorities brought the charges after he wrote a public letter in November 2017 to President Emomali Rahmon, calling upon him to address government corruption.
On July 11, Mirsaidov was sentenced to 12 years in jail on politically motivated charges of embezzlement and misuse of state funds, and false reporting to the police. His family was ordered to pay the local government 124,000 Tajik somoni (approximately 11,350 EUR or 13,000 USD] in financial damages, more than 10 times the average yearly salary in Tajikistan.
“The Mirsaidov case follows an established pattern in which whistleblowers, journalists, and others find themselves in the authorities’ crosshairs after uncovering corruption, crime and other violations,” said Marius Fossum, Norwegian Helsinki Committee regional representative in Central Asia. “Democratic countries must no longer tolerate the Tajik government’s brutal crackdown on freedom of expression and should consider imposing targeted sanctions against officials complicit in blatant rights violations, such as the bogus prosecution of Khayrullo Mirsaidov.”
UN human rights experts  condemned the sentence calling it a  “clearly targeted measure against journalism and the public’s right to information.” They said that Mirsaidov’s sentence demonstrates that “‘[the Tajik] authorities are cracking down on reporting of corruption, rather than on corruption itself.”
The criminal investigation and trial have been marred by serious flaws. Prior to his conviction, Mirsaidov was held in pre-trial detention for seven months following his arrest on December 5, 2017, although he posed neither a flight risk, nor a credible threat to public safety.
Mirsaidov’s work, including his stance against corruption, should be commended, not punished with a 12-year sentence on bogus charges,” said Steve Swerdlow, Europe and Central Asia researcher at Human Rights Watch. “If the proceedings against him and the outrageous sentence are allowed to stand, the small vestiges of freedom of free expression that exist in Tajikistan, are threatened with extinction."
Representatives of the Embassies of the United Kingdom, Germany, France, the United States, and the EU Delegation in Tajikistan have condemned Mirsaidov’s conviction as extremely harsh, saying in a joint statement that his sentence “will have a negative impact on the freedom of media and expression in Tajikistan,” and may affect bilateral relations with the government of Tajikistan.
“The international support shown thus far for press freedom in Tajikistan has been helpful and should be followed by continued pressure on the government to release Mirsaidov unconditionally,” said Gulnara Akhundova at International Media Support. “International representatives in the country should demonstrate their solidarity with Mirsaidov by attending his appeal and maintain pressure on the government throughout the appeal process to respect human rights and media freedom.”
ARTICLE 19
Association for Human Rights in Central Asia
Committee to Protect Journalists
Freedom House
Freedom Now
Human Rights Watch
International Federation for Human Rights (FIDH)
International Media Support
International Partnership for Human Rights
National Association of Independent Media of Tajikistan (NANSMIT)
Norwegian Helsinki Committee
Reporters Without Borders (RSF)
Tajikistan Freedom to express