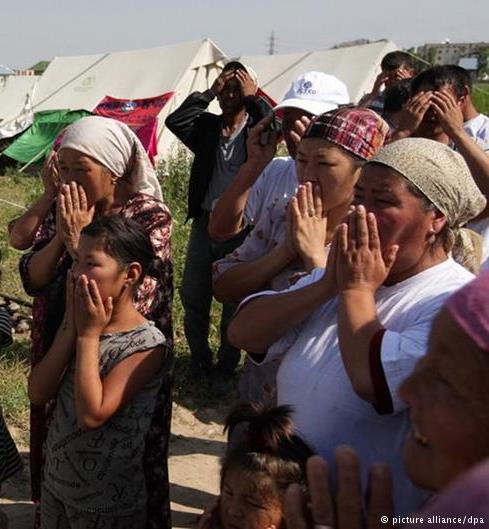 Fairness is the way to reconciliation
The tragic events in southern Kyrgyzstan that took place in June 2010 resulted in many casualties, including murder, rape and numerous violations of fundamental rights and freedoms, which in turn led to mass emigration.
The UNHCR estimates that due to the ethnic conflict in southern Kyrgyzstan, 300 thousand people were displaced, of whom 169,500 have not returned to their homes. Thousands of people were forced to leave Kyrgyzstan permanently. Since 11 June 2010, ethnic Uzbek residents of southern Kyrgyzstan have been leaving the country. Ethnic Kyrgyz residents who do not support the nationalists have been leaving too.
According our organisation’s observations, the majority of victims who left for another country never received international protection. Those who moved to Russia turned into migrant workers; many of them are wanted by Kyrgyz authorities for alleged involvement in the riots (in June 2010). In addition, those who moved to countries outside the CIS do not always find international protection, they are often afraid to give their real names for fear of disclosure of their location and causing problems for their families living in Kyrgyzstan. A large group of ethnic Uzbeks are forced to live in the territory of Uzbekistan illegally, but under a total control of the National Security Service of Uzbekistan. There is a high risk of their mass expulsion to Kyrgyzstan, contrary to Article 3 of the UN Convention against Torture.
Since June 2010, the Association for Human Rights in Central Asia  - AHRCA has received more than 3,000 reports of numerous cases of violations of human rights from the residents of southern Kyrgyzstan: torture, fabrication of accusations of ethnic discrimination, violation of property rights and the absence of effective remedies.
Association for Human Rights in Central Asia  - AHRCA calls on countries which took in the victims of ethnic conflict in southern Kyrgyzstan to:
— stop the enforcement of the deportation of ethnic Uzbek, Kyrgyzstan national, asylum seekers;
— review the application of ethnic Uzbeks in respect of whom a decision to deport was made;
— provide access to legal aid for refugees from Southern Kyrgyzstan and create conditions for their legalisation;
— provide humanitarian aid, if necessary, including the right to education of minors and health care.
Association Human Rights in Central Asia - AHRCA urges the government of Kyrgyzstan to implement consistently the recommendations of the Independent International Commission for Inquiry into the events of Southern Kyrgyzstan in June 2010, the International Crisis Group, which said that the situation in southern Kyrgyzstan is extremely difficult.
In southern Kyrgyzstan, ethnic Uzbeks continue to experience fear. It is amplified due to lack of protection of Uzbeks from a repetition of the tragedy. They have a right to international protection, including by UNHCR.
rule of law torture