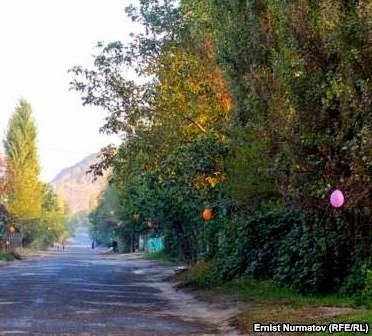 After the publication on the situation of ethnic Uzbeks in the Southern Kyrgyzstan, local police stopped accepting complaints regarding aggressive incidents motivated by nationalism.

Further provocative attacks took place on 24-26 November 2014 in Cheryomushki neighbourhood of the city of Osh which is densely populated by ethnic Uzbeks. A group of 10-15 young people of the Kyrgyz appearance attacks the local population. The attackers disguise their names. The law enforcement officials see signs of beating, but refuse to consider complaints about manifestations of ethnic hatred and do not seek to identify aggressive nationalists.

The following situation is becoming a norm in the Cheryomushki neighbourhood:

- There are taxi ramps near the “Kyrgyzia” cinema-house, where the drivers gather. There are some ethnic Uzbeks among the drivers, whose car windows often get smashed. The Uzbek drivers are often forced to provide a free lift or give away their vodka;
- Pedestrians – ethnic Uzbeks – are often mugged. For example, a passer-by was deprived of his mink hat, with shouting: "Death to Sarts!”
The local inspector of the Ak-Burinskiy district received the victims in the bases 42 and 43. Instead of making a complaint, they were asked to provide an explanatory letter in the Kyrgyz language. Then they were asked to provide money to buy petrol for the police to get to the location of the incident to investigate.
Of those convicted for events of June 2010, 530 people were sentenced under Article 299 of the Criminal Code of Kyrgyzstan (Inciting national, racial, religious or interregional hatred). All of them are ethnic Uzbeks. Last sentence was handed down on 23 October 2014 against Karamat Abdullaeva, the executive secretary of the Republican Uzbek National Centre. She was tried in absentia and sentenced to imprisonment for 16 years and confiscation of all her property.
In cases where the victim of nationalism gave up all his property as a bribe, a criminal case against him was dropped and replaced by an administrative offense - disorderly conduct.
The Association for Human Rights in Central Asia is concerned that ethnic Uzbeks in Southern Kyrgyzstan are not protected from criminal attacks at all. And that is why now they ask not to be identified by their names in our reports. Lack of trust in justice and the arbitrary context put them on the brink of survival.
Kyrgyzstan June 2010