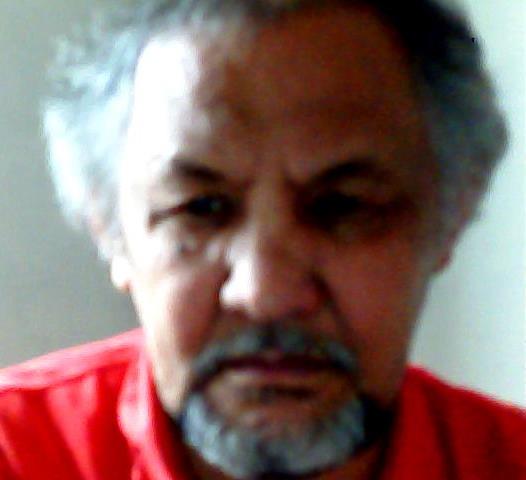 Certificate issued by the UNHCR is not regulated under the current legislation of the Kyrgyz Republic, which is why refugees face danger.
Recently, for this reason, Uzbek refugee and human rights activist Bahodir Namazov was detained.
Bahodir Tadzhibaevich NAMAZOV, born on 10 January 1955, in the Tashkent region.
He is a citizen of Uzbekistan.
He has higher education degree and is an information technology specialist.
He is Vice-President of the Human Rights Society of Uzbekistan (HRSU) (headed by Talib Yakubov).
Since 2012, he lives in exile. He has the status of a refugee recognised by the UNHCR.
Bahodir Namazov initiated public appeals in support of protection of the following imprisoned human rights activist:
— Azam Farmonov, born in 1978, is a human rights activist. Following several provocations, he was convicted in a sham case in 2006, sentenced to 9 year of imprisonment. He is currently detained in the prison ?? 64/71, in Jaliq.
— Nasim Isakov, born in 1966, is a human rights activist; on 20 December 2005 he was sentenced by the Dzhizak City Court to 8 years of imprisonment. He is currently detained in ?? 64/3, the Tavaksay village of the Tashkent region.
— Gaybullo Jalilov, is a human rights activist, member of the HRSU representing the town of Karshi. On 18 January 2010 was sentenced by the Bukhara Court Marshal to imprisonment for 9 years.
— Mehriniso Hamdamova, born in 1969, is a member of the HRSU. On 12 April 2010 she was sentenced to 7 year of imprisonment to be served in general regime penal colony.
— Zulhumor Hamdamova, born in 1960, was sentenced to six and half years of imprisonment on 12 April 2010 to be served in the general regime penal colony.
— Shakhlo Rakhmatova, born in 1965, is a member of the HRSU, on 12 April 2010 was sentenced to six and half years of imprisonment to be served in the penal colony of general regime.
On 18 March 2015, around 9:30 am, law enforcement officers in plain clothes came to the house in Bishkek, where Bahodir Namazov lives. One of them introduced himself as the local police officer. They carefully examined all the rooms and suggested Namazov to go with them to the Department of the Interior Ministry located in the Uritskiy Street (Bishkek). Upon arrival, they took his mobile phone away. Namazov was not allowed to exercise his right to a phone call. He was told to write an explanation and indicate his occupation, the possible membership of religious communities or organisations. They also took a photocopy of his Uzbek passport and checked whether he had grounds to stay in Kyrgyzstan. When Namazov presented the Certificate issued by the Office of the High Commissioner for Refugees of the United Nations (UNHCR), the law enforcement officers said that, for them, this document does not mean anything. In addition, they warned Namazov that if it turns out that he is wanted by the authorities, he will be extradited to Uzbekistan.
The police officers explained their position to Namazov as follows: we have the right to detain you for identification purposes, because the certificate issued by the UNHCR does not give the right to reside in Kyrgyzstan. In this document, there is no indication of the registration at the Migration Service of Kyrgyzstan. Therefore, according to them, Namazov is residing illegally at his home address.
It turns out that when the UNHCR issues a certificate recognising a person as a refugee, they do not provide a certificate of the Ministry of Migration of Kyrgyzstan giving the right of temporary residence. No one provided any explanation as to why they do not issue a temporary residence permit for persons awaiting resettlement to a third country.
Namazov’s Kyrgyz friends saved him. He miraculously managed to warn them of his detention. They came and vouched for him. Namazov escaped being arrested only for this reason. What would his arrest turn into is unknown.
However, Namazov’s detention did not cause any special concern in the local office of the UNHCR. They replied coldly, and not immediately. Generally, the employees of this office respond to refugees’ requests with great irritation. We are often told that it is useless to call the helpline, and in any situation of emergency they show indifference.
Partner organisation of the UNHCR in Kyrgyzstan Public Foundation Legal Clinic “Adilet” has its own experience of such cases. “Adilet” provided the following response to our request: “.. there are still problems with documents issued by the UNHCR. Status of the document issued by UNHCR is not provided for in the legislation of the Kyrgyz Republic. In each case, “Adilet” employees go to the local office in question and explain to law enforcement officials that the existing refugee certificate issued by UNHCR protects a person against forcible return to a country where his life or freedom would be threatened, in accordance with the Convention "On the Status of Refugees" of 1951, which the Kyrgyz Republic ratified in 1996. It is worth noting that the courts in their decisions also indicate that UNHCR refugee certificate protects the individual holder of the certificate from extradition”.
Association for Human Rights in Central Asia urges the UN High Commissioner for Refugees and the Government of the Kyrgyz Republic to resolve the issues involving the mechanism of protection of recognised refugees awaiting resettlement to a third country, and during this procedure to provide for the right to temporary residence in the Kyrgyz Republic.
Our organisation informs the following organisation of the situation the UNHCR recognised refugees find themselves in Kyrgyzstan:
— United Nations High Commissioner for Refugees (UNHCR);
— Office of the High Commissioner for Human Rights;
— Special Rapporteur on Torture;
— Diplomatic mission of democratic countries;
— International human rights organisations.
PDF
defenders Refugees