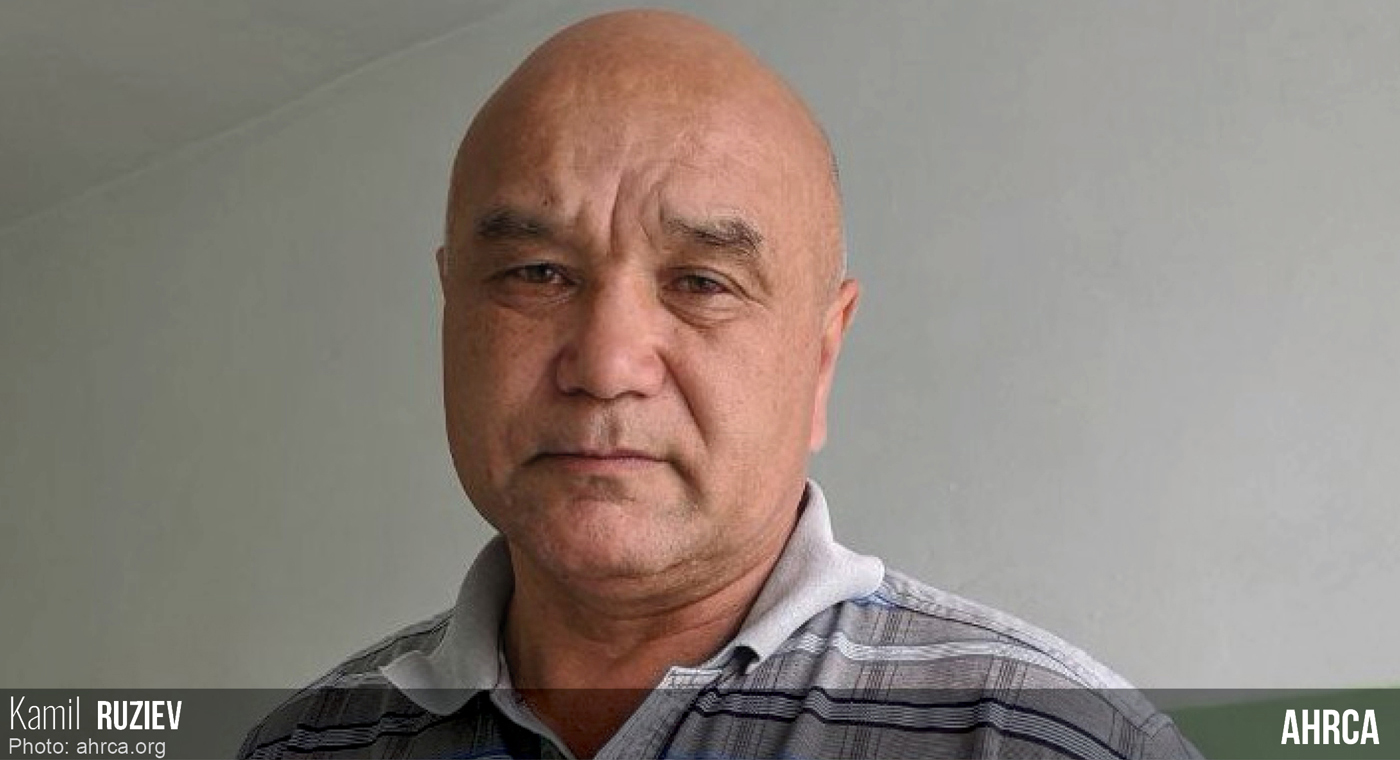 In Kyrgyzstan, human rights defender Kamil Ruziev is facing forgery charges that appear to have been brought in retaliation for his human rights work, in particular his efforts to hold security service officials accountable for torture and threats against his person.

The Kyrgyzstani authorities should immediately drop the charges against Ruziev, protect him against persecution and investigate the complaints he has filed about human rights violations, the Association for Human Rights in Central Asia (AHRCA), Civil Rights Defenders (CRD), International Partnership for Human Rights (IPHR), the Norwegian Helsinki Committee (NHC) and School of Law (SL) said today.

Fifty-seven-year-old Kamil Ruziev heads the public foundation “Ventus” and is well-known for defending the rights of victims of torture, domestic violence, and discrimination on the grounds of nationality. He has repeatedly filed complaints against security service officials and police officers in cases involving allegations of torture and other human rights violations. Recently he has also sought to ensure accountability for a high-ranking security service official who has repeatedly threatened to kill him because of his work (see more below).

On May 29, officers from Kyrgyzstan’s security service detained Ruziev in the city of Karakol in eastern Kyrgyzstan. Following his detention, Ruziev was informed that he is being investigated on charges of forgery under article 359, part 2 of the Criminal Code – an article that carries a punishment of maximum seven years’ imprisonment. To back up these charges, the security services’ press service published video materials showing three individuals, whom Ruziev has previously represented or assisted, accusing him of fraud. However, the human rights groups issuing this statement have received information indicating that the individuals were coerced into making these accusations against Ruziev. On May 31, Karakol City Court sanctioned the charges against the defender and he was transferred to house arrest pending the trial in his case.

“The circumstances of this case lead us to conclude that the criminal charges against Ruziev are aimed at punishing him for his human rights and anti-torture work. We call on the Kyrgyzstani authorities to immediately release him and drop the charges. Ruziyev’s case clearly shows how vulnerable a human rights defender is in Kyrgyzstan and how the GKNB, in violation of constitutional principles, coordinates attacks on critics of the regime”, said Leila Nazgul Seiitbek, Kyrgyzstan Representative at AHRCA.

During the two days Ruziev spent in the security services’ detention center in the Issyk-Kul region, interrogators subjected him to severe pressure, including threats and intimidation, in an attempt to make him incriminate himself. Ruziev told the AHRCA that authorities furthermore interfered with his right to legal counsel and that he was denied access to necessary prescription drugs. Following his transfer to house arrest, Ruziev was hospitalized due to stress, underlying health problems and a hunger strike he launched on the day of his detention. On June 8, three security service officials entered the hospital ward where Ruziev was being treated and attempted to interrogate him – with no legal counsel present.

Seeking justice for torture victims, Ruziev has filed a number of complaints against security service officials and police officers, in particular a former high-ranking officer who allegedly has committed torture, ill-treatment and other degrading treatment on several occasions. The officer in question responded with death threats. Last year, on June 10 and 12, and then on November 4, this officer leveled a firearm at Ruziev’s head and threatened to kill him in a bid to make Ruziev end his efforts to ensure accountability for the reported human rights violations.

“Instead of retaliating against our colleague for seeking justice, the Kyrgyzstani authorities  should guarantee his safety and initiate credible and swift investigations into his allegations of the intimidation and other human rights violations perpetrated by security services and police”, said Gunnar Ekeløve-Slydal, acting Secretary General and Head of Policy at the NHC.
The groups issuing this statement are also concerned that the security service is in charge of the pre-trial investigation in Ruziev’s case. Given the complaints the defender has filed against the service, there are serious doubts about its impartiality in this case. In addition, according to article 153 part 1 of Kyrgyzstan’s Criminal Procedure Code, crimes of forgery fall under the jurisdiction of the Ministry of Internal Affairs, not under that of the security services.
torture United Nations EU OSCE USA