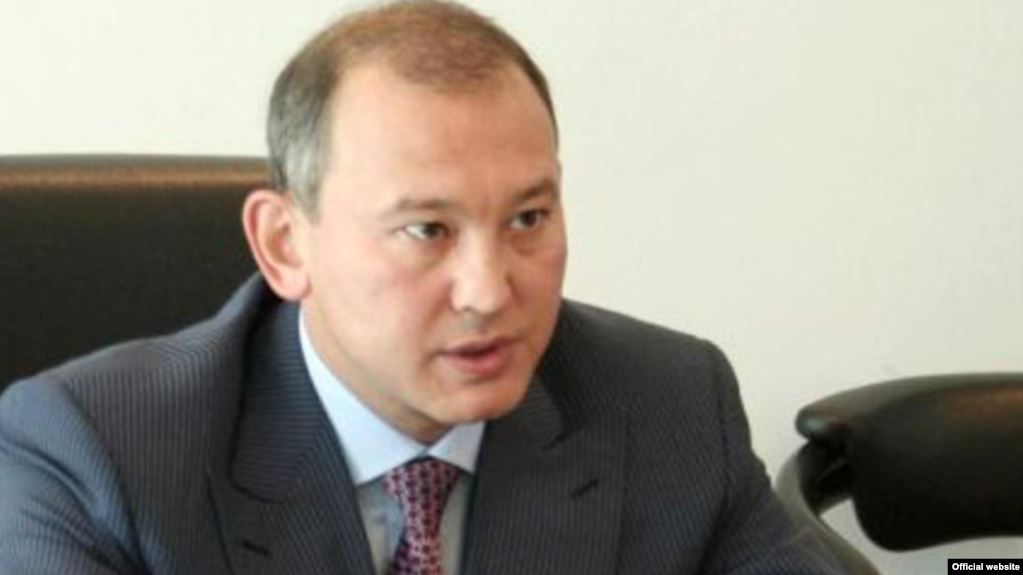 - Imprisoned Mukhtar Dzhakishev is critically ill and must be pardoned on humanitarian grounds.

The Norwegian Helsinki Committee and the Association for Human Rights in Central Asia today sent an open letter to the president of Kazakhstan, Nursultan Nazarbayev. The two organizations urge President Nazarbayev to grant pardon to political prisoner Mukhtar Dzhakishev on humanitarian grounds. Dzhakishev, serving a 14-year sentence since 2009, is suffering from life-threatening disease, and the groups expressed concern for his life if he remains in prison.

At the end of last year, doctors diagnosed Dzhakishev with a serious vascular disease that may ultimately result in death. He has earlier been diagnosed with enlargened heart and arterial hypertension – a form of high blood pressure. Dzhakishev has not been receiving satisfactory medical treatment in prison and his condition has been progressing rapidly.

If not properly and timely treated, his life will be in danger. In 2001 Dzhakishev’s father, suffering from the same condition, passed away following a sudden stroke. The Norwegian Helsinki Committee and the Association for Human Rights in Central Asia asked President Nazarbayev to release him on pardon so that he may receive necessary medical attention.

Recently, Dzhakishev’s elderly and ill mother pleaded with President Nazarbayev to release her son on pardon. In her plea, Dzhakishev’s mother wrote that her last wish in life is to see her son as a free man. With the open letter to President Nazarbayev the Norwegian Helsinki Committee and the Association for Human Rights in Central Asia hope to support her plea and encourage the president to grant Dzhakishev pardon on humanitarian grounds.

Open letter to the President of Kazakhstan, his Excellency Mr. Nursultan Abishevich Nazarbayev

We, the co-signing not-for-profit, human rights organizations, are writing to you to express our grave concerns about Mr. Mukhtar Dzhakishev’s medical state and ask you to grant him pardon on humanitarian grounds.

As you may be aware, Mr. Dzhakishev was arrested on May 21, 2009 and subsequently sentenced to 14 years imprisonment. As part of our mandate as human rights defenders we have been following his case closely ever since. Over the years our findings have given rise to serious concerns about his health condition. As of late we have come to fear for Mr. Dzhakishev’s life if he is not to be released.

Following years of suffering from high blood pressure, Mr. Dzhakishev is now at risk of stroke and heart attack, both of which may potentially be life threatening. In 2009 Dzhakishev was diagnosed with arterial hypertension – a form of high blood pressure – as well as left ventricular hypertrophy – also known as enlarged heart – which can lead to heart failure if not treated properly. According to medical personnel, he is also suffering from kidney complications as a result of his heightened blood pressure. In late 2017 doctors diagnosed him with angioencephalopathy – a serious vascular disease that can ultimately result in death. Underlining the seriousness of his condition, we call to your attention that in 2001 Mr. Dzhakishev’s father, Erkin Dzhakishev, suffering from the same condition, passed away following a sudden stroke.

His condition requires extensive treatment including regular controls by medical personnel specializing in this particular vein of disease, as well as timely examinations and medical care from specialists in regenerative medicine. Kazakhstan’s prison conditions do not provide him with the needed care. It is furthermore doubtful that he is able to receive necessary medical attention inside Kazakhstan – his defenders argue that such medical care can only be provided in certain Western countries.

We are respectfully asking you to grant Mukhtar Dzhakishev pardon on humanitarian grounds, so that he be released and may receive necessary and life-saving medical attention abroad.